Jota: "Although we have a staff member near, it's almost up to us and one ball. So it's a hard way to begin this preseason because that's what it really is"

Wolves star Diogo Jota says becoming a virtual football champion during lockdown has made him yearn to play for real even more.

"We could see what it meant to the people watching us play in the ePremier League because they miss football and for us it's even harder because we were the ones who were actually playing!," Jota told Sky Sports News. 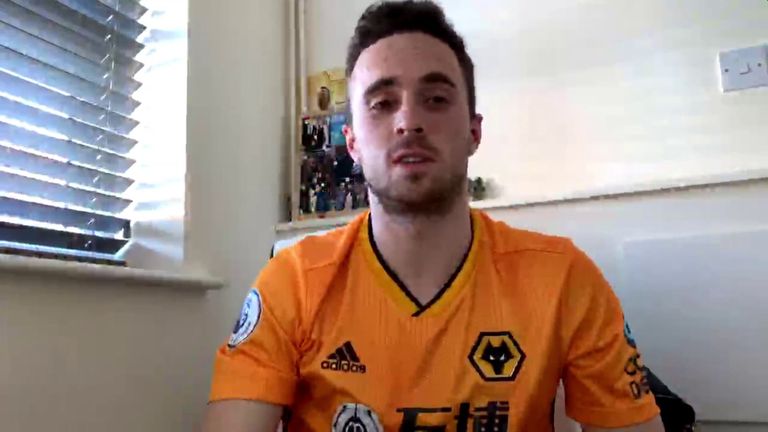 Wolves' Diogo Jota reacts to being crowned the ePL Invitational champion after beating Liverpool's Trent Alexander-Arnold in the final.

"I can't even remember the last time I passed a ball to anyone, so I'm not really looking forward to doing that.

"But training with my team-mates will be the first feeling that things are going back to normal. Playing a match again is something I am really looking forward to."

Jota has spent lockdown at home in the UK near his team's Compton training base, and the extra time to practise FIFA20 was clearly beneficial.

Now he describes the return to individual training with strict social distancing rules as effectively being the start of pre-season.

"It's strange overall," he said. "These are unusual times for everyone but it's quite similar to what we have been doing since the start of quarantine because it's still individual training.

"So although we have a staff member near, it's almost up to us and one ball. So it's a hard way to begin this preseason because that's what it really is." 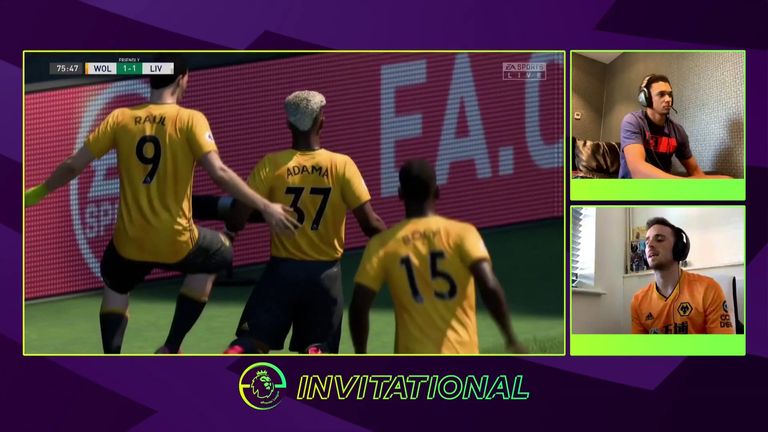 Wolves players are due to undergo daily coronavirus testing at the end of this week but Jota says they have not yet been fully briefed and are waiting for further information.

Meanwhile, the prospect of the Premier League returning behind closed doors is now looming large, and it's something Wolves have already experienced this season.

Their last game in March was the Europa League last-16 first leg 1-1 draw at Olympiakos.

"No one wanted that but we are out of action now for such a long time that we understand that when we begin again it needs to be behind closed doors to avoid social contact. And although it's strange it's better than not playing at all."

And how he wants to continue running riot in both the Premier and Europa Leagues. Back-to-back hat-tricks against Besiktas and Espanyol were "one of the most important moments of the season and in my career because it's not an easy thing to do". 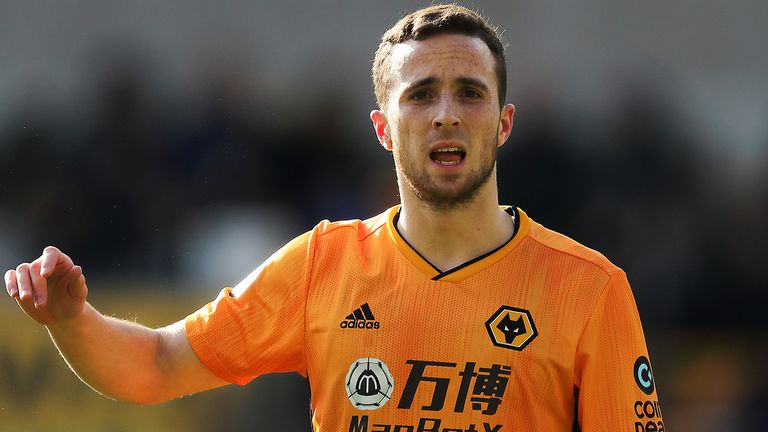 With Wolves set to resume 6th in the Premier League, he pinpoints the 3-2 win over champions Manchester City in December as the highlight of the domestic season.

"Beating Man City was a big result at home because we were behind and it required a lot even with an extra man," he said.