When Ralph Hasenhuttl last spoke to Sky Sports in November, Southampton were marching towards the European places with the Austrian's fabled 'playbook' leading them on their way. A first top-half finish of any kind in four years beckoned, despite one of the lowest net spends in the Premier League.

"If you want to compete as a smaller club against bigger clubs and still have a chance then you have to do something different," he said then, while Southampton weren't just competing with the best, but beating them.

The high point came on January 4, one of Southampton's finest nights of the season, beating champions Liverpool and moving level with Manchester City and Tottenham, four points off the top of the table.

Hasenhuttl had galvanised his squad with his patented 4-2-2-2 formation working like a well-oiled machine allowing the Saints to sit among the great and the good of the Premier League, with a small, tight-knit team operating well above the sum of its parts.

Four months is a long time in football. Southampton have dropped like a stone, with an alarming decline at both ends of the pitch. The high-intensity pressing game of the playbook has gone, the number of passes made per game has dropped by nearly a fifth, and the amount of shots ending in goals almost halved.

The difference between the expected goals they have faced to the number they have conceded - a fairly rudimentary indicator of goalkeeping performance - has jumped from nearly zero to 13.4, almost one a game.

Those raw stats bear out on the pitch, where the high-octane Hasenhuttl brand has gone and Southampton have become a chore to watch in the main. That small nucleus, a useful tool when things are going well without disruptive players sat on the outside, has stuttered badly as injuries hit and form falters.

"Because of the depth we have, we haven't been able to rest players out of form, so we have had to continue," Hasenhuttl tells Sky Sports. "After that, it's normal that we have some problems in having consistently high performances.

"When you're struggling a bit with performances, you automatically lose a bit of self-confidence, and with the ball especially. We have some players who have been full of belief and everything was working well, but after injuries and a few games we haven't won, it's not been the same.

"It's not surprising that it's happened, we see it all around, in other teams too - I've seen the champions doing that this season, and we are Southampton."

Fortunately, resilience is not in short supply in the manager's office. This is the same man whose Southampton side were left third-bottom after a 9-0 home defeat to Leicester 10 games into last season, before winning almost half of their remaining games to finish two points outside the top half.

When the Foxes return for the first time on Friday Night Football this week, it would be a good time to show some. After exiting the FA Cup semi-final with a whimper to the same opponent less than two weeks ago, ending the season on a high note to tee up a bright start to 2021/22 is high on the priority list.

"We've spoken a lot about the direction we showed after losing to Leicester," he said. "Going there at the end of the season and winning 2-1, finishing 11th after such a game, that shows how well we bounced back. It's part of our history, we take it, yes, but we take the best out of it.

"The first half of this season was also very successful. We played football in a way we haven't shown since I was here, very dominant, really creating some respect for our game. You could feel it when teams were playing against us, but with injuries over Christmas, with seven, eight, nine players out with injury, everything dropped massively. 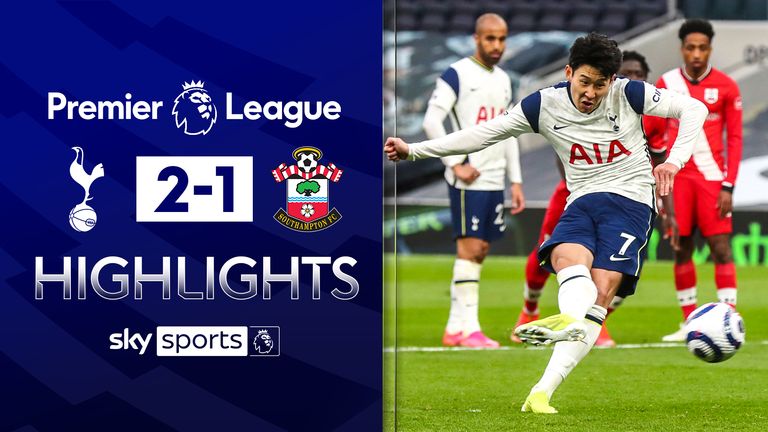 FREE TO WATCH: Highlights from Tottenham's win against Southampton in the Premier League

"Last season we won a lot of points in the final seven or eight games, and that's the goal for this year too."

Consistency over the course of a whole campaign is Hasenhuttl's next battle; piece together the final 19 games of last season and the first 19 of this one, and Southampton would be sat on 63 points, enough to mount a serious European charge.

Of course, life isn't quite as simple as that. A significant summer awaits on the south coast and as Southampton are unlikely to throw around megabucks, especially as the coronavirus recovery continues, any incomings will be expected to hit the ground running.

Hasenhuttl said: "We have a squad that is not so deep, and that leads us always to a position between 10th and 17th. When you want to change this in the future, when you see the top 10 teams, West Ham have been very good, Aston Villa were until Jack Grealish was injured and have then dropped off - it shows that we are not the only team who have struggled with injuries.

"Every summer is important, especially when you don't have a lot of money, then you need to have perfect targets. You cannot sign six players where three do not work. When we sign three, three have to work perfectly.

"We have to trust our scouting department, we are still focused on bringing new players in, and it will be very important for the whole squad. We know we need fresh blood every year to keep the duels high, and then everyone will perform better."

One incoming he would rather not add is a replacement for Danny Ings, who will enter the final year of his contract this summer and has long been linked with a move away from St Mary's.

The 2020/21 season has been a stop-start campaign for the 28-year-old, but he is still their top scorer and one of few players already at the club who can play a major part in taking them to the next level.

Hasenhuttl is well aware of his star man's talents and eager to sound a word of caution about leaving Southampton, with one eye on how how he will feature in the brighter future the manager is hoping to build. 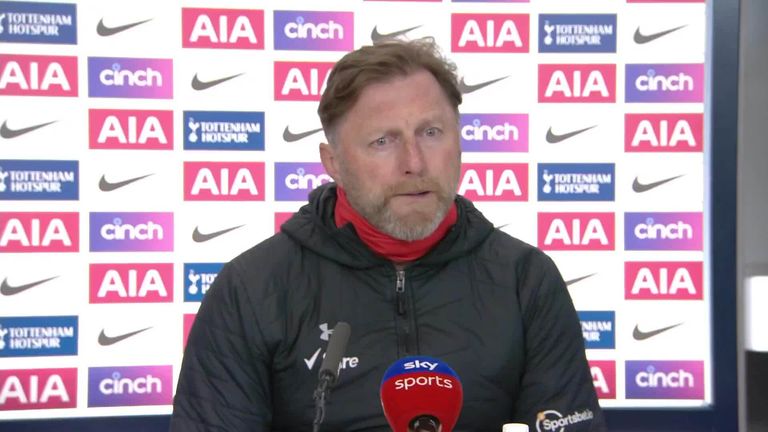 Southampton boss Ralph Hasenhuttl is unsure about the extent of the injury Danny Ings picked up against Tottenham, but insists his side must be able to win games without the striker

"I think Danny, especially, will stay with us," he says. "He knows with all his injuries he has had he has a very good spot to perform and come back, and I think this is important for a player.

"It's a risk to go into a final year of a contract with the risk of getting another injury, then things can be gone. It's something every player has to answer for themselves, and we hope he'll be with us for longer."

Long-term planning is a key to Hasenhuttl's methods at Southampton, and no fewer than 11 academy graduates have played under him this season as he looks to add to the club's long production line of talent in the coming years.

But with the future of Ings, onlooking potential incomings and the potential of several million pounds in prize money still up in the air on the final six games of 2020/21, the short-term is front and centre for now - starting on Friday night, live on Sky Sports.