Nathan Dyer made 347 appearances for Swansea over an 11-year spell at the club; he helped the Swans achieve promotion to the Premier League in 2011 and scored twice in their League Cup final win over Bradford in 2013; Dyer also won the Premier League while on loan at Leicester in 2016 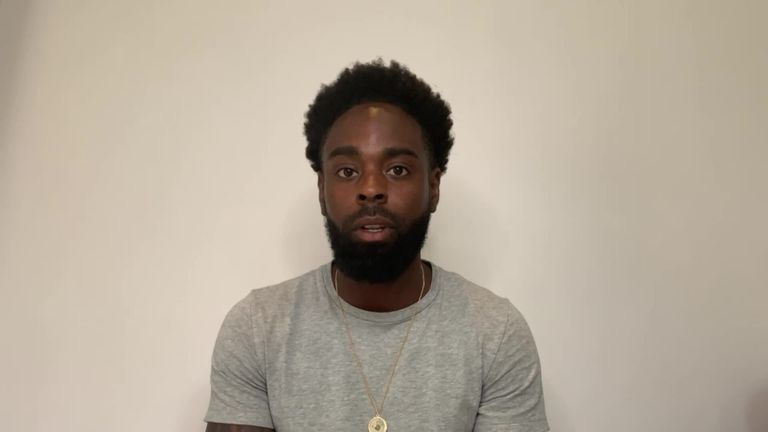 Former Swansea winger Nathan Dyer has announced his retirement from football at the age of 33.

Dyer, who also enjoyed spells at Southampton, Burnley, Sheffield United and Leicester, has been without a club since leaving Swansea at the end of the 2019-20 season and has now called time on his playing career.

He made more than 430 first-team appearances during the course of his career, including 347 during an 11-season spell at the Liberty Stadium.

Dyer helped the Swans achieve promotion to the Premier League in 2011 and scored twice in their League Cup final win over Bradford in 2013.

He briefly left the Welsh club for a season-long loan at Leicester during the 2015-16 season and was part of the squad that upset odds of 5000/1 to win the Premier League title under Claudio Ranieri.

"I just felt now was the right time to announce my retirement from football," Dyer told Sky Sports News.

The winger has called time on a 15-year career, with 11 of those spent with the Swans during a golden era in the club’s history.

"It's been a hard decision but I think with COVID hitting and a lot of other things going on in the world today, I just thought it was the right time.

"It's been about a year that I've thought about this decision, and it's not come lightly. I've been in football since the age of 17, so it was a hard decision but one that I made with my family and with a clear head."

Dyer added: "I'm so happy to look back and reflect on the career that I've had. I've come across managers, players and the success that I've had.

"I'm happy to look back and say that I have no regrets."

Dyer plans to remain involved with football after his retirement and is keen to use his experience to help the next generation of players with their mental health.

"I was lucky enough to have [former England international] Cyrille Regis as my mentor when I was younger and he helped me massively through the highs and lows," Dyer added.

"I did struggle a few times and he was always there to lean on and give me advice. That's what I'm looking forward to doing, helping the younger boys come through now.

"There's obviously a lot of distractions and pressures in football. Having been through a lot of it, I'm able to help."