Ruben Loftus-Cheek will consider his future once Crystal Palace have secured their Premier League status.

Saturday's 3-2 victory over rivals Brighton took Palace six points clear of the relegation zone, but the midfielder insists the squad can not afford to switch off for their four remaining matches.

Loftus-Cheek has made just four appearances in 2018 after struggling with injury but is still hopeful of earning a place in Gareth Southgate's England squad for the World Cup.

The 22-year-old, who is on a season-long loan from Chelsea, insists he is not thinking beyond this summer and remains committed to ensuring Palace's safety in the top flight. 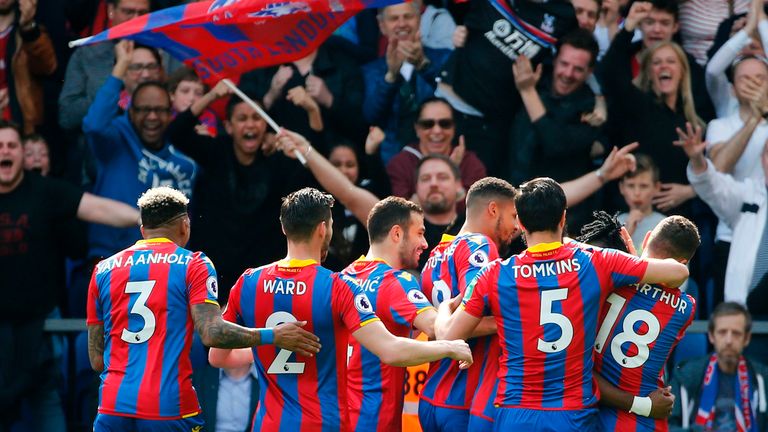 "I really haven't thought about what's going to happen next season. I've still got a few games now.

"Big games coming up, so I'm focused with Palace. Whatever happens next season, I'm not really looking at that right now. I'll deal with that when it comes.

"The experience of being a Premier League player playing every week is just massive. The feeling of it, of getting three points, I'm just not used to it.

"Every game means something, the supporters are fantastic and since I've come to Palace I've learnt to fight as a team and for the three points.

"We still have a lot of fighting to do so I'm very grateful for Palace and for the season I've had."

Asked if he was hoping to travel to the World Cup with England, he added: "Yes. Fitness is a big thing. I'm starting to feel improvements now.

"The first 90 [minutes back] was the hardest so I'll keep it going and try and get as fit as I can and as sharp as I can."