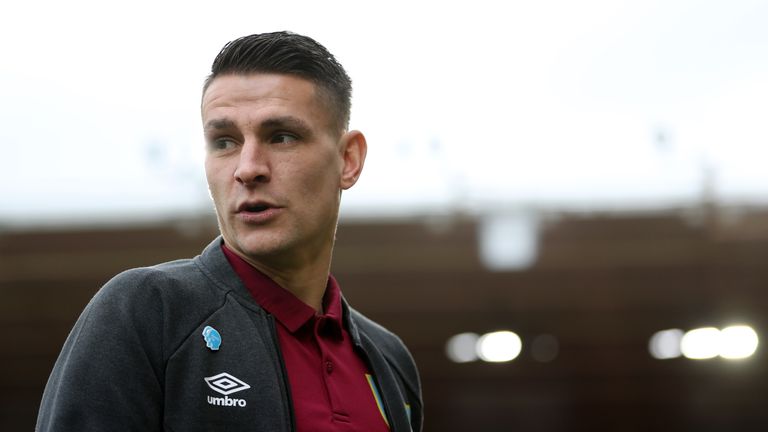 Burnley will have their sights set on a European place when the season resumes and their midfielder Ashley Westwood is delighted to be back in training .

Burnley's Ashley Westwood says it's been good to have "a little bit of normality" by returning to training for the Premier League's potential resumption.

Premier League clubs voted unanimously on Wednesday to approve a return to contact training, but players had already been working in small groups last week.

Westwood says he has enjoyed seeing his team-mates, albeit some from afar, and can't wait for the next step towards full training.

"We've been pushing each other which has helped," said the midfielder of his group. "It's not the same, we want to get back to the big groups as soon as possible."

Westwood's small training pod comprises of Ben Mee, Charlie Taylor, Jeff Hendrick and Robbie Brady, and he says it's been stimulating to have some sort of routine back.

The 30-year-old - who recently celebrated his birthday in lockdown - said it's good to be "back to a little bit of normality. Back to travelling up to Burnley and getting back in the training ground and getting to mix with our little pod.

"Unfortunately I've not really seen anyone else really, just through their cars. Hopefully the quicker it gets back to big groups, the better it will be for everyone."

Westwood has been keeping up his fitness levels while in lockdown and is confident he could last to the final whistle if required to play immediately. Former Southampton midfielder Matt Le Tissier says the Premier League clubs' approval to return to contact training is a 'huge step' towards the resumption of the season.

"It's actually been quite easy because we've had the hour a day to get the fitness in," he said. "I've been doing it every day - I didn't stop.

"The lads have come back flying. It's different to the summer; the summer you go for a complete shut-off, whereas this we knew we had nine games to finish off and we wanted to stay fit and finish off where we left the season.

"If I was to play Saturday I'd hope I'd be able to play 90 minutes - it's just the short stuff where it can be a bit dangerous with the muscle injury. I think we need maybe a couple of weeks to get back to the real short, sharp stuff, and then we should be ready to go." The Bundesliga was the first major football league to return, and while Westwood says it's "different" watching it without the crowd noise, he adds that it's up to the players to provide the intensity that home support normally would.

"It's nice to hear the crisp passes," he said. "As a footballer, there's nothing better than hearing that sound.

"As a fan, it feels like the intensity is not there but I'm sure it will be. I watched the game yesterday, the Dortmund vs Bayern Munich game. You saw the celebrations from the Bayern Munich players at the end, it just shows what it means to the players and it's down to us to do a professional job and get on with it."