Premier League relegation and Championship promotion must be decided on the pitch, says Stuart Webber

Webber: "Football should be played on a pitch and not in the boardroom" 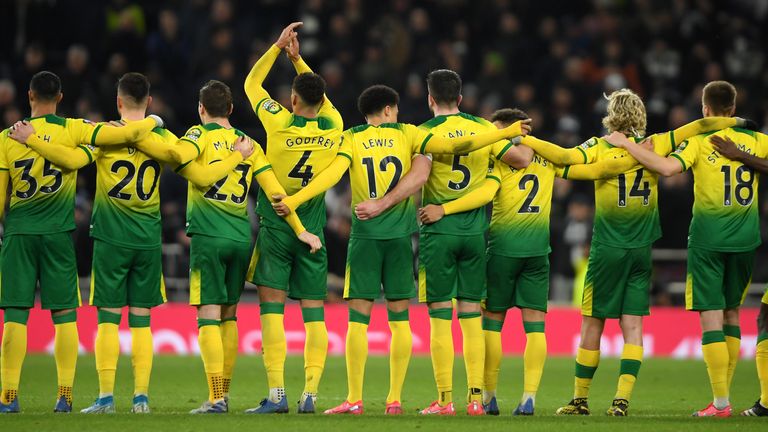 Norwich City sporting director Stuart Webber says it would be unfair for Premier League teams to be relegated and Championship sides to be promoted if football does not restart in both divisions.

Both the Premier League and Championship are intent on completing their respective 2019/20 seasons when it is safe to do so. However, there remains a possibility the seasons could be curtailed, with a points-per-game system being discussed as a possible method of deciding final league positions.

In that instance, Webber says it would be unfair to relegate or promote sides based on a season which has not been completed on the field of play.

Norwich are currently bottom of the Premier League, six points from safety with nine games remaining, while Leeds and West Brom are in the automatic promotion places in the Championship.

"In my opinion, it needs to be settled on the pitch, not off the pitch," he told Sky Sports on The Football Show.

"A big question we have around restarting is, it's fine if we restart and three teams get relegated. We look at it as though we're only six points off 16th rather than being adrift. But if we do [go down], that's fine, because that's where football should be played. Football should be played on a pitch and not in the boardroom. 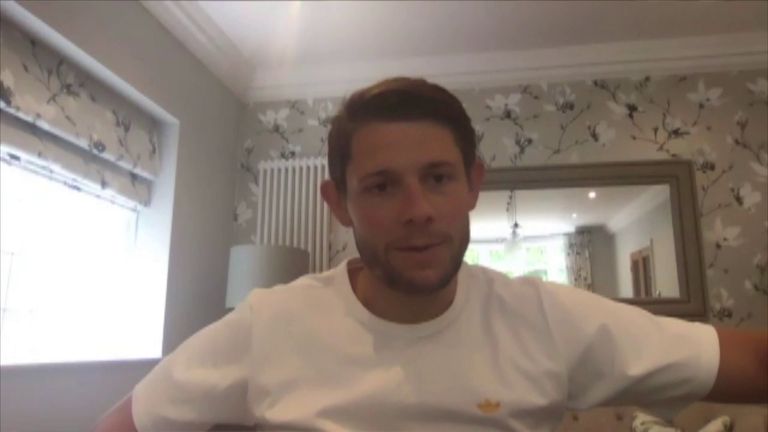 "But the Championship has to restart and play all their games also. What we could not accept is a situation where we play out all our games, get relegated but then the Championship can't play - because we don't even know if the government are going to let them play - and then they automatically promote some teams who haven't finished the season.

"That's a really important sporting point - it needs to be settled on the pitch, both coming up or going down."

Webber also revealed he is a Leeds supporter - and insisted that football fans would understand his stance.

Analysis: The next steps towards a Premier League restart...

Premier League clubs met on Monday to discuss a potential return to action.

There was a push for fixtures to be completed at home and away venues, a vote of agreement on how out of contract and loan players could be offered new deals beyond June, and discussions about testing and how that could lead to a return to group training.

Analysis: What now for Championship, League One and League Two?

The EFL is set for a pivotal few days as they continue discussions on how and when to finish the season.

The EFL board and clubs are set for talks to discuss both financial and competition matters, as the Championship, League One and League Two decide a way forward following the government's latest advice.

Here we explain what could happen next

After almost two months away, the Bundesliga becomes the first major European league to return this weekend - and you can follow all the action live on skysports.com.

Get minute-by-minute coverage and reports from the weekend's biggest games, starting with the Revierderby between Borussia Dortmund and Schalke on Saturday, kick-off at 2.30pm.

On Sunday, follow league leaders Bayern Munich's trip to Union Berlin, kick-off at 5pm, and on Monday night a match with huge impact at both ends of the table as Champions League-chasing Bayer Leverkusen travel to relegation-threatened Werder Bremen, kick-off at 7.30pm.