Watch Leicester vs Arsenal on Saturday from 5pm on Sky Sports Premier League; kick-off is at 5.30pm 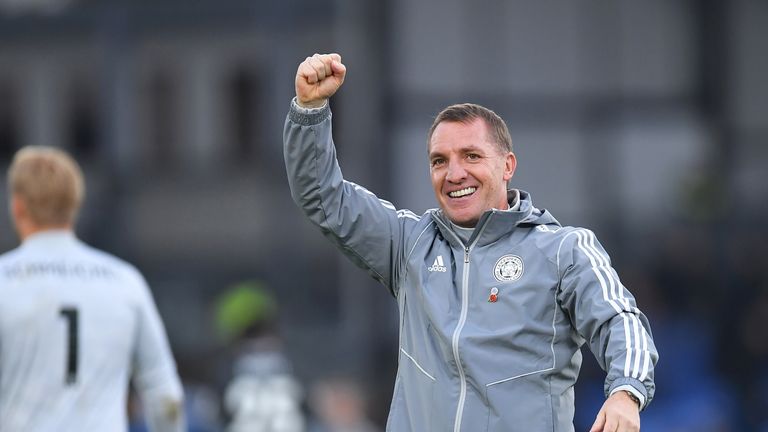 Leicester boss Brendan Rodgers has played down speculation linking him with other clubs, saying he already has a 'top job'

Leicester boss Brendan Rodgers has played down speculation linking him with other clubs, saying he already has a "top job".

He has impressed since returning to the Premier League from Celtic in February, and has led the Foxes to third place after 11 games this season.

That form has made Rodgers one of the favourites with bookmakers to become the next Arsenal or Tottenham manager following both of those clubs' slow starts to the season. 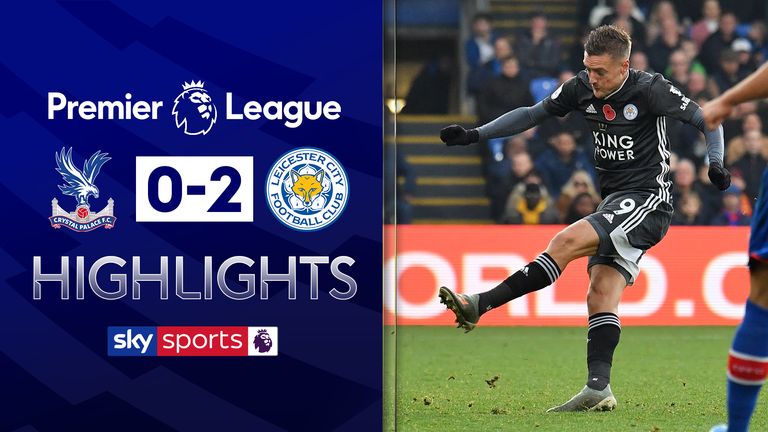 However, the 46-year-old is taking it all in his stride, telling Sky Sports: "If you work well, it's a natural consequence of what happens in this game - you'll get linked to other jobs.

"People link me, at times, to top clubs - I'm already in a top job. This is a fantastic club, a great job for me and in this moment with the ownership we have, the players I have, I'm absolutely loving every minute of it.

"All the gossip and speculation, whether it's for you or against you, is part of the game."

While Rodgers is flying high with Leicester, Arsenal head coach Unai Emery finds himself under pressure with the Gunners six points outside the top four and having won just one of their last six games.

Leicester will be seeking to pile the misery onto Arsenal when they host them at the King Power Stadium on Saturday - live on Sky Sports - but Rodgers understands what his counterpart is going through. 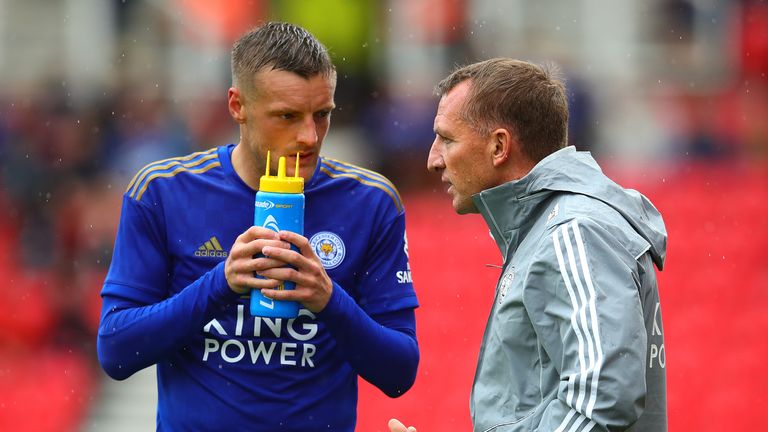 "But as a manager you really focus on what you can control. Unai is a proven coach, he's an experienced coach, so he'll be focusing on the performance of the team and not get involved in all the background noise that goes on.

Are Leicester better than when they won the title?

The Foxes go head to head with Arsenal on Saturday night in a key battle in the race for a top-four finish.

Those sides were the top two in 2015/16 and Leicester have the upper hand again, sitting in third with a six-point cushion on the fifth-placed Gunners.

Could top four be decided this weekend?

Could the top-four race really be settled before we have even reached December?

It would have seemed an unthinkable prospect at the start of the season, but the circumstances are such that it has become a distinct possibility.

Since the 2001/02 campaign, when the Premier League was awarded four Champions League qualification places for the first time, there has never been more than three points separating the team in fifth place and the team in fourth after 11 games.

This season, though, there is already a six-point gap between fifth-placed Arsenal and fourth-placed Chelsea, and it will be widened to nine if Chelsea beat Crystal Palace in Saturday's early kick-off and the Gunners lose to third-placed Leicester, live on Sky Sports later in the day.

Rodgers: Jose a big reference for me

Leicester manager Brendan Rodgers says Jose Mourinho "made a huge impact" on his career when he was at Chelsea as a youth coach. 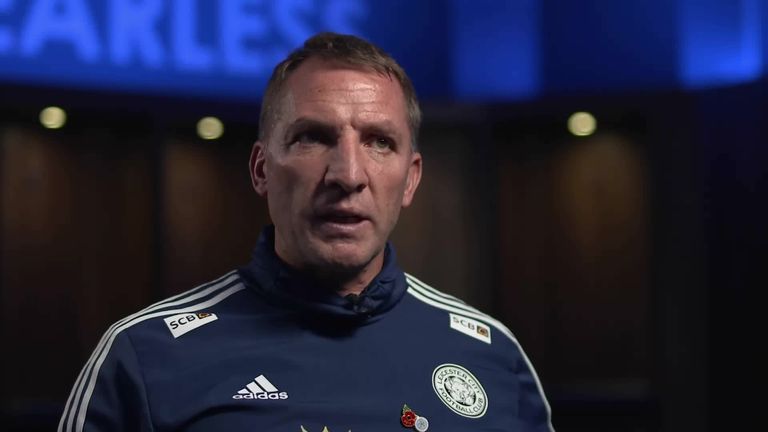 Rodgers was brought to Chelsea from Reading during Mourinho's first stint at the club, before making the step up into professional management.