"We want to protect the next generation," says Bournemouth boss

Eddie Howe says Bournemouth have introduced a "heading ban" for their youth teams amid fears over brain diseases caused by heading footballs.

Former footballers are around three-and-a-half times more likely to die from neurodegenerative disease than the general population, a recent study found.

This week, the International Football Association Board (IFAB) set up an expert group to investigate whether concussion substitutes could be introduced to football.

"With our young guys we have a heading ban in and around our academy," Howe said.

"I don't know what the ages are but I know that we don't look to head footballs with our eight, nine, 10-year-olds because their brains are still developing, without going into the science too much.

"So we certainly want to protect the next generation.

"Using softer balls is something we have spoken about here with some of the players to improve their technique, and then they don't have to head the real ball until their brains are older and they have developed and their skulls can take the impact in a better way." 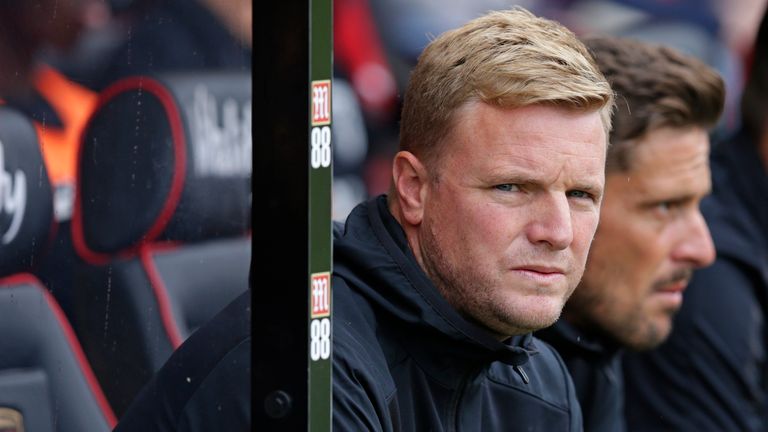 Bournemouth boss Eddie Howe says he's surprised by Watford's struggles this season, but expects them to turn around their form before too long

FA chairman Greg Clarke has been among those most vocal over the introduction of concussion substitutes in football and presented findings of the study commissioned by the FA and PFA to a FIFA Council in China this week.

Howe, who himself featured 246 times for the Cherries over two spells at the club, believes the conversation around heading the ball has shifted slightly since his playing days.

"When I look back and think of the number of heading sessions that I did; huge, huge numbers.

"As a small centre-half I knew that I needed to improve my jumping ability and my heading ability if I wanted to play at this level.

"But it is something that needs looking into to protect the next generation of footballers, if it is a direct link then we need to look at what we do."