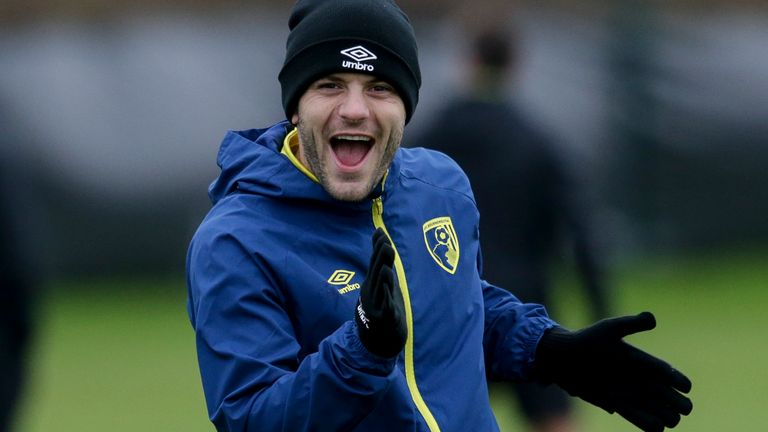 AFC Bournemouth have signed former Arsenal and West Ham midfielder Jack Wilshere on a short-term deal until the end of the season.

The 29-year-old had been training with the club as he looked to regain fitness after leaving West Ham last year and has impressed Jason Tindall enough for the Cherries boss to award him with a short-term contract.

Wilshere had a loan spell with Bournemouth during the 2016/2017 Premier League season, making 27 appearances as they finished ninth - the highest finish in the club's history - and he becomes their first signing of the January window.

"It feels great to be back and I can't wait to get started," Wilshere told afcbTV.

"From the minute I walked through the door three weeks ago, it felt natural and like I had never been away. 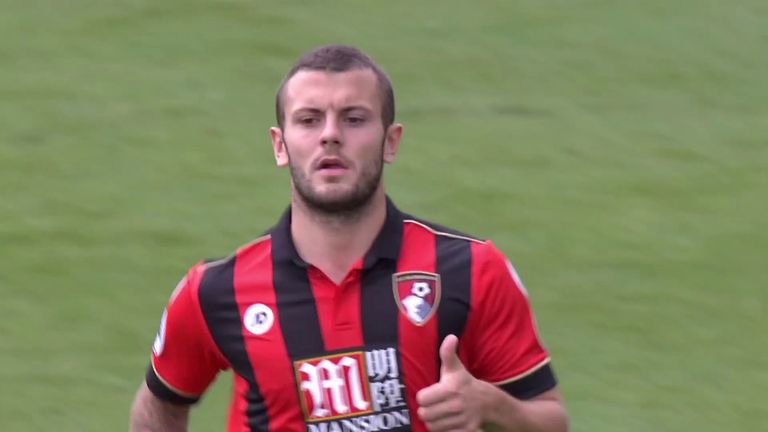 New Bournemouth signing Jack Wilshere - who was on loan there in 2016/17 - has 'unfinished business' at he club, according to manager Jason Tindall

"I know a lot of the players and staff here and I'm pleased they allowed me to train initially, and then it just went from, there.

"I've been impressed by the coaching staff, the way they work and the ambitions of the club to get back in the Premier League.

"We all share the same ambitions and I'm looking forward to playing my part in helping achieve those." 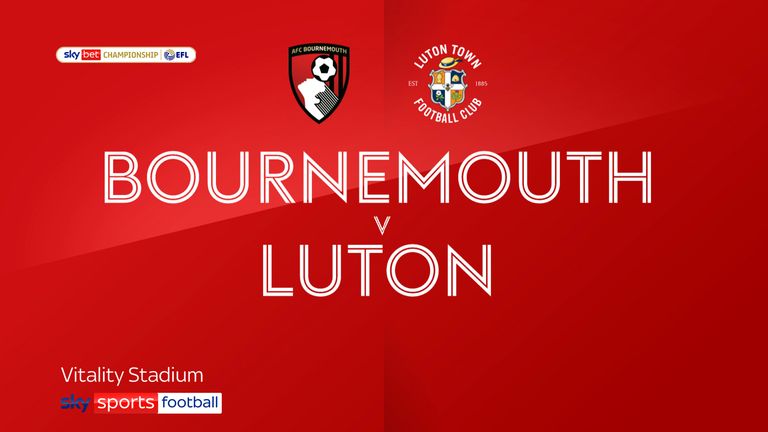 "He's had his injuries for a long time now it seems. He played well in his loan spell at Bournemouth. I think he will do a good job for them as they look to return to the Premier League.

"He can still do stuff, he's only 29, and still has a lot to offer. If he stays fit, there is a top-quality player there. Good luck to him."

Wilshere joined West Ham from Arsenal on a three-year deal in 2018, hoping to resurrect his injury-plagued career but played only 19 times in all competitions as groin and ankle injuries limited his game time. Gabby Agbonlahor has told his former club Aston Villa to sign Josh King to bolster their striking options as they face fixture congestion following a coronavirus outbreak among the first team.

The former England international, who last played for his country at the 2016 European Championship, made 197 appearances for Arsenal and won the FA Cup twice.

Wilshere could be joined at the Vitality Stadium by Aston Villa midfielder Conor Hourihane, with Bournemouth one of a number of Championship clubs chasing his signature.

Villa would be open to allowing the midfielder to leave on loan in this transfer window with a view to a permanent move in the summer.

Hourihane has 18 months remaining on his current deal but hasn't played for Dean Smith's side since November 30.

Despite signing Wilshere and the possible arrival of Hourihane, Cherries boss Jason Tindall remains keen to further strengthen his midfield.

Meanwhile, Tindall will have Jefferson Lerma available for Bournemouth's next three fixtures following a successful claim of wrongful dismissal.

The midfielder was sent off for serious foul play in the 26th minute of Saturday's 1-0 home defeat to Luton in the Championship.

The decision means the Colombia international will now be available for Tuesday night's game away to Derby.

The winter transfer window opens on Saturday January 2 and closes on Monday February 1.