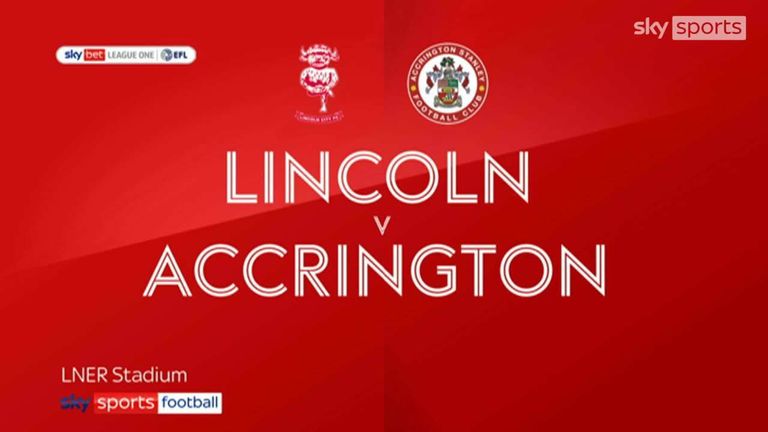 Highlights of the Sky Bet League One match between Lincoln and Accrington.

Lincoln were booed off by their own fans after losing 1-0 to Accrington and failing to score for a third consecutive game.

A close-range effort from Stanley's Colby Bishop proved the difference between the two sides.

The best of the action in a truly dismal first half came after just four minutes when Stanley's Ethan Hamilton curled wide following Sean McConville's corner.

At the other end isolated young striker Freddie Draper blazed over, before Chris Maguire's tame effort proved the first shot on target after 31 minutes.

Two minutes after the break a mistake by visiting goalkeeper Toby Savin gifted Lewis Fiorini the ball in the penalty area, but he could only roll the ball across the face of goal with no team-mate on hand to connect.

The deadlock was broken in the 55th minute, however, when Hamilton's shot from distance was palmed away by Josh Griffiths, but Bishop reacted quickest to tap Stanley ahead.

Seamus Conneely then went close to a second 12 minutes later, but Griffiths tipped his curling effort behind.

The Imps improved slightly in the closing stages and went close through Draper, who headed two Maguire crosses narrowly over.