Celtic vs Rangers: Hoops will not give Scottish Premiership champions guard of honour, says John Kennedy

Rangers ended Celtic's nine-year dominance of Scottish football by winning their first Premiership title for a decade earlier this month; Watch Celtic vs Rangers on Sunday - coverage begins on Sky Sports Football and Main Event at 11am, kick-off at midday 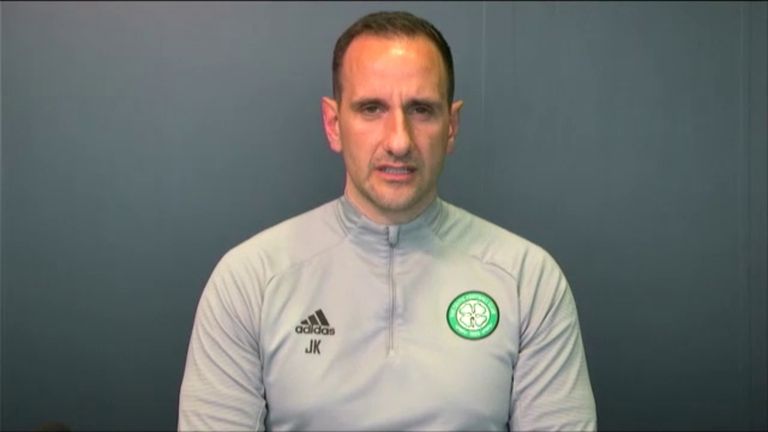 Celtic will not give Scottish Premiership champions Rangers a guard of honour at Celtic Park on Sunday, interim manager John Kennedy has confirmed.

The Scottish government announced on Friday the Old Firm will go ahead as planned, with both Glasgow clubs in league action for the first time since Rangers ended Celtic's nine-year dominance of Scottish football by winning their first Premiership title for a decade on March 7.

Brendan Rodgers, who won two Scottish Premiership titles while in charge at Parkhead, urged his former club earlier this week to show "humility and class" by giving Glasgow rivals Rangers a guard of honour.

Rangers also refused to give Celtic a guard of honour when they arrived at Ibrox as league champions in May 2019.

Speaking exclusively to Sky Sports, Kennedy said: "It is something that we have discussed. It is a subject that has been brought up and I have seen several people talking about it.

"It was the same two years ago when we were champions and if I am being honest, I don't think such a fuss was being made about it. I don't see it as a big issue.

"For us, we spoke collectively about it and we won't do it. It is not about lacking class, nothing like that, because we are a club that always shows class and dignity and do what is right.

"But ultimately this same group of players went in as champions and didn't get the respect that time if you want to call it that.

Walker: End of an era but Celtic can bounce back

Sky Sports' Andy Walker discusses Rangers' Scottish Premiership title win and the rebuild that faces Celtic, who he thinks can bounce back.

"They are the same players who are being asked to stand there. We have decided collectively as a group. We will just get on with the game, park that, so we will focus fully on the game and just put that to bed."

Doubts had been cast over whether the fixture would take place after government officials criticised Rangers supporters and the club as fans celebrated their 55th title win outside Ibrox and in Glasgow city centre earlier this month.

The Scottish Government and First Minister Nicola Sturgeon felt Rangers "could have done more" to prevent their fans from celebrating in large groups but, in response, Rangers chairman Douglas Park accused Sturgeon of a "dereliction of duty" and said the government failed to engage with the club.

Justice secretary Humza Yousaf said in a statement on Friday: "Ministers and officials have had extensive engagement with both clubs, the SPFL, Police Scotland and Glasgow City Council ahead of the game.

"Celtic and Rangers have strongly emphasised to their supporters throughout this week that they must stay at home and not gather. I welcome their positive and constructive approach to working with us to ensure the game can safely take place behind closed doors. 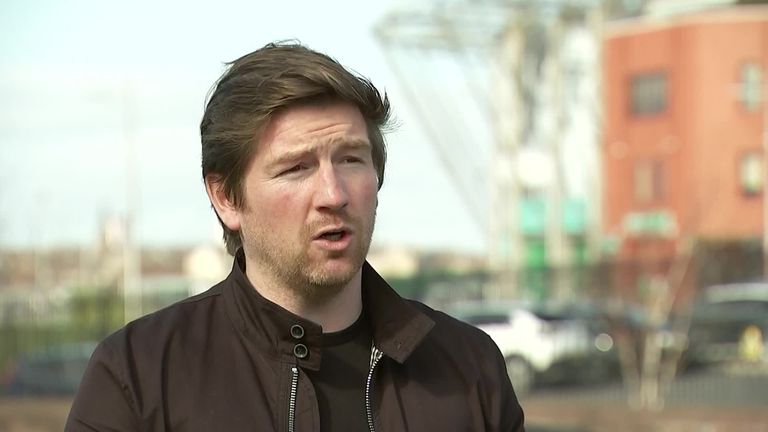 "Police Scotland have confirmed there will be a significant police presence in Glasgow to maintain public safety. I urge the fans to listen to the messages from their clubs, the police and government to stay at home."