Neil Lennon believes Aberdeen striker Sam Cosgrove deserved to be sent off in Celtic's 2-1 win over the Dons on Saturday.

Cosgrove was was dismissed by referee Euan Anderson in the 69th minute after flying into Hoops defender Kristoffer Ajer.

The Pittodrie club have appealed against the decision and the case will now be heard by a Scottish Football Association fast-track disciplinary panel on Tuesday.

Ahead of the trip to St Mirren on Boxing Day, the Celtic boss claimed Cosgrove's tackle was "unnecessary" and could have caused injury to his player.

"He did get a lot of the ball but there was intent there," Lennon said. "I didn't think he needed to make the challenge in that area and the way he did it.

"Ten years ago I would have been happy with a challenge like that but with the game as it is now, on the follow-through it maybe could have hurt Kristoffer and he is maybe lucky that he didn't come off with a bad injury or an injury of some
sort."

Lennon continued: "Looking at it at the time, it was a full-blooded challenge but when you see it again I am thinking, 'Why are you making a challenge like that? You are setting yourself up for trouble'.

"So the way the game is, it was probably the correct decision. "You always worry when a player has left the ground that the excessive force could be dangerous." 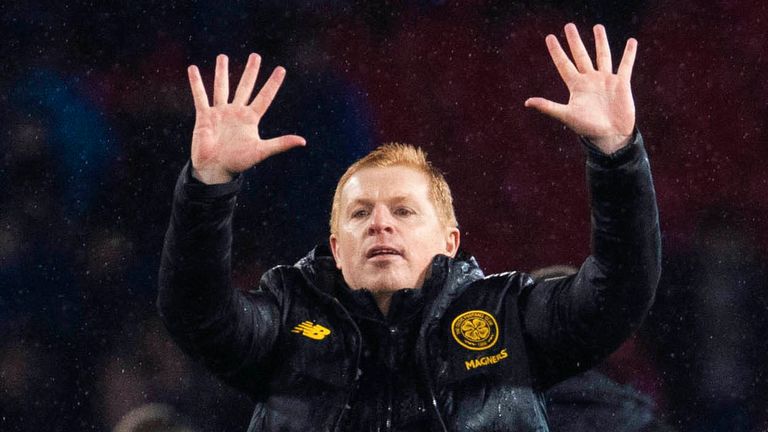 Lennon also revealed Celtic have had transfer talks with Slovan Bratislava over striker Andraz Sporar, after the Slovakian club released a statement claiming Celtic had made an offer for the striker.

"There was talks I believe yesterday (Monday) but he is one of a number of options that we are talking to at the minute. There is no further progress on that one," he said.