Celtic are close to reaching an agreement to sign Ben Davies during the January transfer window; The left-footed centre-back has made 18 appearances in the Championship for Alex Neil's Preston this season

Celtic will look to buy Preston’s Ben Davies in this transfer window, if they can agree personal terms with the player.

Talks are said to be progressing well and at an advanced stage for the 25-year-old centre-back, and Celtic are prepared to negotiate a deal with Preston this week.

The Championship side are said to be looking for a fee of between £2m and £2.5m from Celtic for Davies, having quoted £3m to Bournemouth who are also keen on the defender.

Davies has received a lot of interest given that his Preston contract expires in six months, including from Sheffield United.

Celtic had also held initial discussions with out-of-contract Preston midfielder Ben Pearson earlier in the window but have not taken them further. 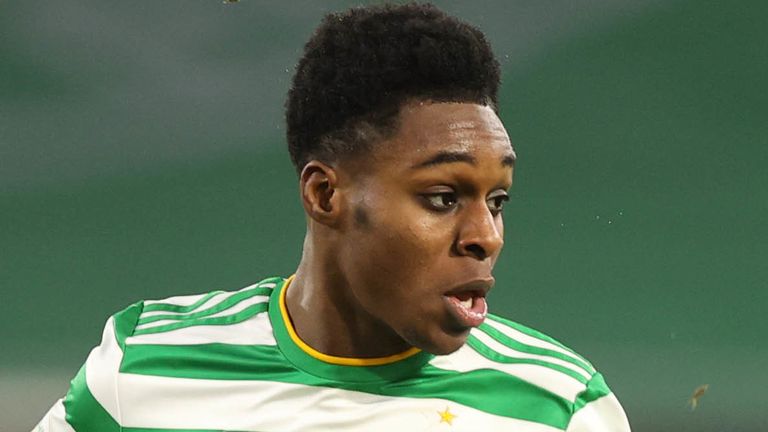 Neil Lennon says Celtic have received a 'robust' offer for Jeremie Frimpong and the defender is abroad speaking to another club.

Meanwhile, Jeremie Frimpong is on the verge of leaving Celtic and is currently abroad speaking to another club, manager Neil Lennon has confirmed.

The Hoops were in talks with Leicester City over a move for defender Filip Benkovic, with the club keen to provide cover for the injured Christopher Jullien, but the Croatian international joined Belgian side OH Leuven earlier this month until the end of the season.