Ange Postecoglou: "I am not going to change my approach because people keep talking about the fact that there is pressure and it is Celtic. I am not living in some bubble that I don't realise that if it doesn't go well, the responsibility won't lie with me." 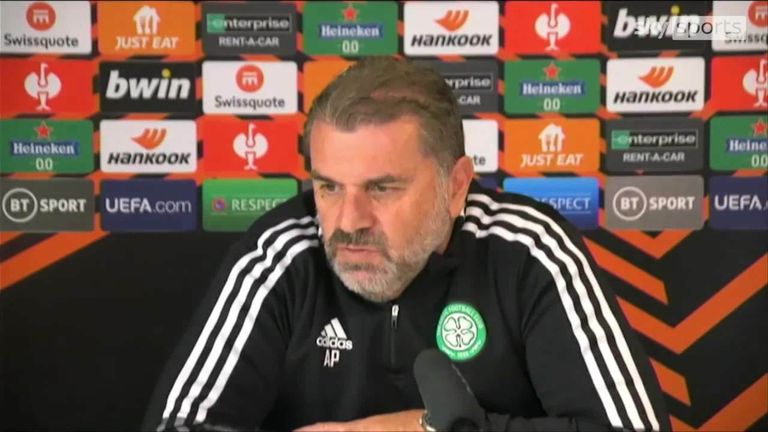 Ange Postecoglou believes some elements of the Scottish media have been "condescending" towards him since he became Celtic boss but insists he will not be thrown off course.

The former Australia manager took over at Parkhead in the summer but has not found it easy in his early days in Glasgow.

Celtic's 1-1 draw at home to Dundee United at the weekend kept them in sixth place in the cinch Premiership, six points behind leaders Rangers, having collected 10 from seven matches.

Afterwards however he claimed that suggesting this had any wider implications for their season was premature, saying: "You call things early here, don't you?"

Speaking ahead of the Europa League Group G game against Bayer Leverkusen at Parkhead on Thursday, Postecoglou, 56, shared his thoughts about his Hoops tenure so far.

"To be honest, the only thing I don't like is the condescending nature of the questions," said the former Yokohama F Marinos boss, who revealed that defender Josip Juranovic is out for two weeks with a hamstring injury.

Highlights of the Scottish Premiership match between Celtic and Dundee United

"Maybe that is the intent, maybe people just want to be condescending, that's up to them.

"In terms of pressure, criticism or scrutiny, that is fair enough, that is what people who are passionate about the game will do when they analyse the team and I have no issues with that.

"In terms of calling it early, I see no reason why you would declare someone a champion in September when you have more than 30 games to go.

"It is not a frustration. If the intent is to be condescending towards me and who I am in my career then I guess they are achieving their point.

"I guess my point about all that is I am not going to change my approach because people keep talking about the fact that there is pressure and it is Celtic.

"I am not living in some bubble that I don't realise that if it doesn't go well, the responsibility won't lie with me. I understand that.

"It's not all. Some people have been fair with their criticism and scrutiny but some people just want to be condescending towards me, they have been from day one, they probably don't think I deserve to be in this spot and that's fine. That's neither here nor there for me." 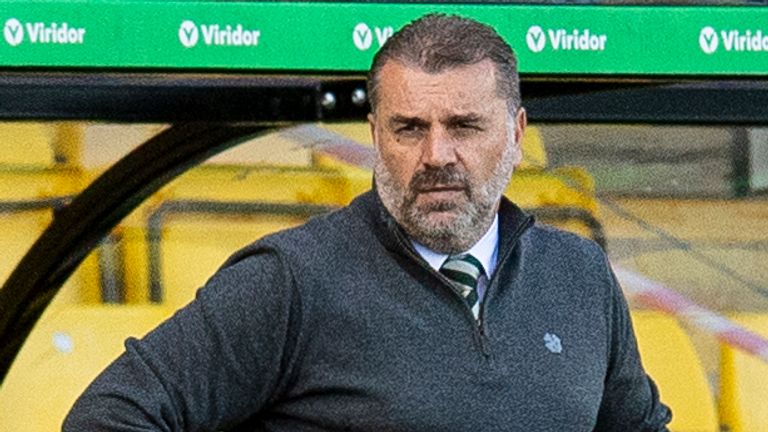 Former Hibernian and Celtic forward Darren Jackson says Celtic need to learn how to win ugly under Postecoglou, otherwise the fans could start to lose patience

Postecoglou revealed that midfielder James McCarthy has shrugged off a knock while skipper Callum McGregor, Japan attacker Kyogo Furuhashi and Greek striker Giorgos Giakoumakis, yet to make his debut, all trained on Wednesday after recovering from their various injuries.

Although there is "zero possibility" the latter three would start, Postecoglou, who has a league trip to Aberdeen on Sunday before the international break, said: "Is there a possibility they will get some game time tomorrow?

"Yes, there is but I have to be careful. See how they feel. I am keen to get them some game time before the international break."

While Celtic lost 4-3 away to Real Betis in their group opener in Spain, Bundesliga side Bayer Leverkusen beat Hungarian outfit Ferencvaros 2-1 in Germany.

Postecoglou predicted a night of excitement at Celtic Park.

He said: "We want to take it to them and they will certainly take it to us, we are going to get tested and hopefully it is a great game of football for our supporters to get excited about and hopefully we play our part in that."