Celtic are in talks with Rubin Kazan over a deal to sign Sead Haksabanovic; Ange Postecoglou says "it is getting close"; Celtic have made seven summer signings so far during the transfer window

Celtic boss Ange Postecoglou has revealed winger Sead Haksabanovic is closing in on a move to Parkhead.

The Scottish champions were one of four clubs interested in the 23-year-old Montenegro international.

Haksabanovic has been training in Sweden after a loan spell with Djurgarden and he does not want to return to Kazan. 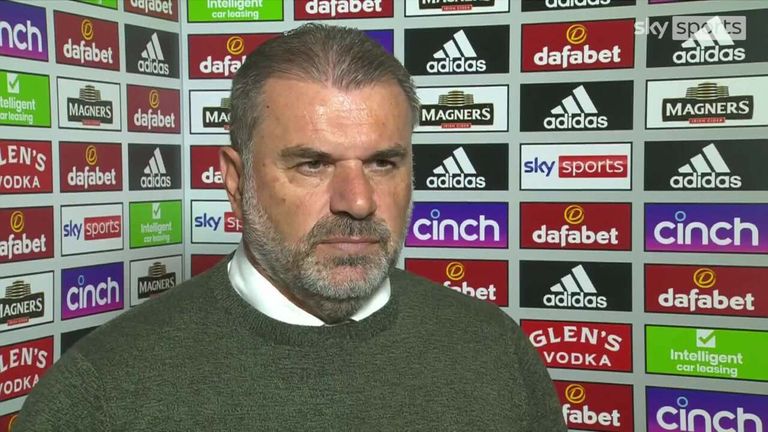 Following a 2-0 win over Hearts, Postecoglou was asked if the deal was close to being completed and said: "Yeah I think that's a fair assessment, it's getting close."

Celtic have seven signings so far this summer, including permanent deals for Jota and Cameron Carter-Vickers.

With less than a fortnight until the transfer window closes, Postecoglou insists the club will move for the right player.

"Our recruiting this year has been around making our squad better and more robust, compared to last year," he said.

"If you look at the players we've brought in, that's what they've added to our squad.

"So it's not a specific area as such, it's more if we can get a couple of players who can play a couple of positions it will help us."

Christopher Jullien has left Celtic to join Montpellier on a permanent deal.

The 29-year-old French defender joined the Hoops from Toulouse in June 2019.

Jullien helped the club to a domestic treble in his first season and scored the winning goal in a 1-0 win over Rangers in the Betfred Cup final at Hampden Park.

"Everyone at Celtic FC would like to thank Chris for his contribution to the club and wish him good luck for the future."

Jullien fell down the pecking order under Ange Postecoglou after recovering from a long-term injury sustained when he crashed into a goalpost in December 2020 and now he has returned to Ligue 1.