Scott Arfield to miss Wednesday's match against St Mirren after injuring his ankle; midfielder also a doubt for Saturday's Old Firm clash; watch Rangers vs Celtic on Sky Sports Football and Main Event from 11:30am on Saturday; kick-off 12:30pm 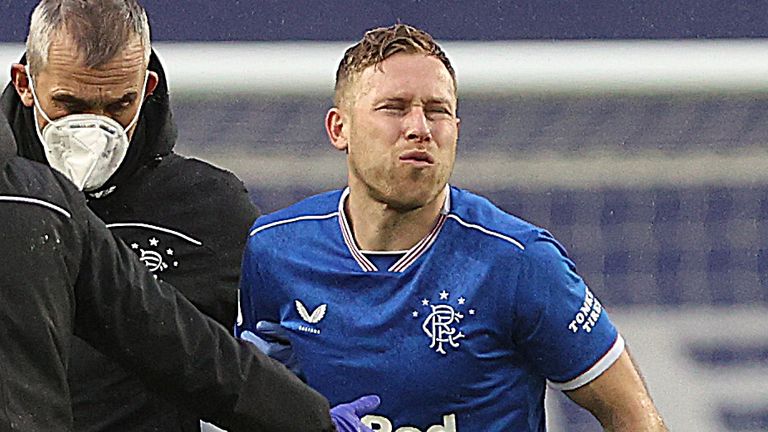 Gary McAllister hopes Scott Arfield's ankle injury is not as bad as first feared but admits he is unsure if the Rangers midfielder will be able to face Celtic on Saturday, live on Sky Sports.

Arfield had to be replaced just six minutes after coming off the bench during Saturday's 1-0 win over Hibernian after being hurt in a collision with Melker Hallberg.

The Canada international will miss Wednesday night's match at St Mirren and assistant manager McAllister is unsure if he will also be ruled out of this weekend's derby clash, as the Premiership leaders look to extend their 16-point lead over their Old Firm rivals.

"It is obviously difficult to find a facility to get a scan for Scotty (because of the time of year) but he is en route as we speak," said McAllister.

"We're just waiting for the results to come back.

"It's quite rare to see Scotty lie down on a pitch and be carried off as he's generally very robust, so it was pretty disappointing to see him come off the pitch the way he did.

"But we're hopeful that the scan will show up better than how it first looked.

"We'll wait purely for the results of the scan (before deciding how long he will be out). That's the position we're in." 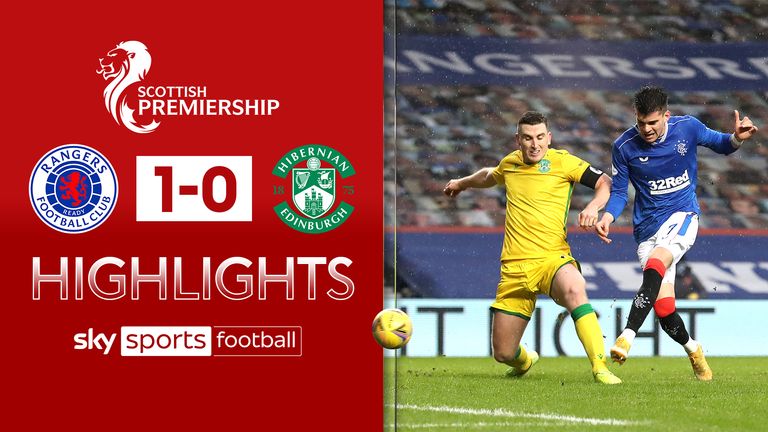 Highlights of the Scottish Premiership match between Rangers and Hibernian

Jack hasn't played since suffering a knee injury in the 4-0 win over Aberdeen on November 22 and McAllister says Rangers are taking a cautious approach with the Scotland international.

"As far as he is concerned, we're just going to have to be a bit more patient with Ryan," added McAllister.

"We were hopeful he could have been in and around the Hibs game but unfortunately… we're just going to sit back and wait for Ryan to get fully, fully fit."

McAllister is confident Rangers have enough squad depth to cope without Arfield and Jack in what is set to be a crucial period in the Premiership title race.

"I think it has been mentioned a few times that have got a big squad and I think that's what you need, to meet the demands of this schedule that we have," he said.

"Obviously we're not focused on Europe at the moment but the league schedule is very fierce.

"This is where we've got to utilise and use the squad. Try and rotate things but be very careful of not disrupting the rhythm that we're in at the moment, because we're in a good place."