The SPFL fully expects Wednesday's game between Aberdeen and Hamilton Academical at Pittodrie to go ahead as scheduled.

Eight Aberdeen players are self-isolating, after two tested positive for coronavirus last week following a trip to an Aberdeen bar on August 1.

The city of Aberdeen remains in a partial state of lockdown following an outbreak of coronavirus.

All 12 Scottish Premiership club captains and managers held talks with Dr Jason Leitch, the Scottish Government's National Clinical Director, on Monday evening in the wake of the breach of regulations at Aberdeen. 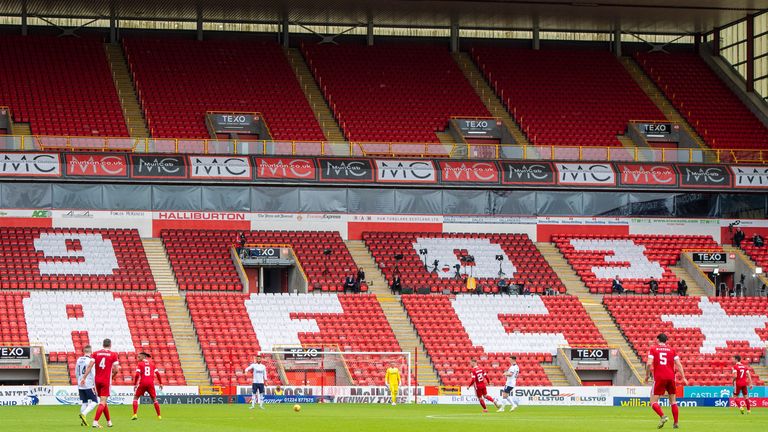 First minister Nicola Sturgeon says lockdown rules in Aberdeen will be reviewed on Wednesday, the same day as Derek McInnes' side are due to face Hamilton at Pittodrie in the Scottish Premiership

Dr Leitch told GoRadio following the meeting he could not confirm whether the Scottish Government would allow the match to take place on Wednesday, but SPFL sources remain confident it will go ahead.

Saturday's game between St Johnstone and Aberdeen in Perth was postponed following intervention by the Scottish Government.

The eight players involved issued a public apology over the weekend, as did manager Derek McInnes and chairman Dave Cormack.

Aberdeen trained as normal on Monday at Cormack Park.

Jonny Hayes, Michael Devlin, Scott McKenna, Matty Kennedy, Sam Cosgrove, Dylan McGeouch, Craig Bryson and Bruce Anderson apologised to everyone associated with Aberdeen, as well as the First Minister Nicola Sturgeon and healthcare workers around the country for their actions. 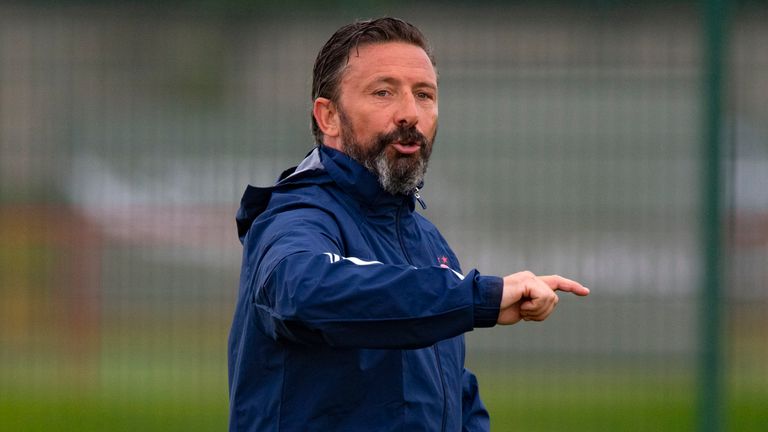 Sturgeon accused the players of "blatantly" breaking the rules by visiting a bar on Saturday evening following their opening game of the season against Rangers.

The match was called off at the request of the government after two Dons players tested positive for the coronavirus, while the other six Aberdeen players had been ordered to self-isolate, having been in contact with one of the individuals who tested positive.

The group of eight admitted to visiting a city centre venue together, exceeding the the number of household permitted to meet up.

The postponed fixture between Aberdeen and St Johnstone will take place instead on August 20 (7.30pm kick-off), live on Sky Sports.