Zinedine Zidane says Gareth Bale's Real Madrid future will be decided at the end of the season.

Bale and Zidane failed to see eye to eye over playing style during the Frenchman's first spell at Real, according to the Wales winger's agent, who insists his client is keen to spend the rest of his career at the Bernabeu.

As a result, Zidane's return to Real in March has led to growing speculation in the UK and Spain Bale could be set to leave the club this summer, six years on from his then-world record £85m transfer from Tottenham. 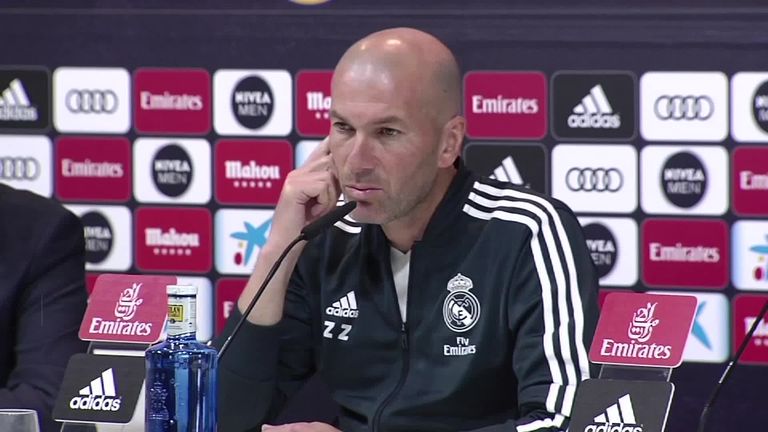 Zidane gave no assurances Bale would remain at the club, but said he is likely to play a key role in their final ten games of the season.

"Gareth is an important member of the squad," Zidane said, ahead of Sunday's league match against Huesca.

"We know what he has done here, even in Champions League finals.

"Nobody can take away what he has done. We know he can bring a lot to the team, and we will count on him.

"We are going to play these 10 games [the last 10 of the season], and then we will see. That does not mean that, afterwards, there will be changes."

Centre-back Raphael Varane has also been linked with a move away from Real this summer, with reports in Spain suggesting he is considering leaving. Manchester United are said to be interested in the France international.

Zidane said: "There is always a lot of talk here, and people can write whatever they want.

"The important thing is what the player thinks, and I can tell you he is very happy here. He has been here eight years and has done phenomenally well so far.

"I don't see him as people have said recently. To me, he looks happy and committed in what he is doing."