Real Madrid are confident of signing Paul Pogba and Eden Hazard this summer, according to Sky sources.

The Spanish side are expected to overhaul their squad at the end of the season having missed out on the Champions League and La Liga titles, and the Premier League duo are high on their wish-list.

Pogba has received heavy criticism for his performances during Manchester United's recent run of poor form, and is expected to leave if they miss out on qualification for the Champions League.

But manager Ole Gunnar Solskjaer reiterated he "definitely" still wants the midfielder at the club on Friday.

"His work rate is improving all the time, that shows the urgency that he wants this to be a success," Solskjaer told Sky Sports News.

Speaking in his press conference, Solskaer added: "You can't guarantee anything in football but yes I think Paul is going to be here. I can assure you he is now very determined to succeed at Man United.

"I would say yes, I can guarantee - but in life you can never. He will be as far as I can answer."

Hazard's contract expires at the end of next season, and he has shown no inclination to renew the deal, meaning Chelsea will allow him to join Real if they match his £100m asking price.

Pogba came close to joining the La Liga side when he was leaving Juventus three years ago, but eventually joined United for £89m instead.

While on international duty last month, the 26-year-old admitted playing for Real under the management of his countryman Zinedine Zidane would be a "dream for anyone".

PSG are also understood to be interested in signing the France international midfielder.

Hazard, 28, has also been open about his desire to play for Real during his career, describing it as "my dream since I was a kid".

In addition, Belgian journalist Kristof Terreur told Sky Sports that Hazard sees Zidane as an inspiration, and that the Frenchman's return as Real manager meant Hazard's move to the Bernabeu was "falling into place". 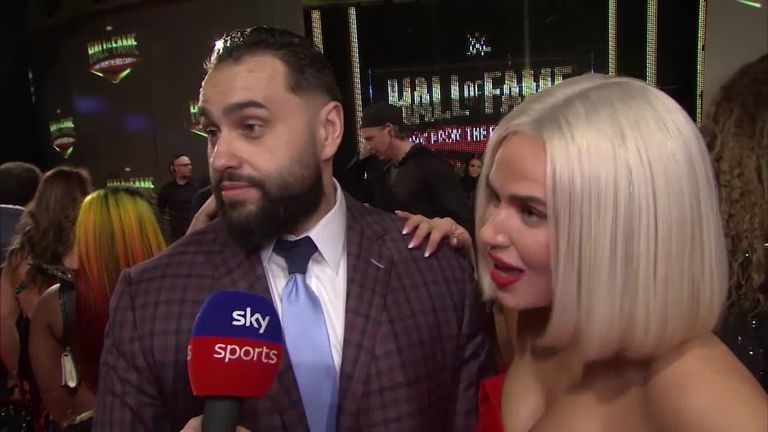 Real have had a hugely disappointing season, with Zidane's return making him their third manager this season after the sackings of Julen Lopetegui and Santiago Solari.

After winning three consecutive Champions League titles during Zidane's first reign, they exited the competition at the last-16 stage this season after a 4-1 home defeat to Ajax.

They will end the season with no trophies for the first time in four years, and Zidane has pledged to make "changes" to the squad this summer.

Gary Neville: Pogba doesn't want to be there

Former United captain Gary Neville told Sky Sports that Pogba wants to leave Old Trafford this summer: "I don't think he wants to be here, that's his problem. His agent [Mino Raiola] is into him. He's done brilliant for Ole [Gunnar Solskjaer], by the way, scored 11 goals and made seven assists or so.

"I thought a few months ago that everything was brilliant, but I said that I believed the issues would resurface. We know his agent, we know the influence he has, and he's had his head turned by other clubs.

"He's playing like somebody who doesn't quite want to be here. But a player who doesn't want to be at the club, and has a big influence in the dressing room on the likes of [Jesse] Lingard and [Marcus] Rashford, if he's not at it, it's a massive problem."