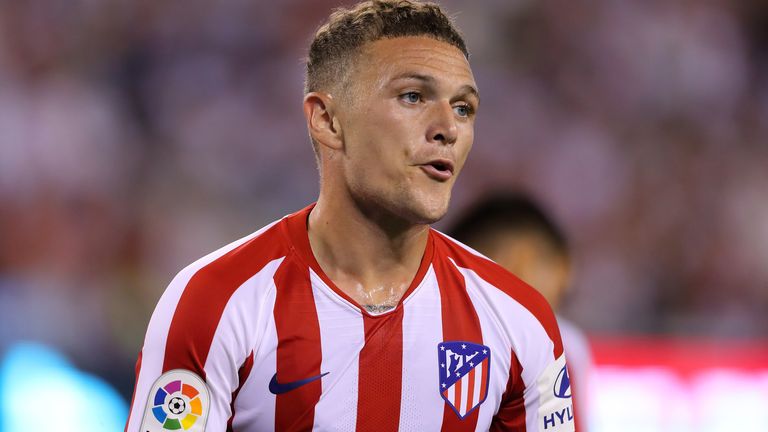 Kieran Trippier has revealed "behind the scenes" issues caused him to leave Tottenham for Atletico Madrid.

Trippier signed a three-year deal with Atletico earlier this month after joining for a fee in the region of £22m.

The right-back starred as England reached the semi-finals at the 2018 World Cup, but faced criticism for his performances at Spurs the following campaign.

"I think it was time for me to change and move on," Trippier said.

Trippier featured as Atletico thrashed Real Madrid 7-3 in a pre-season friendly on Friday night, with former Chelsea striker Diego Costa grabbing the headlines with a hat-trick and red card.

Costa and another of Trippier's former cross-London rivals, Alvaro Morata, have been crucial in helping the defender settle into life with his new team-mates.

"It's been a lot easier than I expected," Trippier said.

"The lads have been unbelievable with me. Since I've been through the door they've welcomed me with open arms, the coach as well.