Kieran Trippier had played in all of Atletico Madrid's La Liga and Champions League games this season before the ban was announced; Diego Simeone's side are second in La Liga but have three games in hand over leaders Real Madrid, who are one point ahead of their neighbours 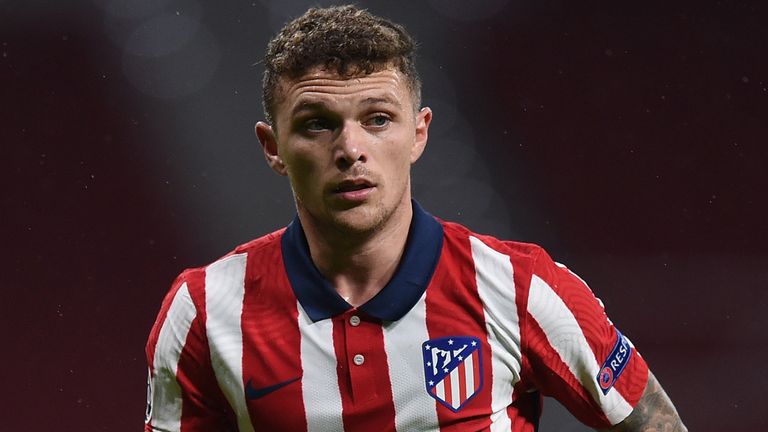 Atletico Madrid defender Kieran Trippier's 10-week suspension for a betting violation has been put on hold by FIFA.

Trippier was fined £70,000 by the Football Association (FA) and banned from December 23 for four breaches of a rule which prevents players from providing information to others on their position which is not available in public at the time.

The offences are understood to have taken place in July 2019 around the time the England international full-back moved to Atletico from Tottenham for a fee in the region of £20m. Trippier has always denied the charges, first brought against him in May.

Trippier will be free to play until the appeal procedure is finished. Atletico face Alaves on Sunday with Trippier having initially been left out of the squad.

Trippier, who had played every minute in all of Atletico's La Liga and Champions League games this season before the ban was announced, was forced to miss the 1-0 win over Getafe on Wednesday.

His suspension was set to rule him out of at least 14 matches for Atletico - including their Champions League last-16 first-leg tie against Chelsea in February - and he previously had a return date of March 1, 2021.

Diego Simeone's side are second in La Liga but have three games in hand over leaders Real Madrid, who are one point ahead of their neighbours.

Simeone was critical of the FA's ban on Trippier when it was issued, feeling it was an unfair punishment as his team targets their first top-flight title since 2014 after an impressive start.

"We think it's unfair and we hope it can be revised because of the damage done to Atletico," Simeone said.

Atletico were considering a January move for another England international, Ainsley Maitland-Niles from Arsenal, but with Trippier's ban put on hold, they could drop their interest. They have been monitoring the versatile defender's progress for the past 12 months but rumours intensified following the suspension handed to Trippier.

Wolves came close to agreeing a £20m deal for Maitland-Niles in the summer, before Arsenal decided to keep him.

Arsenal boss Mikel Arteta will be glad he kept the 23-year old, who has received positive reviews for his performances so far this season in what has been a difficult campaign for the Gunners despite their recent upturn in form.

Contracted to Arsenal until 2023, Maitland-Niles is not one of the club's highest earners, making a possible deal attractive to Atletico.