Chelsea face Real Madrid in the Champions League semi-final first leg on Tuesday; winners and losers since Thomas Tuchel replaced Frank Lampard at the helm; follow Real Madrid vs Chelsea via our dedicated live blog on Sky Sports website and app on Tuesday; kick-off at 8pm

Thomas Tuchel has steered Chelsea into a top-four battle, an FA Cup final and the Champions League semi-finals - but which players are the winners and losers since he replaced Frank Lampard at the helm?

Chelsea will face Real Madrid in the Spanish capital on Tuesday with the possibility to place one foot in their first Champions League final since winning the competition with a penalty shootout against Bayern Munich in 2012.

But, besides Tuchel's success on the pitch, which players have benefitted most since his appointment in January - and which have fallen by the wayside?

One thing is for sure, Tuchel shuffled the pack upon taking the helm. For his first starting line-up against Wolves, the German changed 10 players from Lampard's final XI - which was a relatively strong team in the FA Cup win over Luton.

That season-high number of changes was a statement, underlined by recalling club captain Cesar Azpilicueta and Anthony Rudiger to the starting fold - who had typically warmed the bench - followed by the return of forgotten man Marcos Alonso.

Comparing the average positions under both managers, the stark differences under Tuchel include a broader distribution of players, a more defensive presence with two central midfielders in a 3-4-2-1 and a deeper striker. 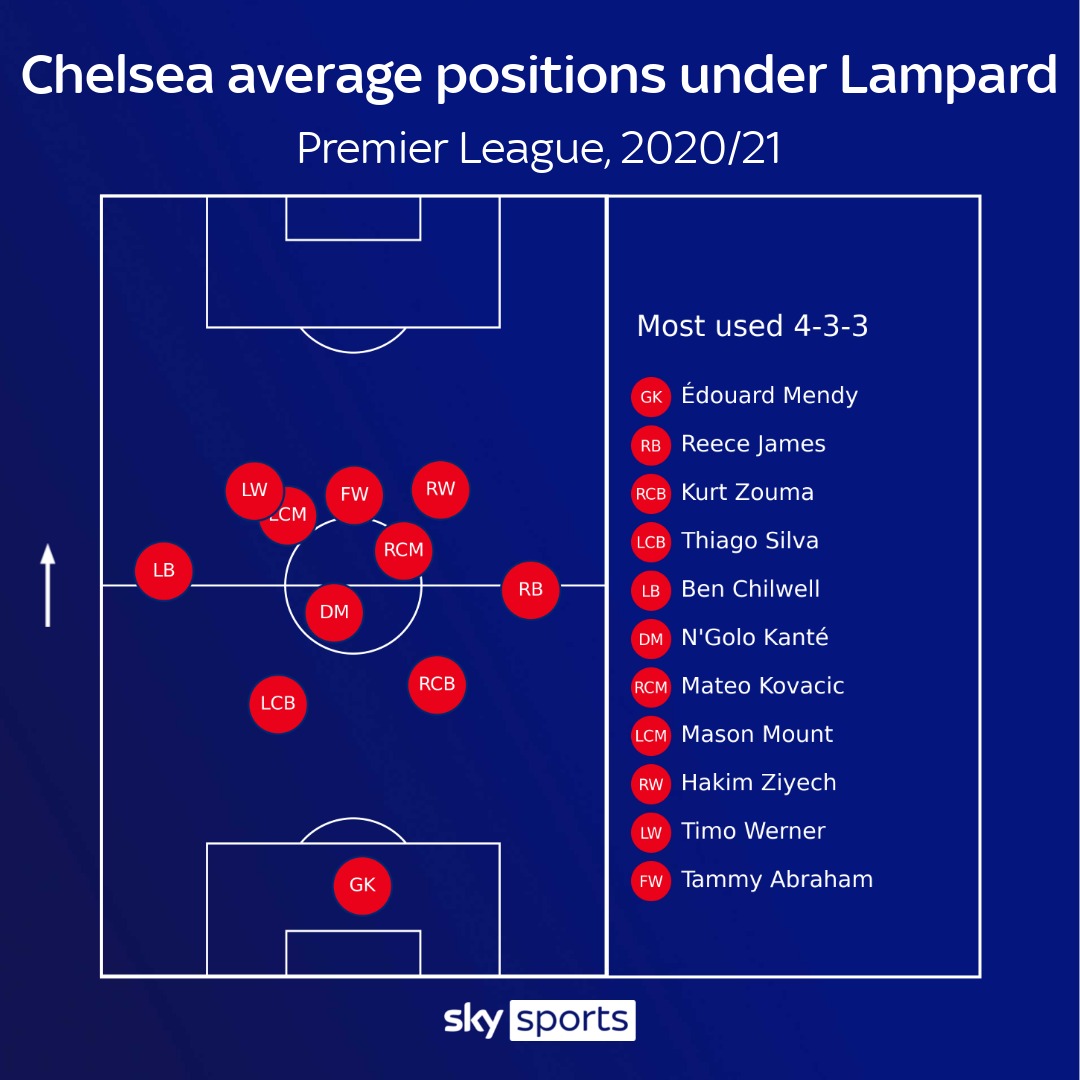 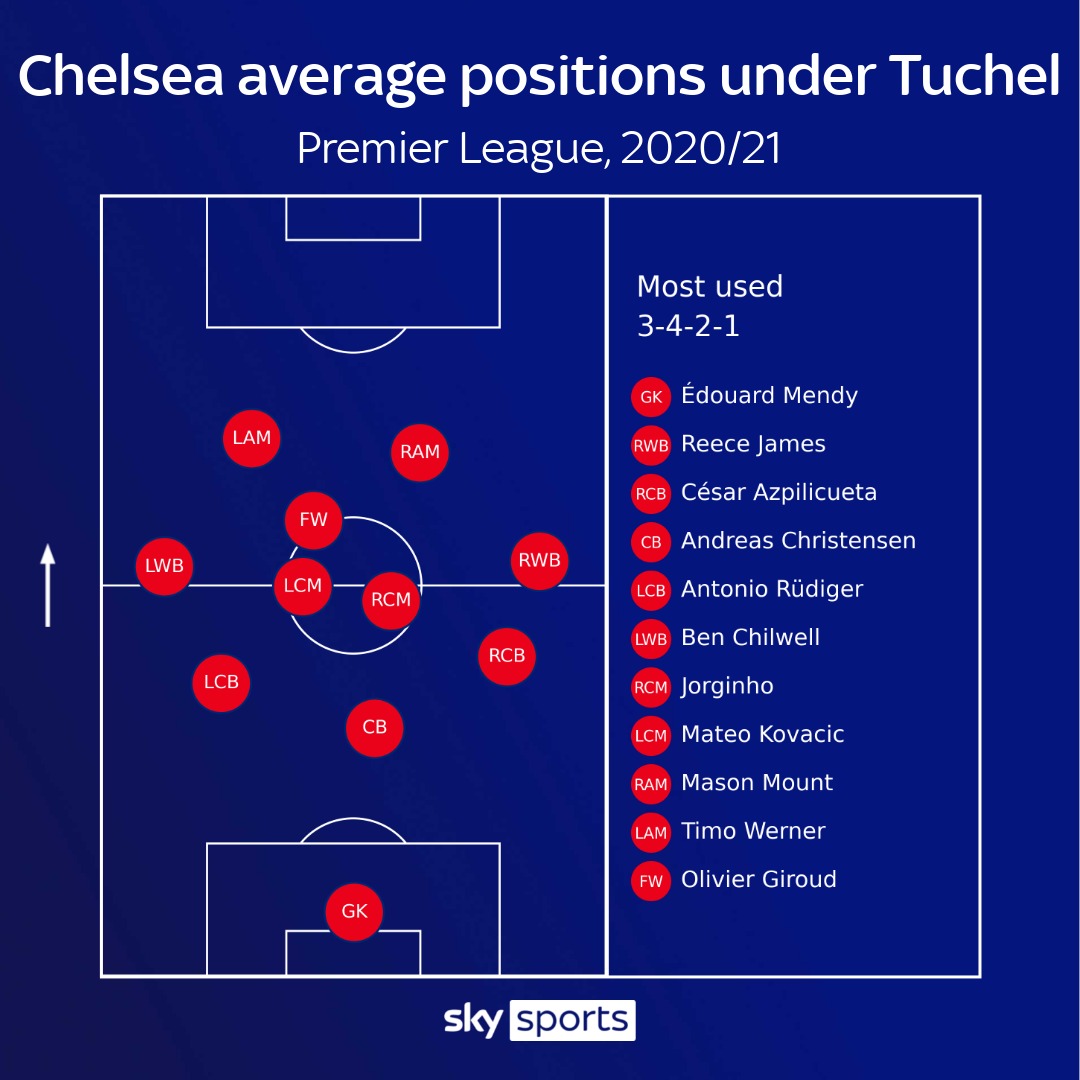 In terms of the players, Tuchel has used Azpilicueta and Rudiger more than any other players across all competitions, while Andreas Christensen has also clocked far more game time since the change of guard in January.

Comparing the percentage difference of available minutes under both managers reveals the real winners and losers under Tuchel.

Rudiger emerges as the biggest winner, having featured in 83 per cent of available minutes under the German, but only registered 28 per cent under Lampard - equating to a club-topping 55-per-cent increase in proportional game time.

At the other end of the scale, Tammy Abraham has only registered 11 per cent of available minutes under Tuchel, having achieved 50 per cent under Lampard, which equates to a club-low 39-per-cent dip in game time.