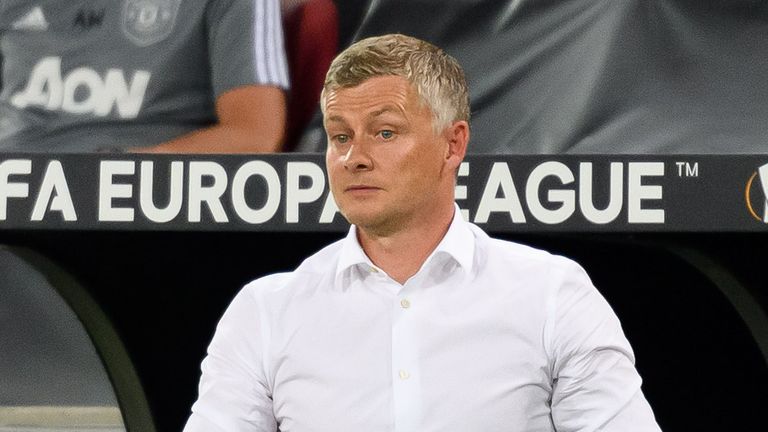 Ole Gunnar Solskjaer is targeting better squad depth to deal with another long season after Manchester United's Europa League exit to Sevilla, which he called "disappointing".

United were knocked out at the semi-final stage for a third time this season. They had the best possible start in Cologne when Bruno Fernandes converted from the spot inside nine minutes, but former Liverpool winger Suso levelled things up for Sevilla just before the half-an-hour mark.

United were improved after the break but wasted chance after chance and were made to pay when Luuk de Jong tapped home late on with some poor defending also to blame.

Solskjaer wants to add more bodies to his team to deal with what is hopefully another extended campaign in Europe, when they will take their place back in the Champions League.

In his post-match press conference, he said: "They [the players] need to keep improving, keep doing what they've done every single day and they've worked so hard, with the right attitude and mentality.

"We need to strengthen the squad depth because it's going to be a long season. We're going to keep pushing and keep demanding more of the players that we have, but still, we're looking to improve and it's a strange one. The league starts very quickly, but then the [transfer] market is open for so long. So we've got to be both good, smart and clever. 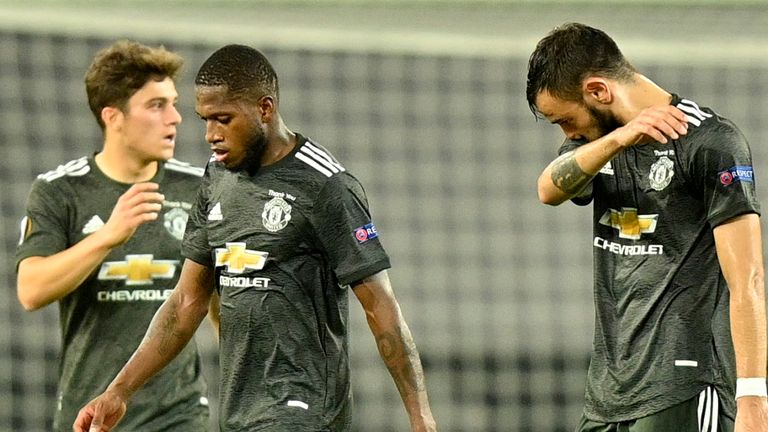 Clinton Morrison says Manchester United will feel bitterly disappointed about their Europa League defeat to Sevilla and thinks they were not ruthless enough in front of goal.

"It's only going to be a couple of weeks rest until we get going again. We have to dust ourselves down, make sure that we are ready and fresh to go."

Unfortunately, Sunday's semi-final was another occasion in which United just fell short in a knockout competition, and Solskjaer was unhappy with the result.

He added: "The result is very disappointing. We're not devastated, but it's one of those hard ones to take because you feel you played some fantastic stuff at times, created chances and just couldn't get the goals that were, I felt, deserved at times. In different spells of the game, I thought we were absolutely excellent.

"We were on top for long spells, both first and second half, especially at the start of both halves. We created chances and should have scored, but I can't fault the boys.

"But we seem to let off at times because when we were on top, that's the time to keep squeezing them. We let them play too much in periods and we definitely let him off the hook.

"It's a disappointing goal [De Jong's winner] to concede. I want them players to be accountable and to put others to account, but then again, the cross got deflected. Brandon [Williams] has been a bit unlucky and Victor [Lindelof] just gets caught with a ball looping over him after that deflection. So I think that was just a bit of frustration."

Midfielder Fernandes was involved in an angry confrontation with Victor Lindelof after Sevilla's winner, but he played down the incident after the game.

"I think it is normal. When you take a goal in the last 10 minutes everyone was mad," he told BT Sport.

"It is not about about me and Victor, it is about everyone. What happens between me and Victor doesn't matter, in football it happens.

"There will be many more times this happens with other teams. We need to see the mistakes everyone did and and look forward to improving in the next games."

0/3 - Manchester United in 2019-20 (League Cup, FA Cup, Europa League) are the first ever English top-flight team to fall at the semi-final stage of three different competitions within the same campaign. Heartbreaking. #UEL pic.twitter.com/JLeEbdAZj6

Harry Maguire also admitted only reaching the semi-finals is unacceptable for United.

"We deserved to go through but ultimately we fell short at the semi-final stage, for the third time this season," he told BT Sport.

"It means a lot to us, the boys are devastated. We have a good group of lads who know what it means to play for this club and losing isn't acceptable. Getting to semi-finals isn't acceptable and we now have to look at taking it another step.

"Maybe that little bit of inexperience cost us in the end. Even when we are on top, creating chances we shouldn't concede that second goal.

"They worked it well down the right but we have to do better. We conceded from two crosses and it's not good enough."

Lopetegui: Players deserve to be in final

Sevilla manager Julen Lopetegui admitted that his team were pushed by United at times, but was pleased to have made it to yet another Europa League final.

He said: "We suffered for some moments of the game against Manchester United, specially at the start of the second half. They had a couple of clear chances to score but Bono keeps us alive in the match, then we show our heart. We knew it could be possible [to reach the final].

"I am also very happy for our supporters as this time are so difficult for the society. It is nice we can bring some joy the people and that make us very happy. We have plenty of excitement to play the final and hopefully to win it. We don't know against whom yet, but it is going to be even a tougher match, so we need to prepare very well."

Sevilla goalkeeper Yassine Bounou, who made some vital saves at the start of the second half, was humble about his performance.

"I am very happy for the result and also because the whole team is so happy," he added. "It was a very difficult match against a very powerful rival who dominates all areas of the game. I think we were ready to face them and we understood how the game was developing.

"We understand the games have different stages. Sometimes you need to intervene and you need to do your job and that's it, really. I think we had difficult moments during the match but then the team demonstrated we are a good team because then we took control of the ball, made them run, and they give me some time to rest.

"We have proved we are a great team with plenty of spirit. We are very happy and excited for playing the final."

"Coming up against one goalkeeping masterclass might be unlucky. Face two inside a week and the side's ruthlessness in front of goal will be questioned. Marcus Rashford was sloppy in his execution. Anthony Martial was denied twice in a minute by Sevilla goalkeeper Bono when one on one. Shots were blocked and others were missed. The sucker punch was always possible.

"It was no surprise that when it came it was carved out down United's left where the willing Brandon Williams endured a challenging evening. And yet, it was the defending of others for Luuk de Jong's 78th minute winner that will have troubled Solskjaer. Victor Lindelof should have done more to block the cross. Aaron Wan-Bissaka's failure to even move as the ball came in appeared inexplicable. It was shoddy. It was punished.'