England to abandon game if subjected to racist abuse

Tammy Abraham says England could defy UEFA's racism protocols: "As a team we'll decide whether or not to stay on the pitch." 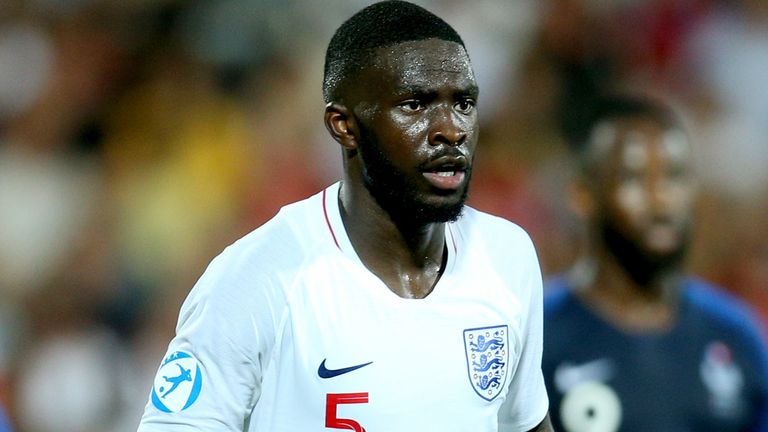 The England squad have agreed they will collectively abandon a game if any of them is subjected to repeated racist abuse from the stands.

England travel to face the Czech Republic on Friday before they take on Bulgaria on October 14.

The match in Sofia will be played in a partially closed stadium after Bulgarian fans were found guilty of racist behaviour in their games against Kosovo and Czech Republic in June.

Gareth Southgate called a meeting on Monday evening with all the England players to discuss what action they would take in the face of possible racism in the future.

Southgate explained what the UEFA protocols are, and we understand the players unanimously agreed to follow those protocols.

UEFA's three-step protocol begins with any player subject to abuse notifying their captain, who would then speak to the referee.

At that point, the referee will initially stop the game and ask for a PA warning to the crowd.

A second incident of racism heard by the referee or reported to him/her will lead to the official taking the teams off the pitch, and a further tannoy warning made to the crowd that the game may be abandoned if the abuse persists.

A decision would then be taken by the referee, in consultation with team officials and the players, whether the game should be abandoned or continued.

'We'll decide whether or not to stay on the pitch"

Chelsea striker Tammy Abraham has suggested England's players could defy UEFA's racism protocols and walk off the pitch before the three-step process is completed - if they feel it is not working.

"Harry Kane even said that if it happens and we're not happy with it, we speak to the player and if he's not happy, we all come off the pitch together," Abraham said. 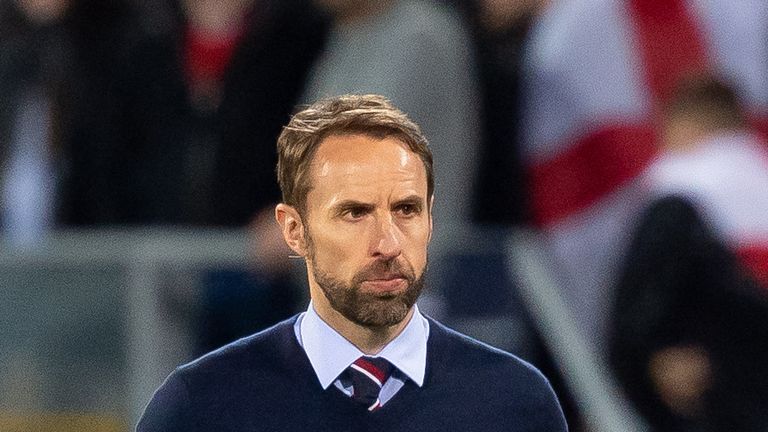 "For me personally, I think it's just one strike because it gives people excuses," he said. "One time, twice, three times - it gives silly people excuses.

"Like we were all saying yesterday, if it happens and let's say there's a warning or whatever in the stadium, then it happens again, we have to make a decision as a team and with the staff."

Abraham suffered racial abuse online earlier this season after missing a penalty in the Super Cup shoot-out defeat to Liverpool.

"I think I dealt with it in the best way possible," he said. "I just stayed away from Twitter and all social media, I just spent time with my team-mates and my family. Everyone saw it, everyone was aware of what was happening.

"It's not acceptable. It's not an excuse for people to hide behind computers and say whatever they want to say.

"But whoever doesn't have my personality might be affected more. Like I said, I think I dealt with it the best way. I stayed away, ignored it and just let the football do the talking."