Jack Grealish embraces Paul Gascoigne comparison after dazzling in England's three games during international break and vows to keep on entertaining; England thrash Iceland 4-0 in their final Nations League game, with Phil Foden, Declan Rice and Mason Mount all on target at Wembley 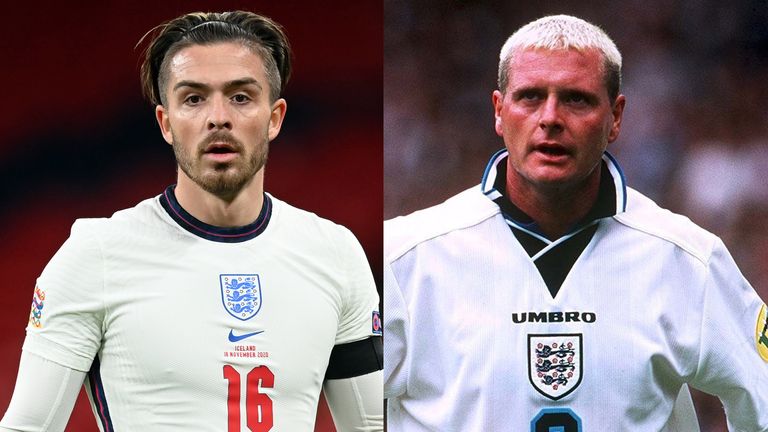 Aston Villa and England forward Jack Grealish says he is happy to be compared to Paul Gascoigne, but insists he is yet to prove himself on the biggest stage

Jack Grealish says he is thriving on the comparisons being made between him and one of England's most audacious playmakers, Paul Gascoigne.

The Aston Villa captain was among a host of star performers on his third consecutive England start as Gareth Southgate's team signed off a testing year of international football with a comprehensive 4-0 Nations League victory over Iceland at Wembley.

Grealish was asked by reporters after another impressive display about comparisons to Gazza and the 25-year-old welcomed the praise, vowing to continue to entertain with his performances.

"I thrive off those kind of comparisons [to Gascoigne]," Grealish told reporters after England concluded their Nations League campaign on Wednesday night.

"I love the way he played football with all the freedom and all the joy... I want to entertain people but I always want to be effective on the pitch like Gazza was too."

Grealish burst onto the scene in the Premier League early in his career, but has had to bide his time for sustained international exposure.

Having faced media scrutiny after a number of late-night incidents in recent years, Grealish says he has matured and can handle the pressure that comes with his new-found England profile. 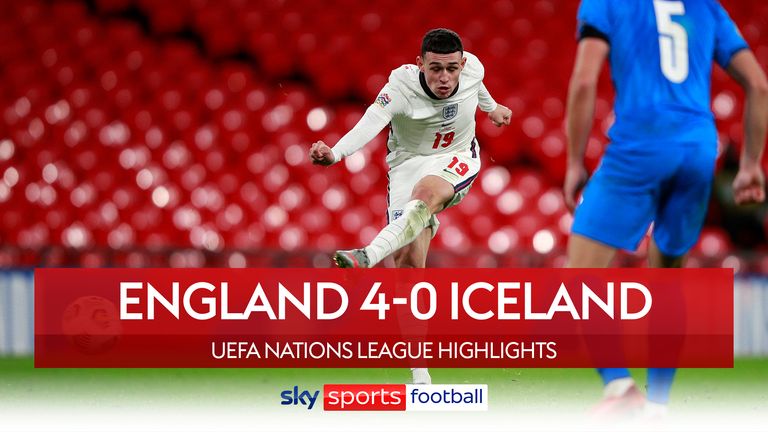 "I think I'm now old enough and wise enough to handle that [pressure] now," he said.

"As you get older, you learn you are a hero to a lot of people and you are a role model. I've got to take it in my stride, and I'm just loving my life."

Grealish's seamless start to England life has given manager Southgate a selection headache as preparations for next summer's European Championships draw into focus. 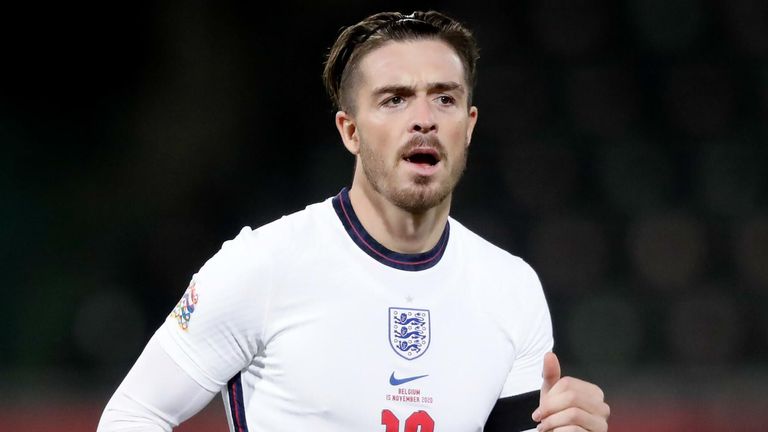 Jamie Carragher claims that despite a very positive performance in Belgium, Grealish won't start for England once Raheem Sterling and Marcus Rashford are back fit

But, speaking to Sky Sports after the game, Southgate insisted it was the kind of dilemma managers can only dream of as he looks to steer the next generation of English talent to glory.

"The reality is that a lot of the squad we've had over the last three months are going to peak in three to five years' time, that's when they will have a lot of caps, a lot of experience internationally and more club experience," the England boss said.

"We think it's worth investing the time in them and they are learning a lot from some very good senior professionals. 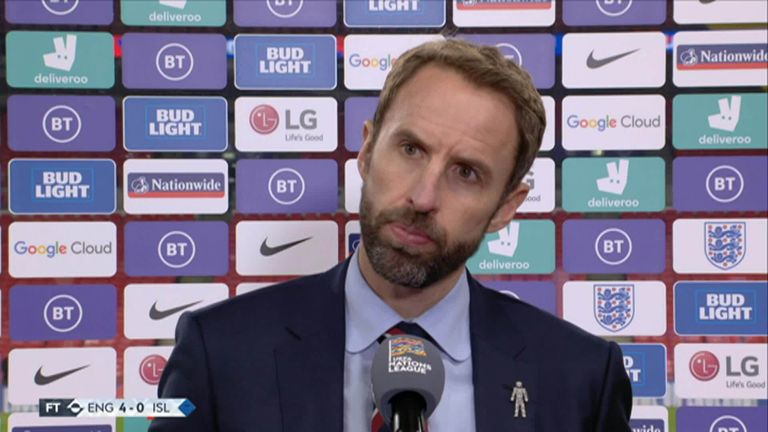 "We are trying to build and improve all the time, and there was some lovely football that was good to watch and, of course, for the young ones to get the goals, it was special for them.

"Right from the back the play was built so well, we moved it crisply and took up good positions, and the movement of Phil (Foden), Jack (Grealish) and Harry (Kane) was excellent."

Villa boss Dean Smith says Grealish still has a long way to go before he can be compared to Gascoigne.

Smith, 49, faced Gazza in his playing days when the legendary England midfielder was at Everton.

He says he can see why Grealish is being mentioned alongside Gazza because of his unique playing style but warns he is only at the start of his international career. "I played against Gascoigne, he was an unbelievable player," Smith said. "They are a long way off. Jack (Grealish) is five games into his England career.

"I see Jack as a unique player and because Paul was too I think that's why he is being compared."

Smith says he was proud of Grealish's performances against the Republic of Ireland, Belgium and Iceland during the international break but admitted he missed the Ireland game live as he was following John McGinn during Scotland's win over Serbia in their European Championship play-off final.

Smith added: "He (Grealish) is at the top of his game. I am pleased and proud of him. He has worked extremely hard. At Aston Villa, we have a biased look but he's starting to get the stats in the Premier League and now with England. He'll be desperate to get his first goal which I am sure will come.

"I didn't actually watch Jack's first game. I watched John McGinn for Scotland against Serbia. Congratulations to Steve Clarke and Scotland (for qualifying for Euro 2020)."

"I think he has got better gradually," he said. "He has always been a top player but he wasn't producing the goals and assists of an attacking midfielder.

"He started the season really well. He takes things on board. He's clever and asks questions on how he can improve.

"I am really proud. I have played a full part in his development, gave him the captaincy and seen him grow. Lots of people at Aston Villa have helped nurture him and they will be equally as proud as I am."