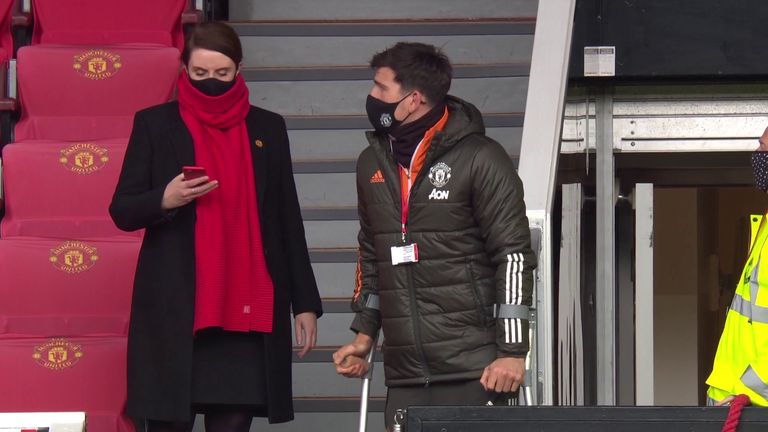 Rob Dorsett reports there is some good news for England over the fitness of Harry Maguire, but bad news concerning Jordan Henderson's availability

Harry Maguire has stepped up his rehabilitation work with England, as his Manchester United team-mates prepare for their first full training session with the squad on Friday.

There are still serious question marks over whether Maguire will be fit enough to play any part in England's opening game of the Euros against Croatia at Wembley in nine days time - a game that Gareth Southgate has already said is likely to come too soon for Jordan Henderson.

Southgate said on Friday it would be a "real bonus" if the Liverpool captain can feature in the opening match, but he has also cast doubt on whether he will be able to play any part in the tournament.

The England manager has admitted he selected Henderson in the squad because of his importance as an influence around the training camp, and that the increased squad allowance of 26 has allowed him to take the risk of including him, even though he may not play as much as he would like.

After Trent Alexander-Arnold withdrew from the squad with a thigh strain that will see him sidelined for four to six weeks, Southgate is facing a mini injury crisis affecting a number of key senior players.

The news on Maguire is positive though - Sky Sports News has been told he came through unscathed after some strengthening work in the gym at England's training base at Rockcliffe Hall in Hurworth-on-Tees on Thursday.

But England's physios only got to assess the Manchester United captain for the first time on Thursday, as he and his three club colleagues joined up with the rest of the squad in the North East after being given a week off to rest following the Europa League final.

Luke Shaw, Marcus Rashford and Dean Henderson will take part in a full training session with the rest of the England squad for the first time later on Friday.

They are very welcome additions for England, who finished Wednesday night's friendly against Austria with 10 men after Alexander-Arnold hobbled off. Southgate had no other outfield options left on the bench at the Riverside. 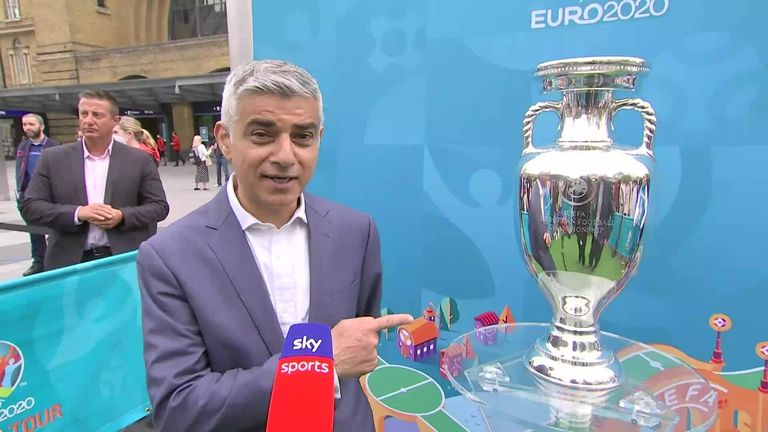 With the start of Euro 2020 one week away, London mayor Sadiq Khan says he 'can't wait' for England's opener against Croatia and believes this tournament will be best yet

He will have a squad of 23 to choose from to face Romania on Sunday, in the final warm-up game before the tournament, and the England boss is hopeful that Henderson will be able to play some part, despite suffering a slight setback in his recovery from a groin injury that has kept him out since February.

In a statement on Thursday, the FA said Southgate will decide after Sunday's friendly who to call up as a replacement for Alexander-Arnold.

Having picked four right-backs in the original 26 earlier this week, it is possible he will opt for an extra midfielder in Jesse Lingard or James Ward-Prowse, instead of another defender in Ben Godfrey or Ben White.

But much will depend on the fitness or otherwise of Maguire and Henderson. Southgate may yet need to promote more than one player from his standby list.

Gareth Southgate has named his England squad for Euro 2020, but who would make your starting XI?

England's Euro 2020 fixtures and route to the final

Keep track of England's Euro 2020 fixtures in 2021, as well as their potential route through the knockout stages.

Feeling optimistic? The final takes place at Wembley on July 11...