England face Italy in Milan on Friday night, knowing defeat would see them relegated to League B of the Nations League; Gareth Southgate will use the San Siro trip and the home game with Germany to fine-tune his World Cup plans

Midfield trio Jude Bellingham, Jordan Henderson and Declan Rice trained indoors as England took to the grass for the first time ahead of their Nations League double-header.

Henderson linked up with the squad on Monday night having been drafted in to replace the injured Kalvin Phillips and was one of three players not to train with the group on Tuesday morning.

Newcastle full-back Kieran Trippier was also not among the main group and did not meet up with the squad until later in the day due to a personal commitment.

Ivan Toney trained with Gareth Southgate and the other 23 senior players for the first time, the Brentford striker having received his maiden call-up last week.

England travel to face Italy in Milan on Friday night, knowing defeat would see them relegated to League B of the Nations League having lost two and drawn two of their Group A3 fixtures to date.

At the start of a busy international fortnight that is crucial to Southgate's World Cup plans, Sky Sports News senior reporter Rob Dorsett is at England's St George's Park training base to reflect on the major talking points. 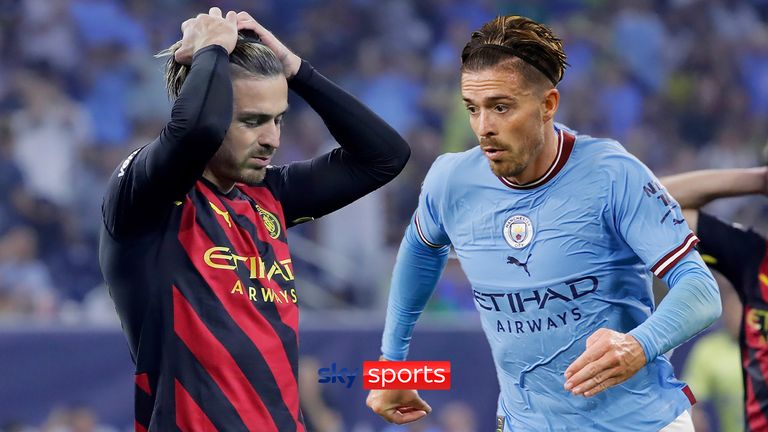 Danny Mills believes Kalvin Phillips will struggle to get back to full fitness in time for the World Cup, following his latest shoulder injury setback

"He's got some concerns. Southgate never names too many midfielders. With Kalvin Phillips withdrawing because of that shoulder injury, that leaves Jordan Henderson, Jude Bellingham and Declan Rice as three of England's key midfielders.

"Southgate doesn't have too many options in midfield and Bellingham is perhaps the most in-form of the lot. He's already had 10 appearances this season for Borussia Dortmund and has been really impressive - that's more than any other England midfielder.

"He's scored three goals as well and is a regular in the Bundesliga and Champions League. The thing is, with two big games coming up against Italy and Germany, against better opposition, Southgate likes to play two holding midfielders.

"With Phillips missing and Henderson racing to get fit, that may be a problem. Declan Rice - if he's fit - is a shoo-in, but who does he play alongside him? Could it be Bellingham? It would be a big opportunity for the youngster.

"He only turned 19 three months ago so Southgate has some pondering to do. He isn't blessed with options in midfield.

"The fact that Henderson has turned up means that Southgate and his medical team believe he can play some part in these next two games against Italy and Germany. That would be a big boost."

How big an opportunity is this week for Toney?

"Ivan Toney is the first Brentford player to be called up to an England squad since 1939.

"It's a massive chance for Toney and it's a big story. He's never been in an England set up, so all of this is very new to him. This is the first time he will have trained at all at St George's Park, and it's with the rest of the senior squad alongside Harry Kane.

"When you look at the route he's taken - it's an extraordinary story. He's played for Northampton Town, Barnsley, Shrewsbury, Scunthorpe and Wigan. Just two years ago he was playing for Peterborough in League One.

"But we shouldn't patronise him. Whilst it's a great story, he thoroughly deserves this England call-up. He's been in tremendous form for Brentford. He's scored 13 league goals in the calendar year - only Kane has scored more than him among English strikers in the Premier League in 2022.

"He's an out-and-out striker who is available which England don't have a lot of at the moment. Dominic Calvert-Lewin, Patrick Bamford, Ollie Watkins and Callum Wilson are all out of the picture.

"Expect him to make his debut. I don't think there would be any point in calling him up to the squad if he's not going to get any game time against Italy or Germany. 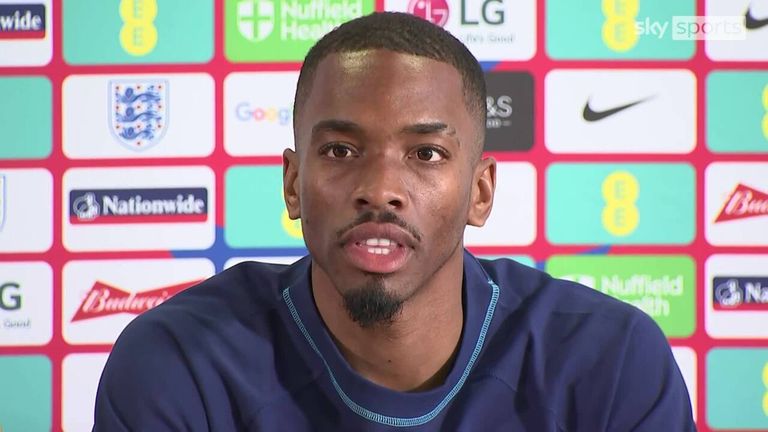 With a record in his sights, is Kane expected to play both games? 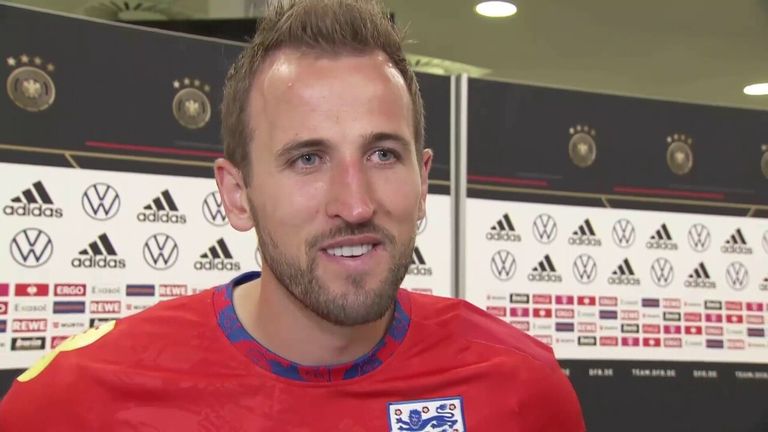 "I'd be amazed if he didn't start both. Let's not forget that Southgate is under a bit of pressure. The last time England played, they lost 4-0 at home to Hungary.

"These are the last two games England play before the World Cup and they're against two of the world's elite teams - Italy and Germany. That is what you get in the Nations League.

"Southgate will try and put his strongest team out in the San Siro on Friday night. Kane's on 50 goals - only three behind Wayne Rooney - and he has already come out and said he'd ideally like to beat that record before the World Cup.

"Kane should start, but I expect to see Toney come off the bench if England are in control or, indeed, if they need a goal and need to freshen things up."

Is Maguire's lack of match fitness a problem?

"I feel the lack of regular football for Harry Maguire and the centre-back situation is the biggest issue Southgate has got.

"The debate that is happening among supporters is there for all to see. Maguire is a formidable figure and has been brilliant for England. If you were picking purely on England form, Maguire is the first name on the team sheet.

"He was a key part of England's success in Russia during the last World Cup and at the Euros - but he's not playing for Manchester United.

"Since he's been dropped by Erik ten Hag, United have had a resurgence without him. What's that done for his confidence?

"When you compare that to Eric Dier, it's the first time we've seen him in an England squad for almost two years - November 2020 was the last time he featured.

"Spurs fans have been saying he should be back in the England squad for quite a while. He's here on merit and he's probably England's most in-form centre-back right now.

"But he plays in quite a specialist role - in the centre of a back three. If England aren't playing a back three, will Dier get a game? That's a debate we'll know more about in the coming days

"Dier is playing and is in form while Maguire isn't, but he's never let England down. It's a problem position."

The fight to be England's left back

The Soccer Saturday panel react to the England squad announcement, with Paul Merson believing Luke Shaw is fortunate to be included

"The truth is that Southgate has had to break his own rules. He's always said that you need to be playing and playing well, and both Ben Chilwell and Luke Shaw are in the same boat.

"Shaw was a key part of the England team at Euro 2020 but he's not playing for Manchester United. He's lost his place to Tyrell Malacia who has looked comfortable and set in that position under Ten Hag.

"Chilwell played a little bit more having started in the Champions League against Dinamo Zagreb but he was taken off after 70 minutes. Graham Potter has now come in at Chelsea, and of course he's worked with Marc Cucurella at Brighton, so you wonder if Chilwell is set to get much more game time. Trippier could also feature at left wing-back. 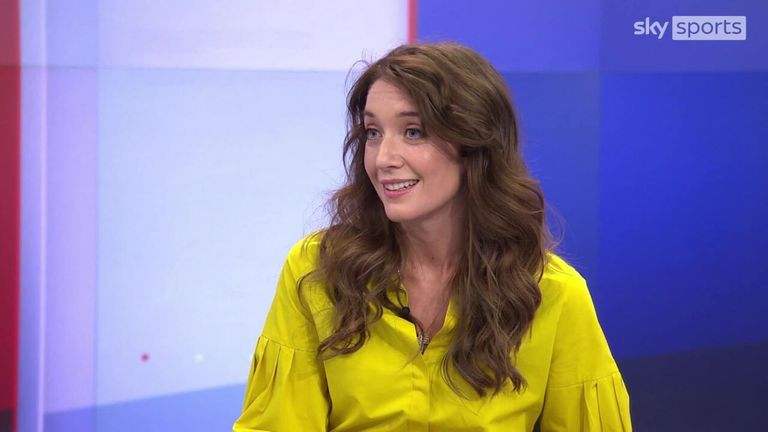 Who will be the understudy to Pickford?

"Dean Henderson has been recalled having played regularly for Nottingham Forest this season following his difficulties at Manchester United. It's a massive opportunity for him, Nick Pope and Aaron Ramsdale.

"It's a key question who will be the understudy to Jordan Pickford. It might be that Southgate plays mix-and-match, giving them all some game time. I doubt it. There isn't much time before Southgate names his World Cup squad but I'd say Pope is just ahead of the other two.

"He's made eight senior appearances compared to Ramsdale's three caps and Henderson's one. If Pope starts against Italy, I think it's a good indicator that Southgate sees him as his natural No 2 behind Pickford."

England will join forces with the Netherlands, Belgium, Denmark, France, Germany, Norway, Sweden, Switzerland and Wales in a campaign against discrimination.

Originally initiated by the Dutch, the OneLove campaign will use the power of football to promote inclusion and send a message against discrimination of any kind as the eyes of the world fall on the global game. The message will be symbolised by respective men’s national team captains wearing the distinctive OneLove armband.

The FA’s public commitment to the campaign will begin for England’s UEFA Nations League match against Italy in Milan on Friday 23 September, with captain Harry Kane wearing the OneLove armband.

All eight nations that have qualified for the 2022 FIFA World Cup will then adopt the OneLove armband – which carries a heart containing colours representative of all backgrounds – for fixtures at this winter’s tournament with the intention to continue through to the end of the season.