"Even in glimpses of him in training, he's something else," says Robert Page of Gareth Bale ahead of Nations League double-header in Cardiff; watch Wales vs Republic of Ireland on Sunday; coverage begins on Sky Sports Football at 4:30pm; kick-off 5pm

Wales caretaker manager Robert Page says Gareth Bale is "loving his football again" ahead of the Nations League double-header against the Republic of Ireland and Finland.

Bale looks rejuvenated after joining Spurs on loan from Real Madrid in September, although Tottenham boss Jose Mourinho had expressed concerns over his potential workload during the international break.

The Wales forward did not feature in Thursday night's 0-0 draw against USA in their international friendly but he is expected to be called into action over the coming days. 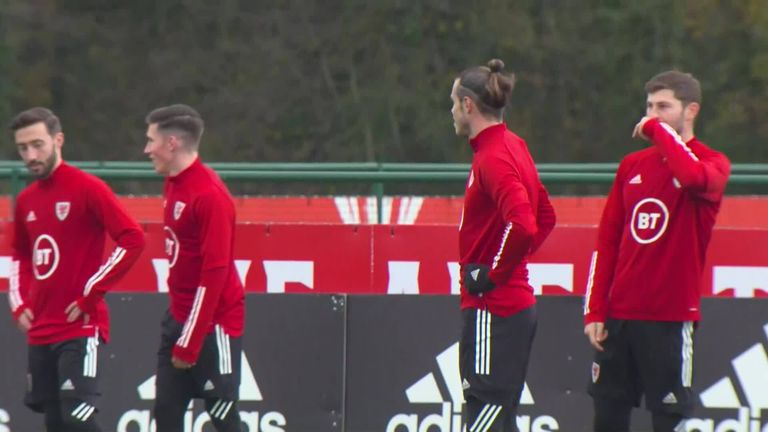 Wales are expected to make changes for the Republic of Ireland game in the Nations League, reports Geraint Hughes

Page, who is standing in as national boss for Ryan Giggs, would not be drawn on whether Bale would feature against Ireland on Sunday and Finland on Wednesday - both games are live on Sky Sports - but insisted he is looking sharp and enthused.

"He's a different person at the minute, he looks like he is loving his football again," Page told Sky Sports News.

"He's at a club where the manager wants him and he's enjoying his training and the minutes he's getting on the pitch.

"Sensibly, Tottenham are building him up to that full 90 minutes when he can compete at the intensity they want him to.

"We've managed that as well this week and even in glimpses of him in training, he's something else. He's a specimen - 6ft 2in and very athletic - and we all know what his ability is like.

"The good thing is he is enjoying his football again, so we are hoping he can translate that onto the pitch for us." 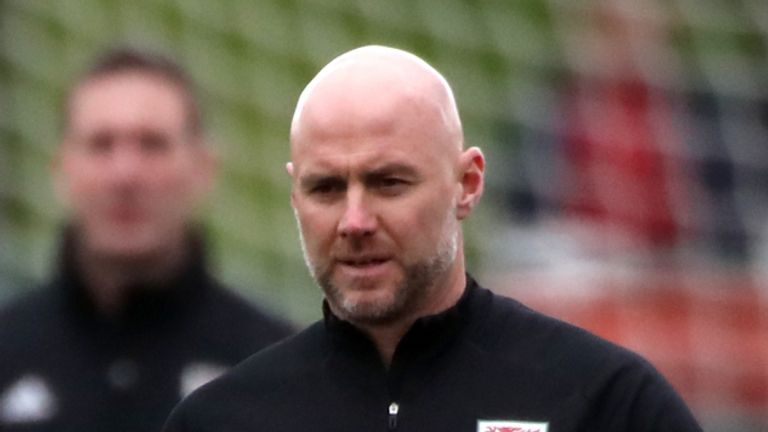 Wales caretaker boss Rob Page is expecting a tough Nations League game with Republic of Ireland, despite their opponent's poor run of form

As for the prospect of Bale starting both Nations League fixtures, Page added: "The most important game for us is tomorrow and we can only take one game at a time.

"It's full focus on the Republic of Ireland and we can't even look forward to Finland.

"We've all got a job to do and win games of football. Of course, we're sympathetic to the club managers and the demands put on them with the current situation with Covid. Highlights of the friendly match between Wales and the USA

"I've been a club manager myself and know the demands and, from a selfish point of view, you want your players to be fit every week.

"[It's] no different from us when we're in camp and we've got two big games."

Group B4 leaders Wales are one point ahead of second-placed Finland - who play away to Bulgaria on Sunday - going into their respective matches before they go head-to-head at the Cardiff City Stadium in midweek as they bid to secure promotion to League A.