Connor Roberts: Wales right-back on 'euphoria' of scoring winner against Turkey and facing Italy at Euro 2020

Swansea City's Connor Roberts scored Wales' injury-time winner in the 2-0 win over Turkey on Wednesday after Aaron Ramsey had given Rob Page's side a first-half lead; Wales play Italy at the Stadio Olimpico in Rome on Sunday with qualification for the knockout phase all but secured 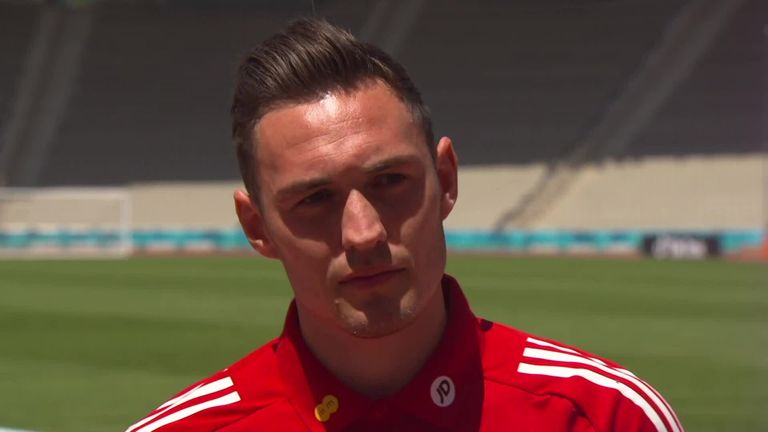 Connor Roberts says he "never dreamed" of scoring a goal for Wales in a major tournament and experienced "pure euphoria" after netting their dramatic winner against Turkey at Euro 2020.

In the fifth minute of second half injury time at Baku's Olympic Stadium on Wednesday, the Swansea City right-back latched onto Gareth Bale's pass and fired a low strike beyond Turkey goalkeeper Ugurcan Cakir to secure a 2-0 win for Wales in Group A.

The result means Wales are on the cusp of qualifying for the knockout stages of the European Championships for the second time in succession, following their unprecedented run to the semi-finals at Euro 2016.

Roberts, who also featured for the duration of the 1-1 draw with Switzerland, was playing in League Two on loan at Yeovil Town five years ago before Wales' memorable summer in France and the defender admits it is surreal to be a part of the national team's success in the competition this time around.

When asked about his emotions following the triumph over Turkey, Roberts told Sky Sports News: "Pure euphoria to be honest, for me, it is unbelievable to be playing for Wales in a major competition and then to score it's just indescribable if I'm honest.

"I won't say it's a dream come true, I never dreamed it because I never thought it would ever happen and it has so I'll keep on smiling.

"I think for little old Wales to be here is an achievement in itself, for every game we play to do all right or to win is just a bonus.

"We have good players who played well the other night and we can take that into the next game, but anything from now is a bonus and hopefully we can keep going really.

"We're a small country, we've not got much [many players] to choose from. We've got players playing in the Championship all over the park and yes, we've got two or three world-class players at the end of the pitch but yeah, we are little old Wales.

"We'll keep fighting for every scrap and in every game we'll give our all.

"If that creates more memories like it did the other night and we go one, two or three steps further then that's what we want and is what we're working towards but we don't have that sense of expectation on our back and we'll just enjoy the journey." 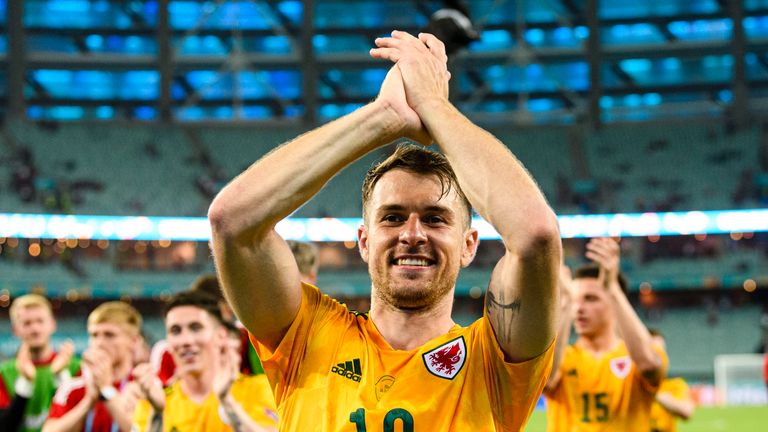 Geraint Hughes reports from Wales' camp in Baku, Azerbaijan as Robert Page's side prepare for their final Group A game against Italy

Robert Page's side face Italy, who have already qualified for the last 16 after impressive 3-0 victories over Turkey and Switzerland.

For Wales, a draw would guarantee a second-placed finish in Group A, a win would see them progress as group winners, while a defeat could also see them go through as runners-up should Switzerland fail to beat Turkey.

Four of the best third-placed group sides at Euro 2020 also qualify for the next phase, meaning that Page's team are all but assured of a spot in the last 16.

Roberts added: "If we were going there [to Italy] and needed to win [to qualify for the knockout phase] then it would be a lot different and a lot more pressure would be on us, but the pressure is off.

"We're not guaranteed to be through but we're pretty close and if we can go there and enjoy ourselves and perhaps nick a draw or a win then we'll be very happy."