Former Republic of Ireland manager Mick McCarthy has wished Stephen Kenny well in the role and says he is not surprised their handover was brought forward.

Former U21 manager Kenny was due to succeed McCarthy after Euro 2020 but the postponement of the qualification play-offs and the tournament itself led to an acceleration of the Football Association of Ireland's (FAI) plan, with McCarthy stepping down from the role on Sunday.

When asked if he was surprised by the changes, McCarthy told Sky Sports News: "No, I'm not.

"Stephen Kenny was contracted to start on August 1 and I said on December 1, 2018 when I took the job I was asked by all the journalists, if we qualified and did really well would you want to stay on?

"Good luck to Stephen. He's got the job now and let's hope they qualify."

The Republic are due to face Slovakia away in the Euro 2020 qualifying play-offs, with the winner to face either Northern Ireland or Bosnia and Herzegovina. 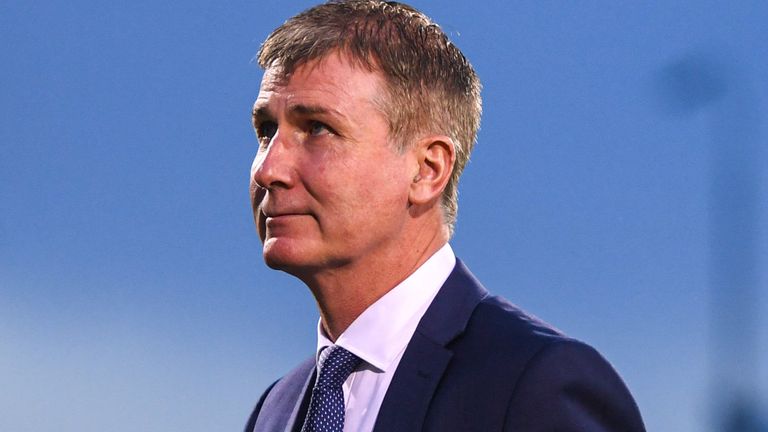 McCarthy is confident the Republic can reach the final tournament and believes Kenny is the right man to replace him with the national side.

"His record certainly at Dundalk was incredible, winning the league I don't know how many times on the bounce," said McCarthy.

"What he's achieved with the U21s since he's taken over has been remarkable. They play some really good football, he's got some really talented players.

"I think he's in a really good position with the national team because he's been coaching the U21s for the last 20 months."