Poland 1-1 England: Losing leads is a problem for Gareth Southgate but it looks like he knows his best team now

Poland's stoppage-time equaliser in Warsaw earned a 1-1 draw with England as Gareth Southgate's side surrendered their 100 per cent record in World Cup qualifying. There is much to be optimistic about as this team takes shape but losing leads is an issue...

Gareth Southgate made 11 changes to his England team for this game in Poland. And yet, in another way he made no changes at all, reverting to the line-up that won 4-0 in Hungary and standing down the back-up selection that beat Andorra by the same score.

It was confirmation the England manager appears to have settled on his strongest side. So settled, in fact, that even as Poland pushed for - and eventually scored - their stoppage-time equaliser in the 1-1 draw in Warsaw, he did not make a single substitution.

It was the first time since the semi-final of Euro '96 against Germany that England have not made a substitution in a match. Southgate will remember that one. This was a little less traumatic. Even the disappointment of two dropped points should not alter the mood.

It is perhaps surprising how quickly that a first eleven has emerged. We did not see it once in the summer and the depth of talent is obvious. Mason Greenwood - the top scorer in the Premier League since April - did not even make this squad. The manager has options.

But understandings are being developed. With one simple tweak to the team beaten by Italy in the Euro 2020 final, England certainly look easier on the eye. The introduction of Jack Grealish for Kieran Trippier has shifted the system to a more entertaining 4-2-3-1. 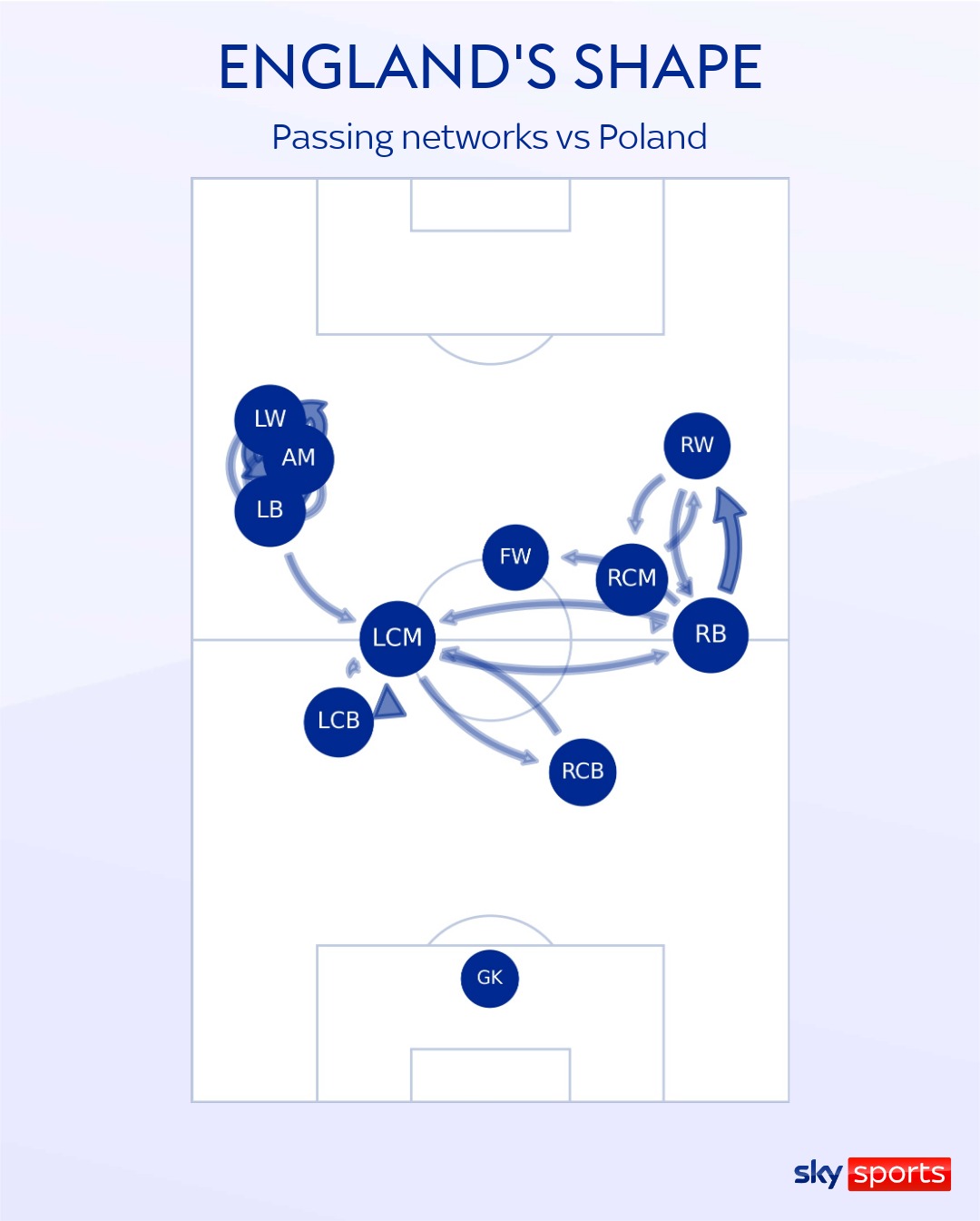 There are partnerships all over the pitch. Harry Maguire and John Stones. Kalvin Phillips and Declan Rice. Perhaps most excitingly, the combination play between Grealish, Luke Shaw, and Mason Mount is beginning to prove a real asset for this England team.

Indeed, it already feels strange to thing that Grealish and Mount did not start a single game together at Euro 2020. The pair only spent 53 minutes on the same pitch. Now, their clever exchanges look like something that Southgate can build around. It is encouraging.

The late Poland equaliser means the end of the perfect record but it should not mean the end of that optimism. England are on course to qualify for the World Cup. The momentum can continue. This was just a reminder that there is work still to be done.

Kyle Walker was turned in the build-up, Mount missed a chance to clear and Shaw was beaten to the header with Grealish looking on. But Southgate is mature enough to look at himself rather than his players. Does he have a problem closing out tight games?

The sample size in international football is never big but all three tournaments that England have contested under Southgate have ended in defeat after being 1-0 up midway through the second half.

There was the painful World Cup semi-final loss to Croatia, a game England led for over an hour before wilting. The less remembered Nations League semi-final defeat to the Netherlands followed a similar pattern, leading at half-time before losing in extra-time.

Against Italy in the summer, there was another early goal and another lead lost, with Southgate once again facing muted criticism as he seemingly waited for the equaliser before making changes. England made it to the shootout but the outcome was the same. 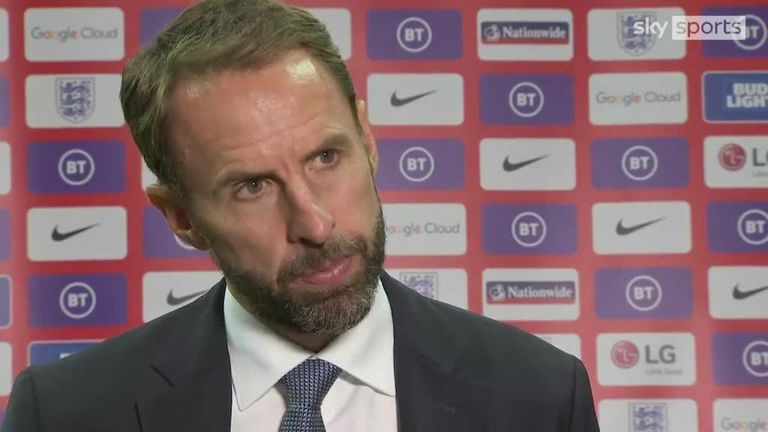 Southgate's side tired in those aforementioned matches and there were signs of that here too, but the substitutions did not come. Not one in the 94 minutes. Perhaps it is harsh but these are the small margins he knows will decide the biggest games.

Was there an opportunity to curtail the momentum with a stalling substitution, disrupting the rhythm? The manager might wonder whether Mount or Grealish could have made way for, say, Jude Bellingham. More energy late on might have been enough.

For now, he should not be too concerned. This was a confident performance from a team that continues to grow. England will be in Qatar. We know that and we know most of the line-up. It is just that we may now have to wait until they are there to find out whether they have the knowhow to hold onto these leads.