Former Arsenal forward Paul Merson picks his Arsenal XI of the 2010s, and experiences some struggles with the back line...

While there's an abundance of talent in midfield and an all-star attack, Arsenal's current defensive concerns even feature in Merson's Arsenal team of the decade.

Petr Cech came towards the end of his career, so I can't just go with names, so I'm going with Wojciech Szczesny.

I'll go for a three-man defence as there aren't many options, to be honest. The defence of Bacary Sagna, Laurent Koscielny and Nacho Monreal, they are Very, Very, Very, Very, all with capital Vs, lucky to be in the team.

There haven't been four good defenders at Arsenal in the 2010s!

Koscielny, to be fair, did well when he was there, but he was the best of an average bunch.

Mesut Ozil is the most talented of players, although he's had his bad times. There is the argument he doesn't run around, but for me, Arsenal should give him the ball and make everyone else run around!

He's flanked by Aaron Ramsey, a great goalscorer, as well as Santi Cazorla and Jack Wilshere.

Cesc Fabregas would be in, but he was only there for 18 months at the start of the 2010s before leaving for Barcelona.

People will ask why Olivier Giroud over Pierre-Emerick Aubameyang, but he hasn't been there very long, and I thought Giroud did well for them. I also want a target man with Alexis Sanchez and Robin van Persie just off him! 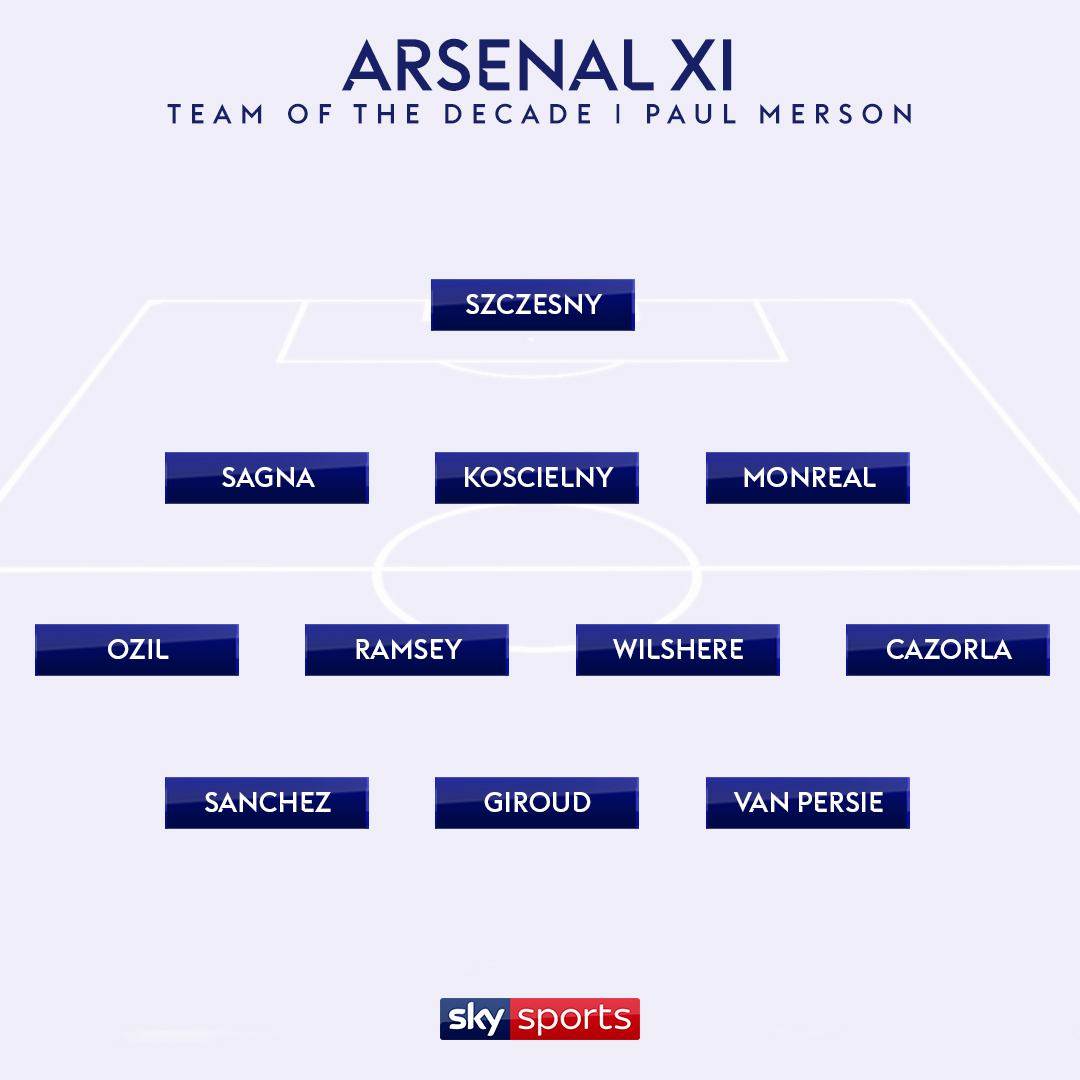 Who makes your Arsenal team of the decade?

You've heard from the expert - now you can pick your Arsenal team of the decade! Choose from a selection of the best players below and put them into your own formation.