Coronavirus: Pro sport in England could resume from June 1

Premier League aiming to restart in June, with 92 fixtures left to play

The government's road map for exiting the lockdown, imposed to limit the spread of coronavirus, was published on Monday afternoon, setting out the conditions under which various activities can be safely carried out.

Step two of the road map, which cannot begin any earlier than June 1, includes "permitting cultural and sporting events to take place behind closed-doors for broadcast, while avoiding the risk of large-scale social contact".

This will only be possible though if sufficient progress is made in limiting the spread of the virus between now and then, but the document entitled 'Our Plan to Rebuild: The UK government's Covid-19 Recovery Strategy' says that "organisations should plan accordingly".

It is less clear when supporters will be able to return to venues. The document talks about venues such as cinemas and hairdressers reopening in step three - no earlier than July 4 - but states: "Some venues which are, by design, crowded and where it may prove difficult to enact distancing may still not be able to reopen safely at this point, or may be able to open safely only in part.

"Nevertheless the Government will wish to open as many businesses and public places as the data and information at the time allows.

"In order to facilitate the fastest possible reopening of these types of higher-risk businesses and public places, the Government will carefully phase and pilot reopenings to test their ability to adopt the new COVID-19 Secure guidelines.

"The Government will also monitor carefully the effects of reopening other similar establishments elsewhere in the world, as this happens.

"The Government will establish a series of task forces to work closely with stakeholders in these sectors to develop ways in which they can make these businesses and public places COVID-19 Secure."

Page 21 of the document warns opening of venues such as sports stadia "may only be fully possible significantly later depending on the reduction in numbers of infections".

Elite football in Britain has been suspended since March 13, with Leicester's 4-0 win over Aston Villa on March 9 the last Premier League fixture played and Liverpool's Champions League exit at the hands of Atletico Madrid on March 11 the most recent elite fixture in England.

Premier League clubs held a four-hour meeting on Monday to discuss the government's latest lockdown guidance, with further meetings between players and managers set to follow this week.

"The focus was on a return to training in small groups, but the clubs know they need further government approval to do that," chief news reporter Bryan Swanson told Sky Sports News. "They'll hold talks involving the rest of English football on Thursday.

"This really is a hugely significant week for the Premier League, football and sport to return to this country this summer. They will have been mindful of the comments at the start of Boris Johnson's report where he said that the mass vaccine or treatment may be more than a year away, and ultimately they know they need to make this as safe as possible, particularly around training on the issue of testing.

"Clubs will have discussed the medical protocols which need putting in place so that players can receive assurances that it will be safe for them to resume. That meeting is now over, we're awaiting further details."

A date of May 18 has been pencilled in for a return to training, while June 8 and June 12 have previously been discussed as possible restart dates. UEFA has asked all of its member associations to outline restart proposals by May 25, with UEFA announcing their plans for the completion of the Champions League and Europa League on May 27.

All other leagues in England currently remain suspended, while in Scotland a vote led to the SPFL ending the lower leagues, while the Scottish Premiership remains suspended. 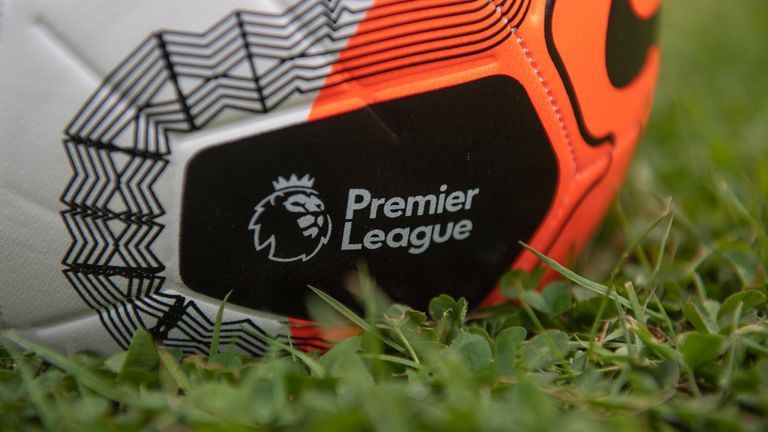 The Sunday Supplement panel argued in favour of Premier League football returning soon - as safely as possible - for economic and social reasons.

Premier League clubs met on Monday to discuss the next steps for 'Project Restart' and while the panel acknowledged it will be vital to heed medical advice to protect players and their families, they believe there are compelling arguments for the game to resume.

Formula 1 is targeting the Austrian GP on July 5 to start the 2020 season - with extensive safety measures in place.

The Red Bull Ring would run its event behind closed doors with all personnel attending tested for coronavirus every two days.

F1's motorsports managing director Ross Brawn told Sky Sports that the sport was looking to create an effective "bubble of isolation" around the events, with teams kept apart both in the paddock and away from the track.

F1 plans to hold two races in consecutive weekends in Austria before heading to Silverstone in the UK for a potential second double-header. The sport's officials are in regular contact with the UK Government about its safety and logistical plans.

Once the season is underway, F1 plans to stage further races in Europe before heading for Eurasia, Asia and the Americas. The season would end in the Middle East in December with races in Bahrain and Abu Dhabi.

F1 has not raced since the final round of the 2019 season, in Abu Dhabi on December 1, and the first 10 scheduled 2020 events have been cancelled or postponed. Six days of winter testing were held in Barcelona in February but the planned season-opener in Australia was subsequently cancelled.

Cricket off until July

The ECB has confirmed that there will be no professional cricket played in England and Wales until at least July 1, with England's three-Test series at home to West Indies in June postponed.

The ECB remains in negotiations with Cricket West Indies about rescheduling the series, in a summer in which England are also due to play Pakistan (Tests and T20 internationals), Australia (one-day internationals and T20Is) and Ireland (ODIs).

England's players could be quarantined in bio-secure environments in order for Tests to take place, with red-ball captain Joe Root recently telling Sky Sports: "The hotel would be sectioned off and you'd be in isolation together - you wouldn't be interacting with the opposition or broadcasting crews, media, officials. You'd be trying to keep it as tight as possible.

"It would be very similar within the grounds with separate lunchrooms. It would be a very different look and feel to a usual Test week but I do think it is probably manageable. Hopefully that's the case."

"The ECB will monitor government guidance and continue its planning accordingly. If and when appropriate, we will announce our return to training protocols in due course, which will incorporate the implementation of core training principles for our elite players"

England's last full international was the third T20I against South Africa in Centurion on February 16 - which they won by five wickets to take the series 2-1 - with the side's two-Test series in Sri Lanka in March postponed a week before the opening Test in Galle.

The Hundred, the ECB's new 100-ball, domestic city-based competition, which was due to start in mid-July, has been postponed until 2021, with players involved recently having their contracts for 2020 terminated.

The British Boxing Board of Control is 'hopeful' the sport will return in July, but the governing body has warned that restrictions could be enforced in this country.

Boxing has been suspended since March by the BBBofC, who have sought government advice about its resumption, and suggested that only limited numbers of people will initially be allowed to attend shows

A maximum of five fights will be staged on each bill, which will be reviewed by the board, and there will be a pre-tournament medical form, COVID-19 testing and pre-tournament quarantine.

Matchroom Boxing boss Eddie Hearn has revealed that Dillian Whyte's heavyweight fight against Alexander Povetkin is likely to be staged 'behind closed doors.'

"Whyte vs Povetkin is one of the fights we are planning to stage in the early part of the return, it will take place behind closed doors," Hearn told Sky Sports.

"I don't know how we're going to do it yet. But we have to come back with a bang. Whyte vs Povetkin, along with Katie Taylor vs Amanda Serrano, is a fight that I believe we will see at the end of July or early-August."

The PGA Tour is set to resume on June 11 with the Charles Schwab Challenge at Colonial Country Club in Texas, with the first four events (at least) on the PGA Tour after the resumption will be played behind closed doors.

There is still hope of three of the four majors taking place, with the PGA Championship (August), US Open (September) and the Masters (November) amending their dates but The Open is already cancelled for 2020.

The Ryder Cup remains on course to be played in September but there is much debate as to whether it should go ahead without spectators.

This Sunday (May 17) sees the first live professional golf since the first round of The Players Championship, which was abandoned on March 13. Rory McIlroy partners Dustin Johnson against Rickie Fowler and Matthew Wolff in a charity skins match in Florida, live on Sky Sports Golf (7pm).

Next scheduled events on main Tours can be found here