Manchester City chairman Khaldoon Al Mubarak has vowed to continue to "disrupt" the world's best but revealed his regret over the doomed European Super League.

The Premier League champions caused outrage in April by agreeing to join a Super League with 11 other European giants.

A new set of measures put in place by the Premier League in May includes an owners' charter which all club owners will be required to sign up to - committing them to the core principles of the competition - but Al Mubarak insisted City will always look to improve.

He said: "We will continue to push the envelope in everything we do. We want to be the best club in the world and to do so, we have to disrupt and we will disrupt. 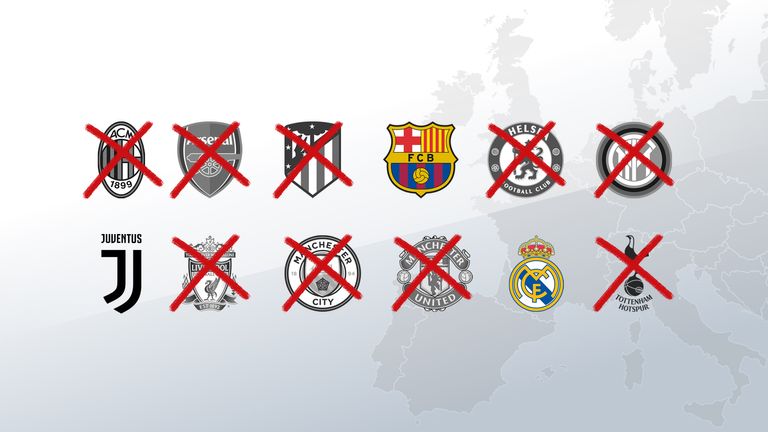 UEFA has launched disciplinary action against Real Madrid, Barcelona and Juventus over the failed European Super League and could hand out two-year bans from the Champions League

"We will be better, stronger and more successful. What I tell the fans on this is, to get to where we are today we have done a lot of things right and we have made a lot of mistakes. It's part of growing and improving.

"You need to have the courage to make mistakes and to own up to these mistakes to go forward.

"If you go back 12 years ago where we started, to where we are today, we couldn't have done the leaps we have made over the years without taking risks and without making mistakes, learning and coming back and constantly improving."

But Al Mubarak conceded it was a mistake to get involved in the Super League which strained their relationships with fans, the league and other top-flight clubs.

"Regret, yes, a big learning experience. We go on and we will continue," he told the club's website.

"It was a decision based on a view, which was a mistaken view, this will improve and strengthen our position as a club. What it missed was an important aspect which is how the fans felt about it.

"We will learn from it, I have no doubt. Our fans appreciate the heart and spirit of everything we do. Our fans, I hope, will understand when we make such a mistake like this our heart was in the right place. Our assessment was wrong.