Arsenal midfielder Lucas Torreira close to joining Fiorentina on loan; deal includes option to buy midfielder for £12.8m; 25-year-old wanted return to Serie A after joining Arsenal from Sampdoria in 2018 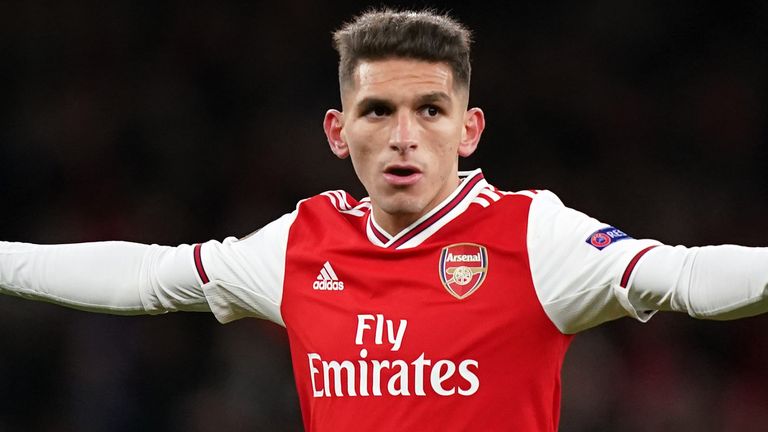 Dharmesh Sheth provides an update on the future of Arsenal's Lucas Torreira, telling The Transfer Show that he is closing in on a loan move to Fiorentina

Arsenal midfielder Lucas Torreira is close to joining Fiorentina on loan and has arrived in Italy for a medical.

The clubs have agreed a deal for the 25-year-old which includes an option to buy for £12.8m.

Eintracht Frankfurt made an offer but Torreira's preference was a return to Italy.

The Uruguay international joined Arsenal in July 2018 from Sampdoria and has made 63 appearances for the club.

However, he spent last season on loan at Atletico Madrid and is not in Mikel Arteta's plans.

Nketiah has struggled to secure a regular first-team place at Arsenal since breaking into the team in 2017 and he is now in the final year of his contract at the Emirates.

Palace are interested in signing the 22-year-old but there is a gap in their valuation of the striker and Arsenal's asking price of around £20m.

An unnamed European club have had two bids rejected for Nketiah but are expected to return with another offer.

Arsenal held talks with Nketiah over a new contract earlier this summer but without a resolution. One source has told Sky Sports News that Nketiah is expected to leave the club this summer.