Leicester manager Brendan Rodgers also confirms three members of staff are absent for the match in Naples; victory against their Serie A opponents will ensure they finish top of the group and progress to the knockout stages

Leicester City will be without seven players for Thursday's Europa League game against Napoli due to a combination of Covid-19 cases and illness in the squad.

Manager Brendan Rodgers also confirmed three members of staff are absent for the match in Naples.

Leicester know a win against their Serie A opponents will ensure they finish top of the group and progress through to the last 16 of the tournament.

"We've had a number of people, staff and players, who haven't travelled," Rodgers said.

"We've had some positive [COVID-19] cases, some are generally not well, so we haven't taken the risk."

Youri Tielemans will be available for the match after a calf injury has kept him absent since November, while Ryan Bertrand has also travelled and is in contention to return from an injury absence of his own.

"The players who were unwell who we could have maybe given 24 hours to feel better, we couldn't take any risk with those, so we've kept them at home along with the other guys who were deemed positive," Rodgers added. 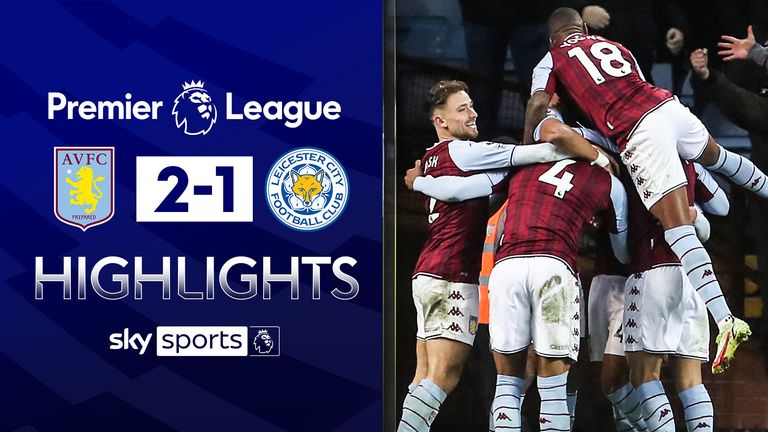 FREE TO WATCH: Highlights from Leicester City's defeat at Aston Villa in the Premier League on Sunday.

The Foxes host Newcastle in the Premier League on Sunday, before a visit to Tottenham on December 16.

Earlier on Wednesday, Tottenham head coach Antonio Conte said he was "scared" and the club faced a "serious" situation after eight players and five members of staff tested positive for Covid-19.

Rodgers added: "In general, you're starting to see a few more cases and, for us, it's always about the health of our players.

"Travelling to a foreign country, we have to respect travelling into Italy. We still have a strong squad here, but unfortunately it's not a fully fit squad."

Follow every Leicester game in the Premier League this season with our live blogs on the Sky Sports website and app, and watch match highlights for free shortly after full-time.

Get all this and more - including notifications sent straight to your phone - by downloading the Sky Sports Scores app and setting Leicester as your favourite team.