Manchester United's game against Brighton on Saturday was quickly followed by games involving Brentford, Watford, Norwich and Leicester as coronavirus spreads throughout players and staff.

Five Premier League games due to take place this weekend have been postponed because of Covid-19 outbreaks.

Following the announcement on Thursday morning that Manchester United's game against Brighton on Saturday was off, the Premier League later confirmed four more fixtures would be postponed:

It means five of the 10 matches scheduled for the weekend have been scratched from the schedule with the only games set to take place on Saturday now being Aston Villa's home game against Burnley and Leeds vs Arsenal.

Despite the postponements, the Premier League is still resisting a complete suspension of the weekend programme and said in a statement: "All other fixtures due to be played this weekend are currently scheduled to proceed as planned."

It added it would continue to evaluate applications for postponements on a "case-by-case basis".

The Premier League's stance came just hours after Brentford head coach Thomas Frank called on the Premier League to suspend this weekend's round of fixtures, with several top-flight clubs struggling to contain Covid-19 outbreaks as the highly-transmissible Omicron variant spreads across the country.

Watford's visit to Burnley and Leicester's home match against Tottenham have also been called off this week. 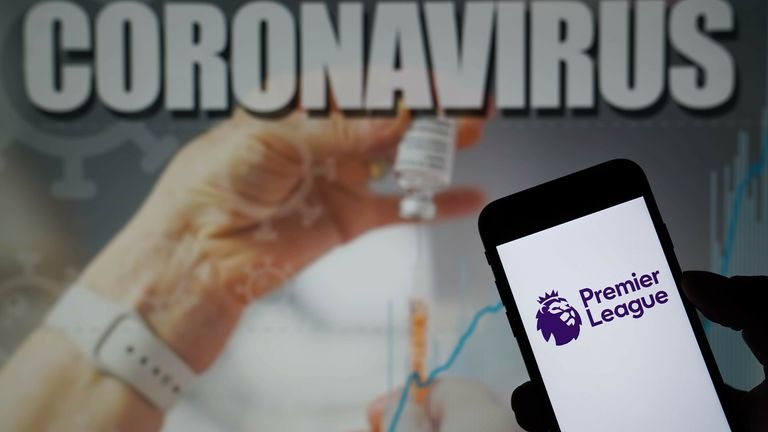 The 2021/22 Premier League handbook includes Covid protocols, and states the Premier League board will "only permit the rearrangement or postponement of a league match in exceptional circumstances".

The board make calls on a case-by-case basis, and, by way of guidance, the Premier League says permission for a postponement will not be granted if a club have 14 or more players from their squad list available.

In a statement, the Premier League added it would "assess a number of factors, including the ability of a club to field a team; the status, severity and potential impact of the Covid-19 outbreak at the club; and the ability of the players to safely prepare for and play the match.

"The Board must also consider the wider risks to the opposition and other people the club may come into contact with."

Covid cancellations: Which PL games have been called off?