Heung-Min Son: Tottenham forward likely to be out for rest of month with muscle injury

Tottenham forward Heung-Min Son is likely to be out for the rest of the month with a muscle injury, according to head coach Antonio Conte

Son sustained the problem in Wednesday's Carabao Cup semi-final first-leg defeat at Chelsea, and a scan later showed he would be sidelined for the rest of January.

It means he will miss Sunday's FA Cup third-round tie against League One side Morecambe at the Tottenham Hotspur Stadium. 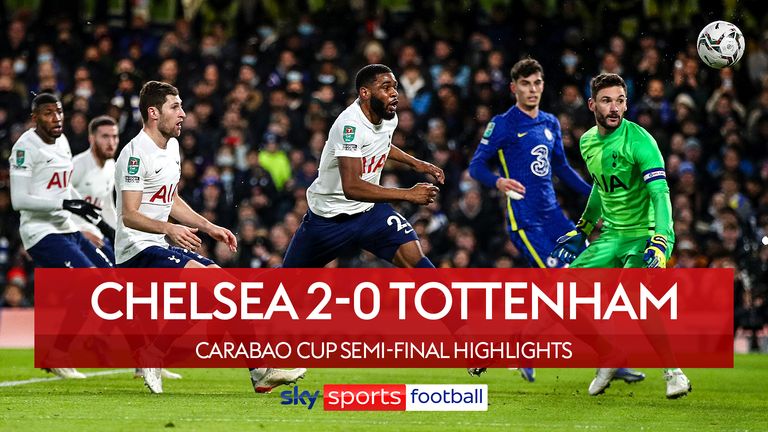 Highlights from the first leg of the Carabao Cup semi-final match between Chelsea and Tottenham.

Son is also set to miss key games for Tottenham, including next week's Carabao Cup semi-final second leg against Chelsea followed by the north London derby against Arsenal and a trip to Leicester.

Conte says he will try to give captain Harry Kane a rest this weekend, although Son's absence will make that much harder for the Italian, who is seeking to win Spurs their first piece of silverware since 2008. 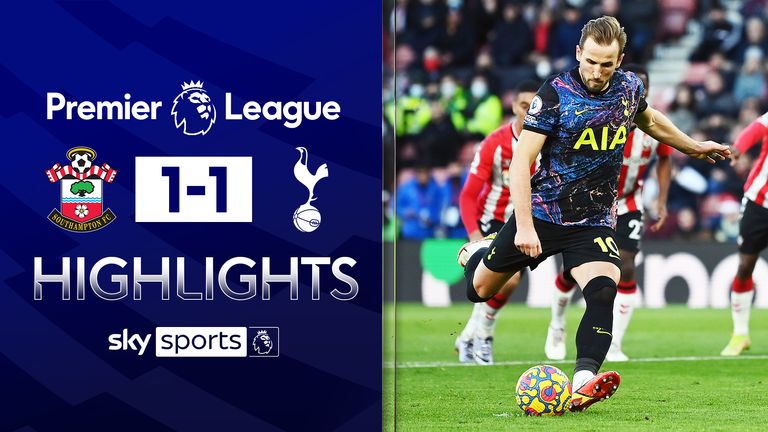 FREE TO WATCH: Highlights from Southampton’s draw with Tottenham in the Premier League.

Dele Alli is expected to be involved against the Shrimps, despite a lot of talk about the attacking midfielder leaving Spurs this month.

'Door is always open' for Erisken to train at Spurs

Conte says "the door is always open" for Christian Eriksen to train at Tottenham as the Dane steps up his unlikely comeback from a cardiac arrest. 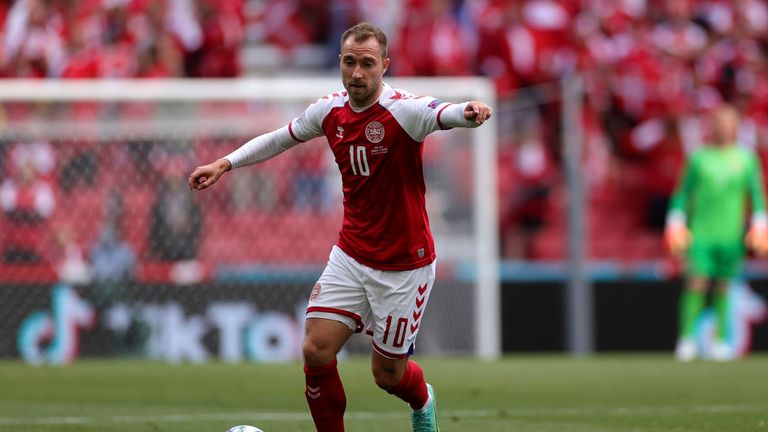 Christian Eriksen insists he has no fears about suffering another cardiac arrest as he plans to resume his football career. Pictures courtesy of DR/Danish Broadcasting Corporation.

Eriksen revealed this week that he "died for five minutes" when he collapsed during the Euro 2020 group match against Finland in June.

The 29-year-old received life-saving treatment on the pitch before being taken to hospital and was fitted with an implantable cardioverter-defibrillator (ICD) device.

He left Inter Milan by mutual consent before Christmas after rules in Italy prevented him from playing with an ICD and he is now training with third-tier Swiss club FC Chiasso as he looks to build up his fitness.

The midfielder, who has targeted a place in Denmark's squad for the 2022 World Cup in Qatar, was signed by Conte at Inter in 2020, and Conte says he would be welcome to continue his training at Spurs, who he played for from 2013-2020. 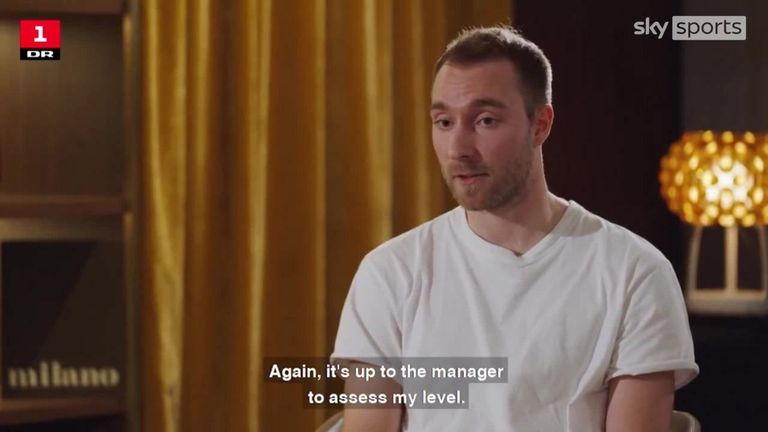 Christian Eriksen insists his 'heart is not an obstacle', as he targets a return to football and participation in the Qatar World Cup.

"I didn't speak recently with Christian," said Conte. "For sure, it was great, it was fine, to see him on a pitch, to see that he is kicking a ball.

"We are talking about a really important player. But especially a top man.

"And now, to see him again ready to play football is great news. I think for Christian, the door is always open."