WSL: Arsenal vs Man Utd and Chelsea vs Arsenal games to be shown live on Sky Sports in February

Table-topping Arsenal, who suffered their first defeat of this WSL campaign against bottom-side Birmingham earlier this month, host Manchester United on Saturday February 5; kick off at 12.30pm.

Arsenal then travel to Kingsmeadow for a mouth-watering fixture against Chelsea on Friday February 11; kick-off 7.45pm.

Chelsea are currently five points behind Arsenal but they have a game in hand on the Gunners with next month's London derby shaping up to be a genuine six-pointer in the race for the title.

Both games will be shown on Sky Sports, with free match highlights available across Sky Sports' digital platforms. 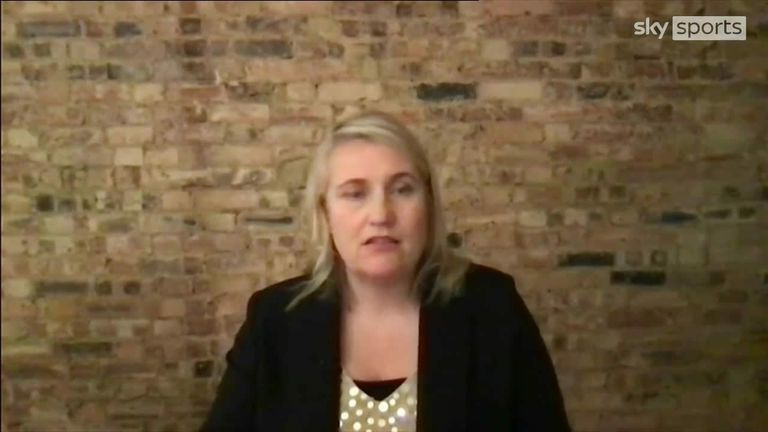 Chelsea boss Emma Hayes, meanwhile, was voted as the women's coach of the year at the FIFA Best Football awards in Zurich on Monday night.

Hayes guided the Blues to Women's Super League, League Cup and FA Cup glory last season and steered the London side to the Champions League final.

The 45-year-old was named WSL manager of the season for her feats and was awarded an OBE in the New Year Honours for services to football.

Hayes said she was taken aback at winning the accolade and paid tribute to her players and staff at Chelsea.

Speaking via video link at the ceremony, she said: "I'm completely shocked. It's down to the players and the fantastic people who represent my work. Ultimately, the coach is only as good as the people they have around them.

"I've got brilliant people at Chelsea that have helped to support the team to the place we're at. Honestly, I'm absolutely shocked right now." 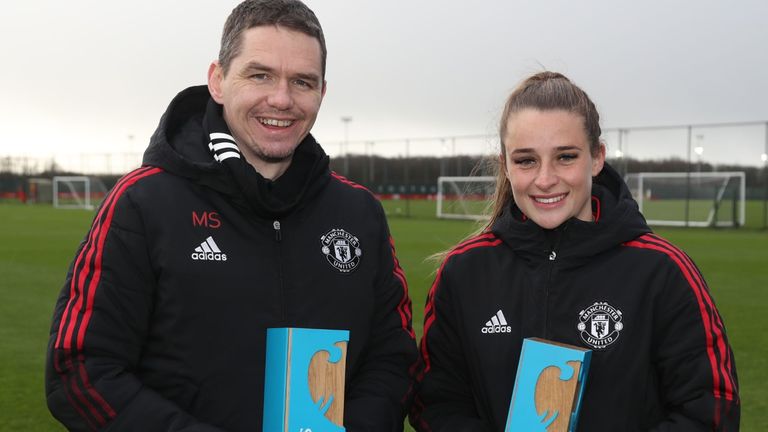 Manager of the Month Skinner oversaw two wins out of two in December, beating Brighton 2-0 and thrashing Aston Villa 5-0.

Skinner, who previously managed Birmingham City, joined United in the summer from US side Orlando Pride, replacing the outgoing Casey Stoney. 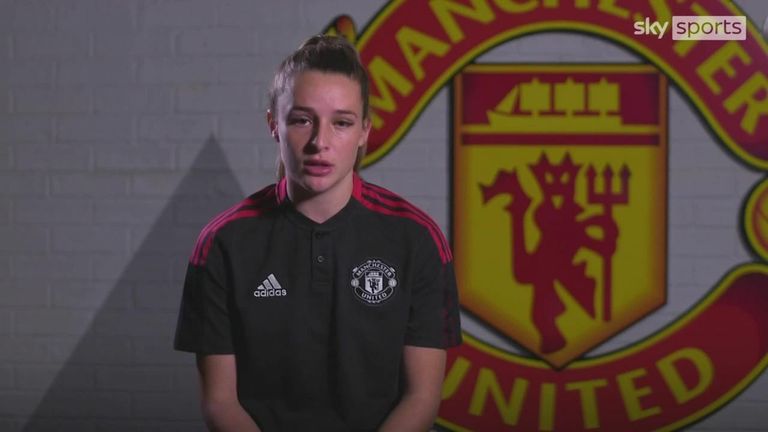 December's Player of the Month Toone played 90 minutes in the win at Brighton and scoring twice as United put five past Villa.

The 22-year-old forward has been in impressive form this season, recording five goals and five assists in 11 games to help United to third place in the WSL.

Toone has also found the net on a regular basis for England after making her debut last year, with six goals in just eight games.

She began her career at United but left for Blackburn before joining Manchester City in 2016.

Toone then returned to United from their city rivals in 2018 in time for their inaugural season in the Women's Championship, which ended in promotion to the WSL.