Eddie Nketiah's previous contract was due to expire at the end of this month; Sky Sports revealed in May that the 22-year-old had decided to stay at Arsenal after being convinced by Mikel Arteta; the striker has been given the iconic No 14 shirt historically worn by Thierry Henry 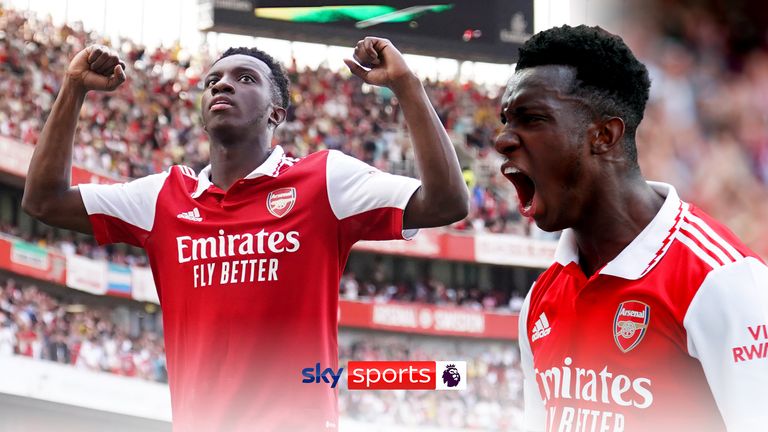 After Eddie Nketiah signed a new long-term contract with Arsenal, take a look at some of his best goals for the Gunners.

Eddie Nketiah has signed a new long-term contract at Arsenal, with the striker also being given Thierry Henry's iconic number 14 shirt in the process.

The 22-year-old was in fine form for the Gunners at the end of last season, scoring five goals in eight matches for Mikel Arteta's side.

Nketiah's previous contract expired at the end of this month, with Sky Sports News revealing at the end of May that the forward had decided to stay at the club, despite interest from Crystal Palace and Borussia Monchengladbach, after being convinced by Arteta to remain.

"I'm delighted Eddie is staying with us," a statement from Arteta read on the club's website. "He represents what we are all about and all the values of the club. 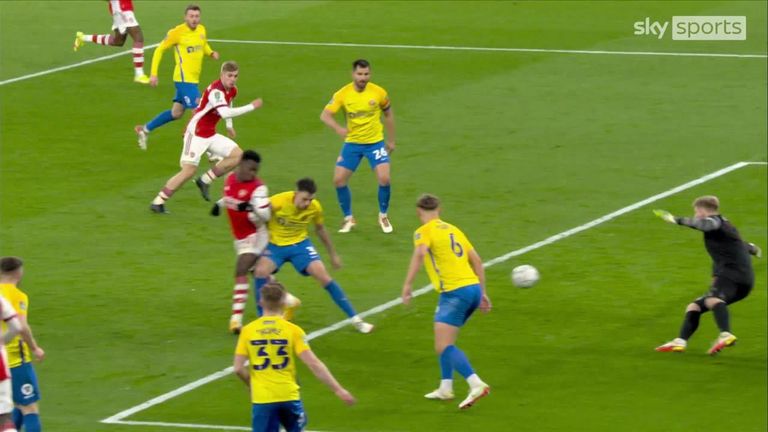 Eddie Nketiah scored a hat-trick against Sunderland with a fabulous flick that gave Arsenal a 4-1 lead in the Carabao Cup quarter-final.

"We are very happy that he has extended his contract and now we have to get to work and continue to develop the great talent and person that we have in him."

Nketiah's new No 14 shirt was worn by Arsenal legend Henry between 1999 and 2007, with the Frenchman scoring 228 goals for the Gunners in two separate spells.

Since then, the number has been given to strikers - with Theo Walcott and Pierre-Emerick Aubameyang taking over the mantle as Arsenal's No 14. Walcott scored over 100 Arsenal goals in his Gunners career, while Aubameyang netted 92 times with that number before departing for Barcelona in January.

Arsenal have also held talks with Ajax over a deal for centre-back Lisandro Martinez.

The initial approach for him was said to have been made in late May after the season finished.

An agreement is not thought to be close yet - with Arsenal's recruitment staff also working on a number of other positions at the moment - but all sides are open to a deal.

Arteta is said to be a big fan of Martinez and the player is also intrigued by the idea of working with him.

Argentina international Martinez is a left-footed centre-half - a premium commodity in this summer's transfer market.

Sky Sports News has been told from one source in Europe that Manchester United boss Erik ten Hag has also asked to be kept updated with Martinez's situation. 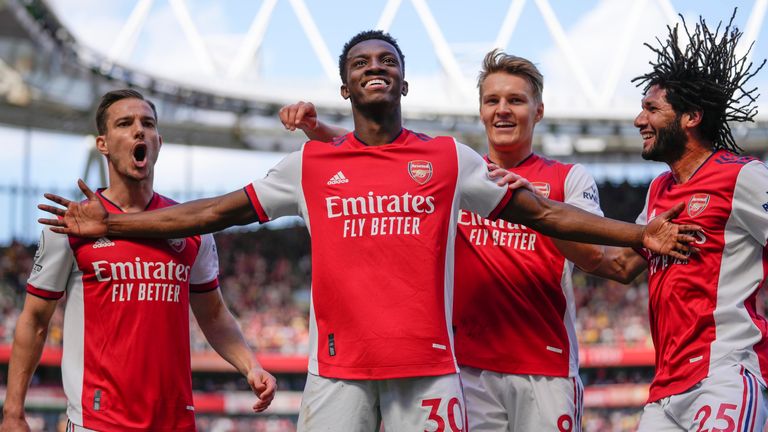 The 22-year-old has decided to stay at Arsenal after being convinced by Mikel Arteta; the striker has been given the iconic No 14 shirt historically worn by Thierry Henry.

"There were doubts over Eddie Nketiah's future and he has signed a new long-term contract. The man that joined Arsenal as a 14-year-old, now 22 years old, has now committed his future. He was into the final year of his current deal, this will be seen as a huge coup for Mikel Arteta.

"He's wearing the No 14, if anyone in that Arsenal dressing room knows what it's about, it's about Thierry Henry.

"The five goals in Arsenal's last eight games shows he could perhaps be seen as Arsenal's number one striker. It feels like a new signing and they can plan around him now."

"It shows the pulling power of Mikel Arteta and sporting director Edu Gaspar. Crystal Palace were keen, Borussia Monchengladbach were keen. It's what Mikel Arteta said to him that convinced him to stay.

"That's not the end of what Arsenal want to do with that attack. They've lost Aubameyang and Lacazette and while Folarin Balogun will be coming back, Arsenal will want to strengthen in that area." 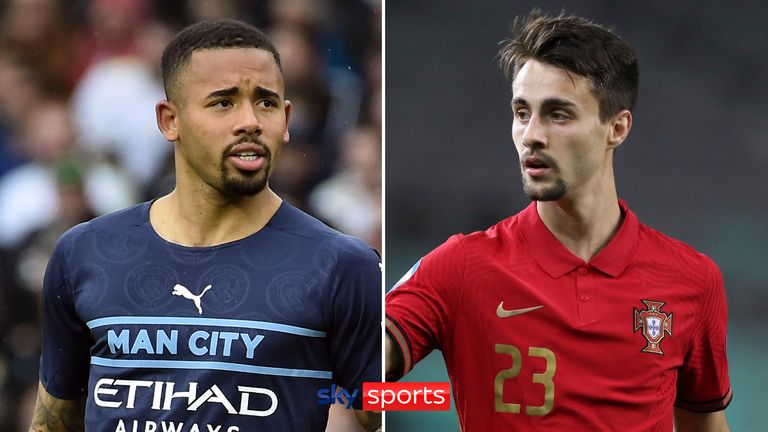 Dharmesh Sheth with the latest transfer news as Porto confirm a deal to sell midfielder Fabio Vieira to Arsenal for £34m including add-ons and there's an update on Gabriel Jesus.

Nketiah's commitment to Arsenal is a boost for Arteta, who is also looking to bolster the Gunners' attack with two new faces this window.

Porto confirmed the deal to sell midfielder Fabio Vieira to Arteta's Arsenal for £34m including add-ons, in a statement on Friday.

Vieira will add further creative talent to Arsenal's ranks, with the highly-rated midfielder having laid on a league-high 14 assists in the 2021/22 Primera Liga campaign.

Arsenal are yet to announce the signing but Vieira was understood to have been in north London on Thursday for a medical.

The Gunners have since cooled their interest in Youri Tielemans making it more likely the Belgium midfielder will sign a one-year contract extension at Leicester.

Meanwhile, Arsenal are "cautiously optimistic" of getting a deal for Manchester City's Gabriel Jesus over the line.

The north London club put in nearly six months of work with the forward's representative Marcello Pettinati to ensure they were in pole position to recruit him from the Premier League champions this summer.

Jesus indicated his desire to move to the Emirates at the start of June and the only hindrance so far has been the distance between the valuations of both clubs.