Norwich midfielder Emi Buendia has been linked with a move to Arsenal as a possible replacement for Mesut Ozil; Buendia has seven goals and seven assists in 20 Championship games; Norwich top of the table 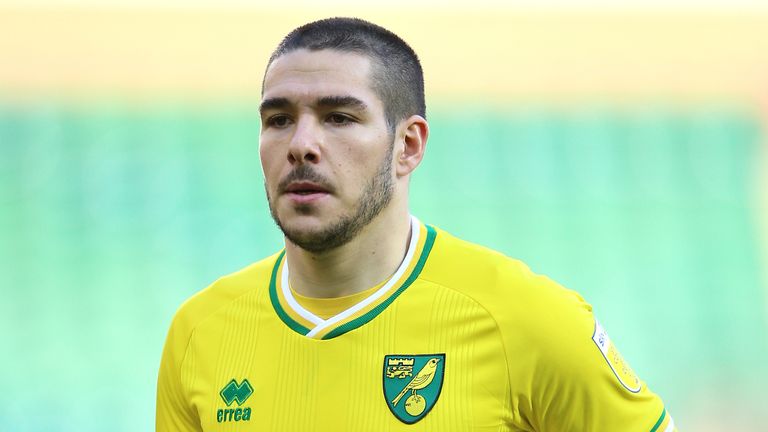 Arsenal would need to offer £40m-£50m to tempt Norwich into selling midfielder Emi Buendia, according to Kaveh Solhekol

Arsenal would need to offer in the region of £40m-£50m to tempt Norwich into selling midfielder Emi Buendia, according to The Transfer Show.

With Mesut Ozil's confirmed departure imminent, Arsenal have been linked to the Championship midfielder as a possible replacement.

Kaveh Solhekol says Buendia has not been distracted by reports linking him with the north London club.

Buendia has seven goals and seven assists in 20 Championship games this season with Norwich top of the table.

Solhekol said: "One player they (Arsenal) have been watching very closely is Emi Buendia at Norwich City.

"I have been in touch with some people close to the player today. They say the situation is that the player himself is focused on his job at Norwich. They are doing really well in the Championship, top of the table. They can see the Premier League on the horizon.

"The problem Arsenal would have with trying to sign him this month is how much it would cost. Norwich are a very well-run club with a sustainable business model. I have been told it would take a crazy offer for them to be tempted to sell him this month. A crazy offer we are looking at somewhere between £40m and £50m."

Dharmesh Sheth added: "Norwich are under no pressure to sell Buendia. He is under contract. Daniel Farke has already said that none of his top players will be leaving this month.

"There was talk of Todd Cantwell as well during the last transfer window. It looks like he will be staying and Buendia as well. That link with Arsenal hasn't gone away but what has been consistent from the Norwich end is that there is no pressure to sell, we are going for promotion to the Premier League and he will be a key part of that."

Mesut Ozil says joining Fenerbahce will be a "dream come true" after landing in Turkey ahead of a medical with the club.

Ozil is expected to join Fenerbahce as a free agent once an early termination of his Arsenal contract - which had been due to expire in the summer - is finalised.

The paperwork is expected to be completed in the coming days before Ozil signs a three-and-a-half-year deal.

After arriving in Turkey in the early hours of Monday morning, Ozil said: "I am very excited because I was always a fan of Fenerbahce. My dream comes true.

"I am very excited to wear the Fenerbahce jersey. I hope we will be very successful with my team-mates.

"May God bless our fans, because they always support us. As I mentioned I am very happy to be here.

"I hope that I thank our fans with my good performance on the pitch."