Celtic back Neil Lennon: Time for change at the top, says Andy Walker

Neil Lennon is under increasing pressure following a 2-0 Scottish League Cup defeat to Ross County, with fans turning up at Celtic Park to demand the removal of their manager, amid scenes of chaos as police tried to keep order; Celtic board have publicly backed the manager

In his latest column, Sky Sports pundit Andy Walker criticises the 'vulgar' attacks on Neil Lennon but questions whether the club will make the right changes needed.

I was a player at Celtic in 1991 when manager Billy McNeill was sacked. Bizarrely, my dad was Billy's accountant and following a poor run of results, the club had asked him to resign.

"Resign from nothing, Billy," was my dad's response and he was soon inside the boardroom negotiating with chief executive Terry Cassidy to ensure a much healthier pay-off from the club than they were initially prepared to give him.

I also played under Tommy Burns for a couple of seasons when he managed Celtic in my second spell at the club. Like McNeill, you would be hard pushed to come up with anyone more steeped in Celtic's history and traditions.

But he too suffered a barren run of form and didn't ever enjoy a particularly close relationship with chairman Fergus McCann, who sacked him in Tommy's third season. 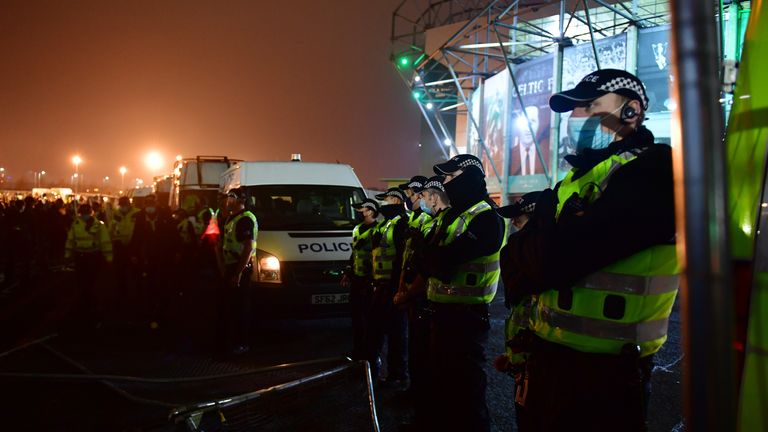 Looking back, it's understandable from Celtic's point of view why both had to be removed. Results are everything at such a demanding club and at the time, both were underachieving. In a brutal business, that's the harsh reality.

One of the things I remember about their departure is the simple task of exiting through the glass-fronted doors at the ground to be met by hundreds of Celtic fans waiting patiently for the inevitable but who were desperate to thank them for their efforts and wish them well.

If Neil Lennon turns things around and somehow gets his players back onside, I'll be the first to admit I got it wrong and acknowledge what a remarkable job he has done. But what if Dermot Desmond and the Celtic board are blindly sticking by him, refusing to bow to mob rule but ignoring the obvious out of spite?

It was a simple act of decency from a support who craved more but couldn't let such great servants of the club leave without knowing how much they were still appreciated.

I now think of the more prominent, new element of Celtic supporter who turned up to aim the most vicious and vile abuse at Neil Lennon, his players and coaching staff after Sunday's shocking defeat at home to Ross County in the League Cup.

I cringed at their appalling behaviour. During a lockdown in Glasgow, to gather was bad enough. But to abuse Lennon and his players in such a disgusting manner as well as police officers and anyone else who didn't share their point of view is unacceptable. It tells you they are a group full of their own self-importance.

Let's disregard the mob mentality for a moment. What about the thousands of decent, reasonable and concerned Celtic fans who do want to see a change of manager? I reckon they'll easily outnumber the attention-seeking and self-important mob who think they can behave in a vile and vulgar manner. 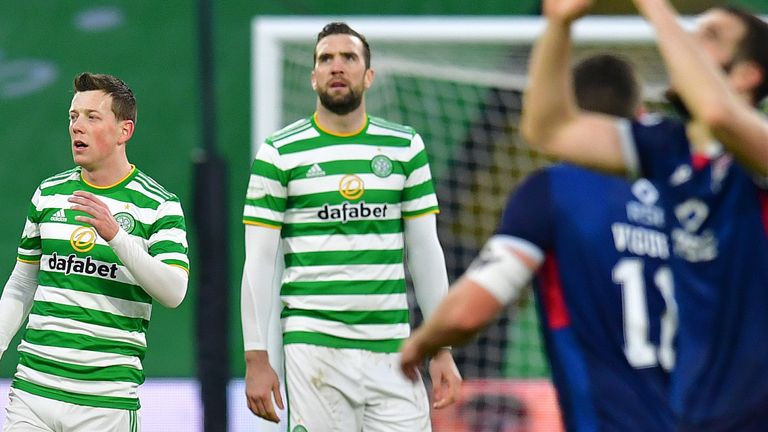 Were Celtic so disgusted by the fans' behaviour that they refuse to bow to mob rule and in an act of defiance, won't change the manager?

Peter Lawwell, the chief executive, has called for unity and insists 'there is no complacency whatsoever' at the club. I beg to differ. It's extremely complacent to replace a manager of the calibre of Brendan Rodgers by appointing an out-of-work manager in Lennon and not allowing him any coaching staff of his own. 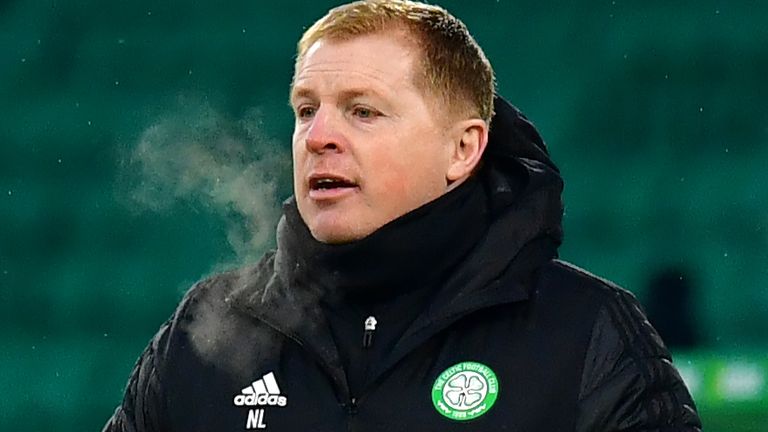 Neil Lennon understands the frustrations of some Celtic fans following the club's poor run of form, but says the heated protests outside the stadium 'serve no purpose'

It's also arrogant to completely disregard the growing threat of your one and only rival for the title. Too many people at Celtic have been laughing at Rangers for too long and didn't take the progress under Steven Gerrard seriously.

Why do the Celtic fans see a change as necessary? Well, despite an extraordinary financial advantage, their team has been eliminated from the Champions League, Europa League and Scottish League Cup before December having spent millions on players who can't get a game.

Like I've said, management is brutal and unforgiving and it's the job of a manager to get results. As Lennon said himself on Wednesday, I would have understood had he been sacked after the League Cup exit to Ross County.

If Lennon turns things around and somehow gets his players back onside, I'll be the first to admit I got it wrong and acknowledge what a remarkable job he has done. But what if Dermot Desmond and the Celtic board are blindly sticking by him, refusing to bow to mob rule but ignoring the obvious out of spite?

I don't think Lennon will be successful with these players. For the avoidance of doubt, the only trophy that matters for the Celtic fans this season is the title and not the two Scottish cups that are available in the space of six months.

Do they have a succession plan? Surely they are thinking of options? Are they doing their homework behind the scenes as to who might be available? What kind of manager will succeed Lennon if they do eventually make a change?

Does he have to be out of work? Who is the next, younger version of Rodgers, a coach who has a track record of improving players, getting results and playing good football?

Rodgers was a huge success. Remember this, when he left, Celtic got £9m in compensation. In effect, the success he brought over three seasons cost nothing.

Players have had a platform at Celtic recently to play well, be successful in front of an adoring crowd and eventually move to a bigger and richer league.

Celtic should sell the managers' job in the same way. Come to a competitive league in Glasgow, qualify for the Champions League and bring success and you too can move to a bigger, stronger and more competitive league.

Sadly, I doubt any of those questions have crossed their minds.