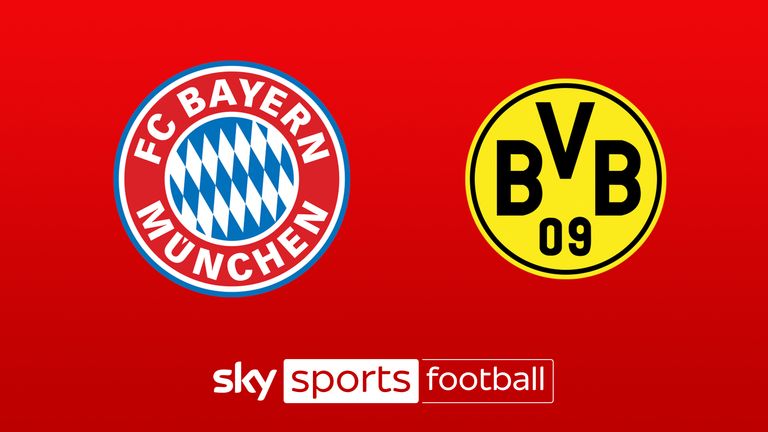 Bayern Munich can be crowned Bundesliga champions with a win over second-place Borussia Dortmund at the Allianz Arena on Saturday in the final Der Klassiker of the season - and anybody can watch the game with our free enhanced live stream exclusively on the Sky Sports App.

Bayern are nine points ahead of Dortmund and will claim a 10th consecutive title with victory in Germany's standout fixture, which will also be live on Sky Sports Football from 5.15pm, with kick-off at 5.30pm.

Julian Nagelsmann's side have a huge incentive to be crowned champions against their biggest rivals, who they have not lost at home to in eight years in the Bundesliga.

The match in Munich could also be the last time Bayern striker Robert Lewandowski and Dortmund forward Erling Haaland face off in Germany, with Barcelona highly interested in signing the Poland international this summer while Haaland is set to join Premier League leaders Manchester City next season.

If you want to watch these two superstar strikers in what promises to be an exciting Bundesliga clash then tap on the video at the top of this page to view our new special enhanced live stream.

This enhanced stream means viewers can now see stats and data throughout the contest and what is more, it is free. You do not need to be a Sky subscriber to take advantage of this new feature.