Old Firm matches this season have taken place in front of home fans; visiting supporters to return for final two Scottish Premiership matches between Rangers and Celtic this season; watch Rangers vs Celtic, live on Sky Sports, on April 3 Rangers managing director Stewart Robertson has confirmed there will be away fans at the remaining two Old Firm matches this season.

The first two encounters between Rangers and Celtic this season took place in front of capacity home crowds due to the Covid-19 situation.

However, the clash at Ibrox on April 3 and post-split fixture at Celtic Park will have visiting supporters in attendance.

In an exclusive interview, Robertson told Sky Sports News: "There will be away allocation for the next two games.

"There will be away fans for the two games remaining.

"It will be the allocation we've had for the last couple of years. Going into next year, and the succeeding years after that, as far as I can see it will still be at that level.

"I don't think that's underselling the game, I can see why some might think that.

"From my perspective, a lot of the excitement is what happens on the pitch between Rangers and Celtic.

"I'm comfortable with where we are in terms of the away fans allocation."

Scottish Premiership: Who will win the title?

With just 12 matches to go, there is still plenty to decide right across the Scottish Premiership.

Rangers came back from the winter break with a six-point advantage over Celtic, however, Ange Postecoglou's side are now a point ahead of their rivals with 12 games to go.

February's Old Firm win at Celtic Park was a significant night in this title race but Rangers responded with convincing wins over Hearts and Hibernian to keep the pressure on in the battle for top spot.

Both clubs have new signings, including the likes of Reo Hatate, Matt O'Riley, Aaron Ramsey and Amad Diallo to help with their push for the trophy.

The pride of being crowned champions will be more than enough for the fans, but this season's Premiership title comes with an even bigger prize. A place in the Champions League is all but guaranteed. With that comes a cash injection of £30m and rising.

There's little, if any, margin for error over the coming weeks for both clubs so strap yourself in for a battle that could go down to the final weekend of the season.

Click here for our guide as we get set for a dramatic end to the season. 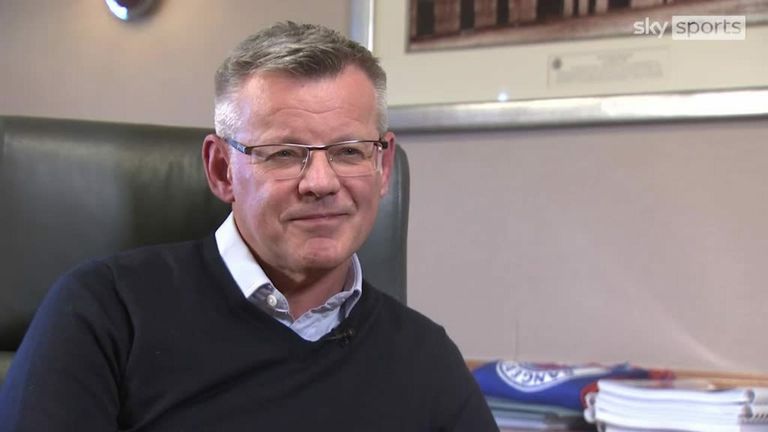 Ten years on from being placed into administration, Rangers managing director Stewart Robertson looks back on the Scottish Premiership champions' journey to the top

Ten years ago Rangers fans suffered heartache on Valentine's Day as the club were placed into administration.

However, a decade on, the Ibrox side are now Scottish Premiership champions and preparing for a huge Europa League clash against Borussia Dortmund.

It is a journey that features pain, joy, excitement and much more. To reflect on Rangers' rise back to the top of Scottish football and what is next, click here for an exclusive Q&A with the club's managing director Stewart Robertson.