Match report and highlights as Nigeria qualify for the last 16 of the 2021 Africa Cup of Nations after 3-1 victory over Sudan; goals from Samuel Chukwueze, Taiwo Awoniyi and Moses Simon help the Super Eagles to maintain their 100 per cent record 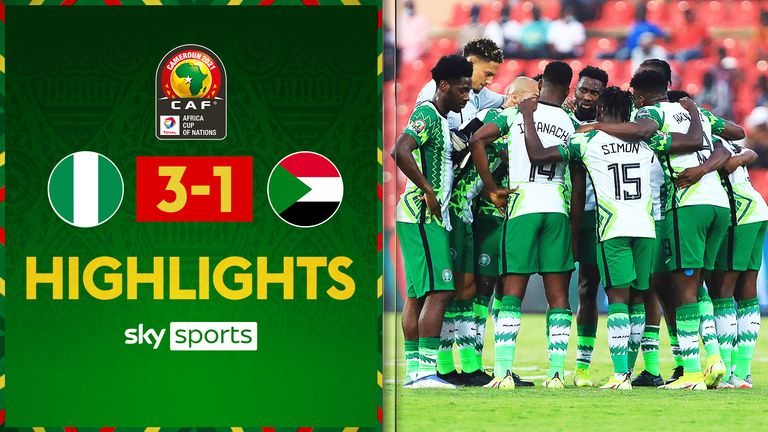 Nigeria have qualified for the last 16 of the Africa Cup of Nations after a comfortable 3-1 win over Sudan to make it two from two in Group D.

An early goal from Villarreal forward Samuel Chukwueze provided a positive start for the three-time champions before Taiwo Awoniyi got their second on the stroke of half-time at the Roumdé Adjia Stadium in Garoua.

It took Moses Simon just 30 seconds of the second half to add a third, but Sudan pulled a goal back with a fortuitous penalty, converted by Walieldin Khedr with 20 minutes left.

Nigeria now have six points from their opening two games, after beating Egypt on Tuesday, while Sudan have one point.

The Super Eagles will face a third-placed side in the last 16 if they can win Group D.

What's next for Nigeria and Sudan?