Buendia's winner was his first goal at Carrow Road since October 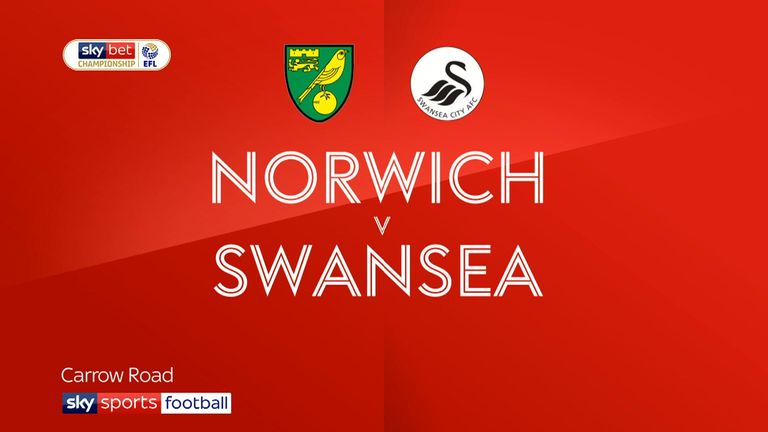 Highlights of the Sky Bet Championship match between Norwich and Swansea

Norwich moved five points clear at the top of the Championship after an unstoppable strike from Emiliano Buendia earnt them a 1-0 win over Swansea at Carrow Road.

It was a below-par performance from Daniel Farke's team, who were put on the back foot early in the first half by a side still harbouring slim hopes of a late play-off charge.

But Buendia scored the deciding strike in superb fashion after 54 minutes, striking a left-footed thunderbolt that left visiting goalkeeper Kristoffer Nordfeldt with no chance.

Man of the match: Emiliano Buendia

The victory increases the pressure on the Canaries closest rivals Leeds and Sheffield United ahead of the weekend's action, while Swansea remain seven points adrift of the top six with 11 games remaining.

Inside the first 10 minutes, Swansea forward Daniel James had twice tested Tim Krul as the visitors aggressively took the game to their hosts, but though Norwich struggled to move out of first gear, it was they who posted the better chances. 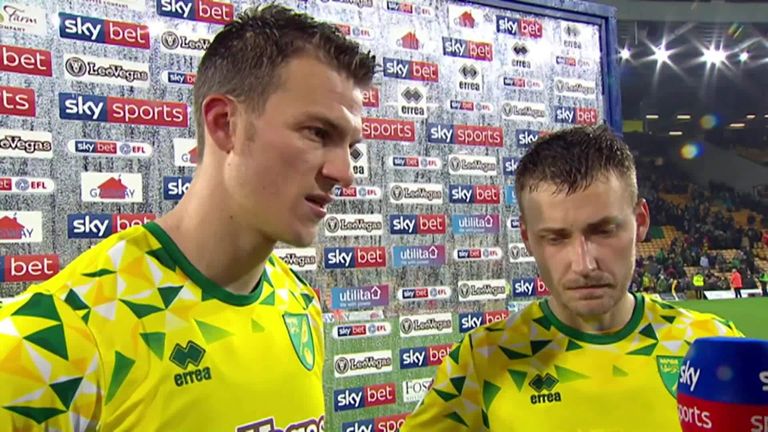 Tom Trybull found Onel Hernandez on the left flank, but his square ball across the six-yard box went unchallenged and seconds later, Teemu Pukki broke free of his marker and sent a low shot beyond the far post.

There was a flicker of fight from the hosts after the break, but Krul was almost left red-faced after a poor touch on a back-pass created chance for the energetic James, though the Dutchman quickly recovered his composure.

Norwich boss Daniel Farke named the same starting 11 as the one that beat Millwall 3-1 last weekend, while Graham Potter was forced into one change following the 2-0 victory over nine-man Bolton last time out - Bersant Celina replaced Oli McBurnie, who missed out due to illness.

Fortunately for him, the mistake was hastily erased from memory. At the other end, Hernandez held the ball up inside the 18-yard box, drew the Swans backline away from Buendia and cut the ball back for his team-mate, who took a great touch and blasted a superb strike into the back of the net.

The sense of anxiety around Carrow Road was evident in the closing period of the game, with Mike van der Hoorn heading a corner over the bar, but Pukki - who is just one goal away from becoming the first Canaries player to reach 25 goals since Chris Sutton in 1993 - hit the post with the final chance of a hard-fought victory.

Man of the match - Emiliano Buendia

His frustration was clear at certain periods in the game after a series of poor passes, but on an evening when Norwich as a team failed to live up to recent expectations, Buendia will certainly be excused after scoring the stunning goal that secured the points on Friday evening.

🍾 Goalscorer @Em10Buendia is Man of the Match 🍾

Norwich are 5️⃣pts clear at the top of the @SkyBetChamp, the biggest lead by any side this season pic.twitter.com/w9lV6PhSL5

On a handful of occasions, the Argentine set Teemu Pukki free with clever passes, but in the end, he could not cap the evening with an assist.

Daniel Farke: "I don't look too far ahead - it was an unbelievably complicated game. Swansea were fantastic, for me, in terms of their possession, structure, their build-up, how they were able to bypass our pressing. They were the best side we've played in recent months. 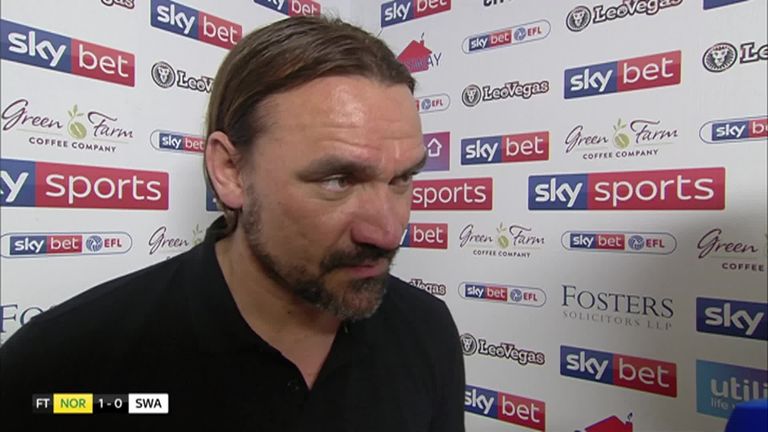 "It [Buendia's goal] was a sign of quality and class. I was pretty pleased with the build-up to the goal; Onel Hernandez with a great move and waited for the right moment to make the pass. It was necessary for Emi Buendia to add a goal today because in the last games he was just there with assists."

Graham Potter: "I think it was a really good performance from us. I really enjoyed the personality, the effort the players put in, the quality as well. I think it was a good game, it was two good teams, but...a bit of quality has outdone us and that's what happens when you are top of the league. 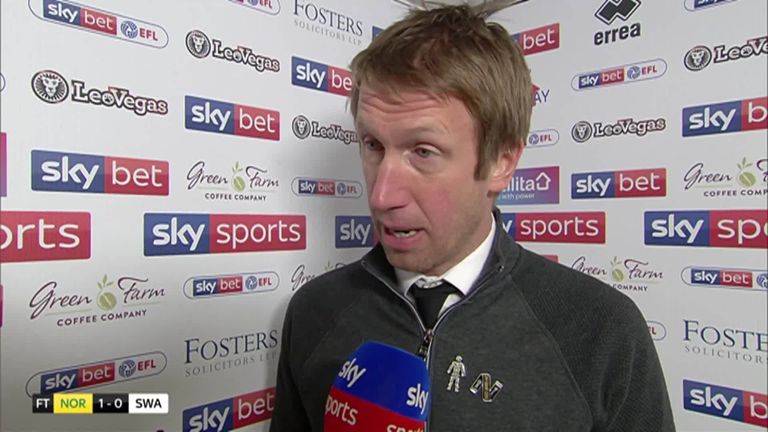 Graham Potter says he is really pleased with a strong team performance from Swansea, despite their 1-0 defeat against Norwich

"That the challenge for us to do that [challenge title-chasing sides] and do it on a consistent level. Our performances has been improving over the season, we just haven't managed to get the consistent level of results that you need, but you can see what we are trying to do, the effort and the quality of the players - we're just going to keep working."