Scotland vs Czech Republic: Are things starting to turn for Tartan Army?

A year ago this week, Scotland were thrashed 4-0 by Russia to leave their hopes of qualifying for Euro 2020 reliant upon the play-offs.

An alarming second-half collapse marked a fourth straight defeat under Steve Clarke and Scotland looked well off the pace. The Moscow debacle officially ended the side's remote hopes of a top-two finish and left them in fifth place in Group I, four points behind third-placed Cyprus.

However, with the guarantee of a lifeline as a result of winning their Nations League group, Scotland have been showing signs of improvement under the former Kilmarnock boss. There is a growing sense of euphoria surrounding the national team. 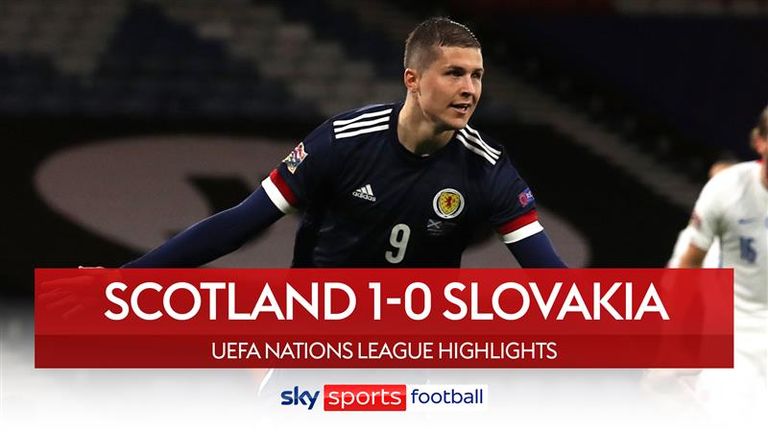 Scotland are unbeaten in seven internationals, winning five of them, after losing four in a row before that. They last enjoyed a longer run without defeat between 1987 and 1988 under Andy Roxburgh - and Clarke's men can match that on Wednesday.

In beating Slovakia on Sunday, Scotland top their Nations League Group B2 to continue their steady progress, and another victory over a weakened Czech Republic this week would put them in a strong position to achieve a World Cup 2022 safety net.

Wednesday also provides players with the final chance to impress Clarke before the Euro 2020 play-off final in Serbia next month. It is fair to say Scotland have been clinical in front of goal. Lyndon Dykes has found the back of the net in each of the side's last two UEFA Nations League games, with the QPR forward's two goals coming from just two shots on target in total.

"As the game went on we started creating more chances and started having a bit more belief," Dykes said following the Slovakia win.

"We played a long game the other night, 120 minutes, but still kept pushing towards the end and had a few more chances. As the game went on we kept getting better.

"When the goal went in I definitely thought everyone's shoulders dropped and relaxed a bit more and that's when we started getting a few more chances. "It was all positive but we are going to focus on the next game to make sure we are still top of the group. Hopefully we get the three points and I get a hat-trick."

Dykes has quickly shone in international football, having just moved from Livingston to QPR. The 25-year-old has brought Scotland a presence and a physique up front with midfielders able to run beyond his hold-up play.

"I've been really enjoying coming in the Scotland camp with the boys," he added. "I feel at home and I enjoy getting away with them and learning. They are a great bunch of lads. I am sure we have a great future ahead of us. Since I have come in I think we are only getting better.

"Everyone knows when you go away for internationals, you don't get a lot of time to work on things and what the manager wants. But each time I have come in, training-wise, we are just getting better, getting more understanding. The squad is getting better and I think we are gelling well."

As it stands, Dykes is the man in possession of Scotland's No 9 jersey and the team as a whole are thriving off his many attributes.

Analysis: 'Winning football all that matters' Scotland manager Steve Clarke has transformed the side into a winning team and is starting to turn the tide, according to Kris Boyd

"We've got loads of talented players but it's been about trying to find a formation that's going to work for us. I've heard it all before about the demand to play exciting football under Gordon Strachan, but we still didn't qualify.

"If you go back to my time under Walter Smith as well, we were very lucky. Alex McLeish came in after that and we had periods under George Burley and Craig Levein where it didn't really work out.

"All we keep hearing is that 'we've got better players but we're still not getting results'. The most important thing right now is that we're winning games of football. We're into the final of the European Championship play-offs, we've got the chance of qualifying for a major tournament.

"We're top of our Nations League group and if we beat Czech Republic on Wednesday we'll go four points clear after four games. It may not be exciting on the pitch, but the whole country needs to get behind Steve Clarke and his team because there is a sense that things are starting to turn.

"I keep hearing people talking about football being played the right way, especially in the Premier League last season. No disrespect to Norwich, but people were saying they were playing football the right way. But they got relegated. There is only one way to play football and that's winning games of football. That's exactly what Scotland are doing at this moment in time." 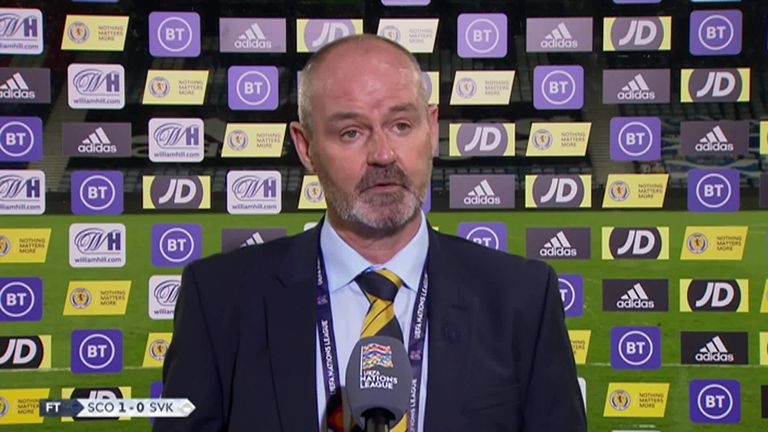 Liverpool full-back Andrew Robertson picked up a booking, for kicking the ball away, which rules him out of Wednesday's game and manager Scotland boss Steve Clarke says he will look into the possibility of calling up another defender.

The Czech Republic have assembled a 32-man reserve squad for Wednesday's trip to face Scotland at Hampden - in case their regular squad is ruled out amid coronavirus problems.

The visitors travelled to Cyprus last week for a friend without Viktoria Plzen trio Lukas Kalvach, Jan Kopic and Zdenek Ondrasek after one of their team-mates tested positive.

Scotland beat a second-string Czech side 2-1 in Olomouc last month after their opponents named an entirely new squad after being affected by a coronavirus outbreak ahead of their opening Nations League win over Slovakia.

Scotland vs Czech Republic is live on Sky Sports Premier League from 7pm; kick-off is at 7.45pm. You can also follow in our dedicated match blog on Sky Sports website and app; Watch in-game goals and free match highlights shortly after full-time.