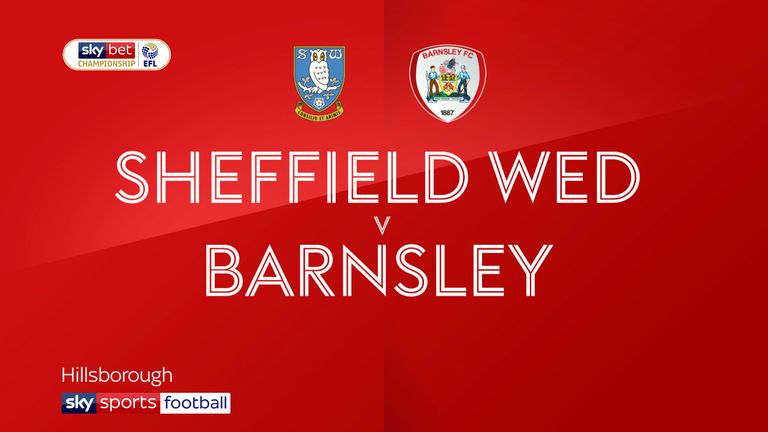 Highlights of the Sky Bet Championship match between Sheffield Wednesday and Barnsley.

Sheffield Wednesday took all three points in this South Yorkshire derby as they beat Barnsley 2-0 thanks to a debut goal from Jacob Murphy and a fine Steven Fletcher strike.

They have now won their opening two league matches of the season for the first time since the 1996/97 Premier League campaign.

Both sides came in on the back of impressive opening day victories.

The Owls were gifted the chance to take the lead inside two minutes. Cameron McGeehan's misplaced pass found its way to Kadeem Harris whose initial shot was blocked only to fall for the debutant Murphy who calmly slotted the ball home with a cool first-time finish for his and Wednesday's dream start.

Although behind, Barnsley looked the better side and were looking to get the ball down and play but struggled to create a real opening inside the first half an hour. Adam Reach nearly doubled the Owls' lead when a fine piece of play from Fletcher released Reach on goal but his attempted chip was smothered well by Samuel Radlinger.

Malik Wilks, who was painfully quiet in the first half, created Barnsley's biggest chance in the first period, his cross was headed down by McGeehan and eventually fell to Cauley Woodrow who, at full-stretch, fired a half volley at goal which Dawson did superbly well to keep out.

Like the first half, Wednesday started the strongest in the second. A brilliant piece of skill by Reach on the halfway line gave him the space to release Harris down the middle but as the winger ran out of steam so did his shot which was comfortably saved by Radlinger.

Wednesday were pushing for a second and doubled their lead on the hour mark. Kieran Lee's square pass to Fletcher allowed the Scotsman to open up space with a neat drop of the shoulder before rifling a left-footed shot into the bottom corner.

Barnsley substitute Mamadou Thiam nearly pulled one back, Thiam received the ball in the box before cutting inside and beating Dawson with a shot only for Julian Borner to heroically clear off the line.

Wednesday reinforcement Massimo Luongo could have opened his account for the Owls immediately after coming off the bench. Fellow substitute Jordan Rhodes found Luongo in the box, but he could not find a way past Radlinger.

Sheffield Wednesday caretaker manager Lee Bullen: "We set out a game plan and we stuck to it right to the very last seconds of the game. We watched Barnsley last week against Fulham and they pressed Fulham to death.

"So, we thought our game plan was to do the same today. I felt the players did that to a tee. The easy option when you get your second goal is to sit back and just soak up the pressure. But we put our substitutes on who had a magnificent effect on the game as well and just gave us the energy we needed. If you're being greedy, we could have scored one or two more with the opportunities we had."

Daniel Stendel: "I'm more upset with the performance. We need to congratulate Sheffield Wednesday for the deserved victory. We didn't play as well as we can play.

"It wasn't the best start from us, conceding in the first minute in our first away game but Wednesday played a simple but effective game."