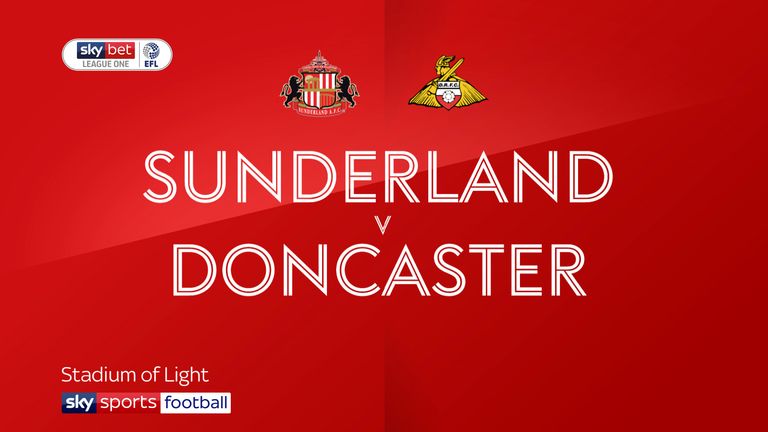 Highlights of the Sky Bet League One match between Sunderland and Doncaster Rovers.

Sunderland extended their unbeaten run to eight Sky Bet League One games as they were held to a 0-0 draw by Doncaster Rovers at the Stadium of Light on Friday night.

Joel Lynch found the side-netting in a first half devoid of openings, while Jon Taylor powered a header the wrong side of the post shortly after the restart.

The Black Cats tightened their grip on the game as the second period wore on, but in spite of Rovers boasting the divisional record for most goals scored after the 80-minute mark, the game petered out with neither goalkeeper beaten.

As the resurgence of Phil Parkinson's side continues, they move above Oxford into fifth, while Doncaster stay 10th, three points adrift of the play-off places.

How promotion hopefuls cancelled one another out

There was quite the buzz on Wearside in the build-up to kick-off; with FA Cup weekend in full swing, League One took centre stage and there was a chance to create an impressive advert for the league, particularly given Sunderland's recent revival.

But as the half-time whistle was blown, much of the game had been played in midfield and not a single attempt on target had been registered; perhaps to be expected as the division's two best defences came to blows.

The best chance of the first half was presented to the hosts with 21 minutes on the clock; Chris Maguire whipped a corner to the near post, but though Lynch climbed above Jon Taylor, he could only ripple the side-netting with a flicked header.

Sunderland boss Phil Parkinson named the same starting lineup from last weekend's 1-0 win over MK Dons, while Darren Moore - who was only able to name six substitutes - swapped James Coppinger and the injured Kieran Sadlier for Madger Gomes and Cameron John for Rovers.

Some questionable decisions from referee James Adcock perhaps overshadowed a dour first 45 minutes, too. He allowed a cynical challenge from Cameron John on Maguire to go unpunished early on, before booking Charlie Wyke despite the striker being clipped by Tom Anderson as he raced down on goal.

Proceedings improved after the break and after Taylor was unfortunate to place a header the wrong side of the post, he was left disappointed once more when he raced onto a through ball but slipped before he could test the hosts' backline.

Promising link-up play between Luke O'Nien and Duncan Watmore almost produced a winner for Sunderland in the closing stages, but the lack of a killer touch from both sides saw the game end goalless.

Man of the match - Tom Anderson

This encounter wasn't for the faint-hearted, but if nothing else, it gave both sides the platform to show their strength in defence. It was a busy evening for Anderson was the player who clipped Charlie Wyke before the striker was incorrectly booked.

But the defender's most important intervention came just before the hour mark, when he threw himself to the feet of Wyke as he took aim inside the penalty area and diverted the shot away from danger. A clean sheet at the Stadium of Light made it four for Rovers in the last five league games.

Sunderland's Phil Parkinson: "If you look at the last couple of home performances we've had, it probably is [no surprise it ended goalless]. But Doncaster came, made it difficult for us, credit to them. 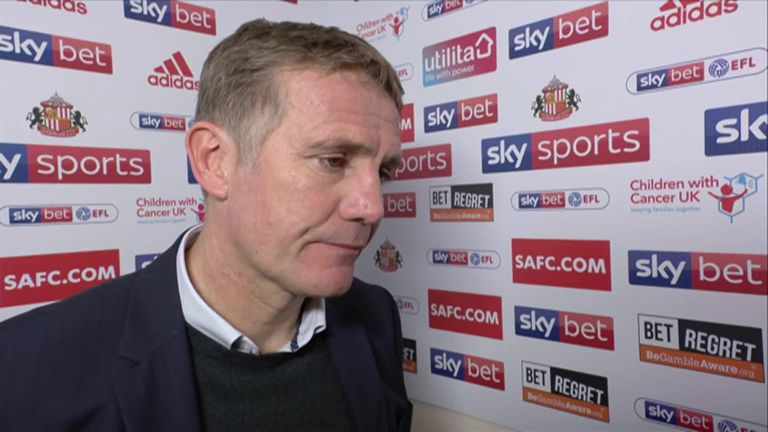 Sunderland boss Phil Parkinson says he is pleased with his sides eight-game unbeaten run after their 0-0 draw with Doncaster. Parkinson credited Rovers as they defended well to deny Sunderland all three points.

"First half, I thought we were 100mph without the ball and with the ball; second half we calmed down in possession and we did a lot better. We probably should've won it in the end but sometimes you've got to take a point and move on."

Doncaster's Darren Moore: "We did some tremendous work off the ball today, but I just thought that, in possession of the ball, we could've been a little bit quicker, cleaner with it. In the final third, we probably chose the wrong pass or let it go too, but it's a clean sheet and you can always build from a clean sheet. 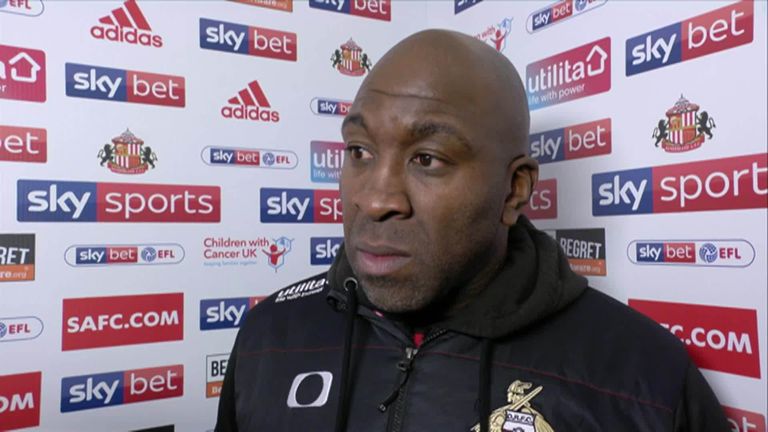 Doncaster Rovers boss Darren Moore was pleased with his sides defensive display as they drew 0-0 away at Sunderland to continue their push for a play-off place.

"Collectively as a team, but those two [Wright, Anderson] had to be strong. Playing aganst Wykey [Charlie Wyke], they asked questions Tom and Joe got their heads on the ball when they needed to and were in the right place at the right time."

Both sides are next in action in midweek. Sunderland travel to Tranmere on Wednesday night, while Doncaster host Southend at the Keepmoat Stadium on Tuesday.