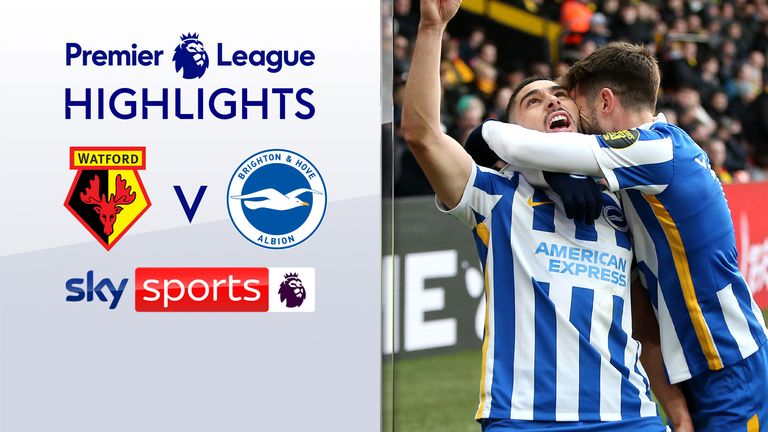 FREE TO WATCH: Highlights from Brighton's win at Watford in the Premier League

A superb Neal Maupay strike helped Brighton to a 2-0 win against relegation-threatened Watford as Roy Hodgson lost his first game at Vicarage Road.

The Frenchman hit a stunning first-time volley in the 44th minute, taking him level with Glenn Murray on 26 Premier League goals for Brighton.

Hodgson made two changes at half-time, including the return of Ismaila Sarr, to try and get Watford back into the tie, and their best chance came in a dominant period as the lively Emmanuel Dennis curled an effort onto the crossbar.

But Brighton secured the three points as Adam Webster (82) turned home from his initial blocked effort to see the Seagulls to a seventh game unbeaten in the Premier League. They remain in ninth on 33 points.

Watford only managed their first shot on target in the 88th minute and are deep in the relegation mire. They remain in 19th with Burnley and Newcastle yet to play this weekend.

Brighton began brightly in Hertfordshire, with Jakub Moder working Ben Foster early on. Maupay did well to screen a throw-in from Pascal Gross, with the ball rolling through to his fellow forward. Moder sent a stinging effort goalwards, but Foster leapt to keep it out.

Dennis was Watford's brightest attacking spark, and particularly tested Brighton defender Lewis Dunk in the first half. The Seagulls captain recovered well to stop Dennis' driving run just outside the area, with the Watford forward sending the free-kick wide of the target. It was a similar story just after, but his mazy run was eventually flagged for offside.

Watford's defending left little to be desired late in the half as an unmarked Dunk nodded a corner onto the top of the goal, but Brighton did take the lead before the break. It was a sensational hit from Maupay, who collected Tariq Lamptey's cross into the area before hitting a first-time volley that fired past Foster.

The hosts looked invigorated as Africa Cup of Nations champion Sarr returned to Premier League action for the first time since November.

Watford should have equalised just after the hour as Dennis rattled the crossbar. He wriggled his way past a number of Brighton shirts, cutting inside before unleashing a powerful strike - but it smacked the woodwork before going wide in Watford's best chance of the game.

But the pendulum soon swang in Brighton's favour, seeing a few chances to add their second. A bobbling ball was fired wide by Moder, before Marc Cucurella forced another good save from Foster.

They soon put the game to bed with their second with eight minutes of normal time to play. Webster drove through the area with little trouble as a corner was delivered, with his first effort blocked by Kiko Femenia. However, the rebound landed kindly for him as he swept past the goalkeeper.

Worryingly for Hodgson, Watford's only shot on target did not happen until the 88th minute. It came from Sarr too as he fired a quick effort goalwards but Robert Sanchez, who had little to do until that point, made a good stop.

Brighton to continue their good away form, now losing just one of their 12 Premier League games on the road this season - no team has lost fewer games. Watford, meanwhile, equal the Premier League record for the number of home Premier League matches without keeping a clean sheet (17), joint with Sunderland (2003-05), Blackpool (2010-11), West Brom (2010-11) and Wolves (2011-12). 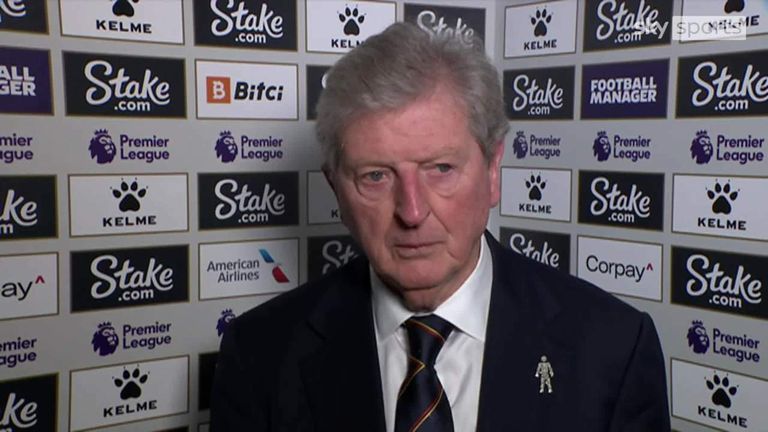 Watford manager Roy Hodgson: "My thoughts are that we weren't good enough to win it.

"I thought our first-half performance was much worse than I was expecting it to be. Having analysed the last two games, we've seen the players in training, we had high hopes.

"But certainly in the first half, we did a lot to dash those hopes ourselves. I thought the second half, we did start more brightly. I thought we did show a bit more confidence and play the sort of football that I've been expecting to see the team play.

"And then, because we concede that goal just before half-time, we felt the need to pile some attackers onto the field in order to try and get a goal back, which almost worked for us with (Emmanuel) Dennis' shot against the crossbar.

"But it also led to some counter-attacking opportunities for Brighton which they were able to take and put the game beyond our reach with about 10 minutes to go."

Potter: Our patience paid off 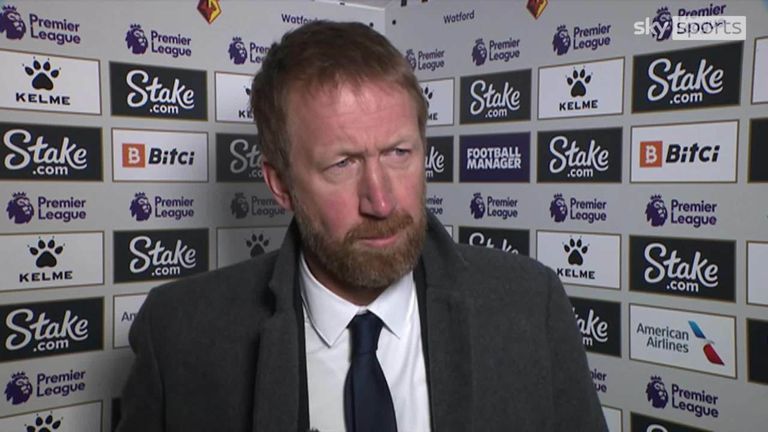 "I thought we played a really good game, I thought we reacted well throughout the game, good reactions when we lost the ball, good patience when we had the ball, tried to attack.

"It's not easy against Roy's teams because they defend well. You've got to be patient and wait for the opportunity to attack and we did well.

"I think our subs helped us and we wrestled it back and finished the game strongly, so credit to the players."

Maupay may have grabbed the headlines for his stunning strike, but it was his team-mate Lamptey who impressed most at Vicarage Road.

From the first minute the full-back's intent was obvious. His pace and tenacity down the right-hand side caused Watford problems throughout, with his pin-point cross to find Maupay for the opening goal the highlight of a commanding performance.

There is a reason why Lamptey has been linked with a move away from Brighton. The former Chelsea youngster quickly became a fans' favourite after signing for the club two years ago, and his admirers already extend far beyond the Amex.

Tottenham were interested in signing the 21-year-old last summer but with his Brighton contract not expiring until 2025, the south coast club have some much-needed leverage if any of the Premier League's 'big six' come calling again.

But despite a yellow card for a reckless tackle late in the second half, he was instrumental in almost every promising Brighton attack and, if he can consistently perform at this level, Potter will do well to keep hold of him.